The first game to bear the name "Final Fantasy" is regarded as both a genre-defining classic as well as a building block for a legendary franchise to follow.  But is this piece of history still worth visiting today, or should it just remain a milestone and little else? 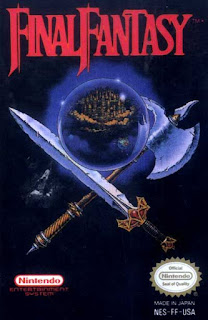 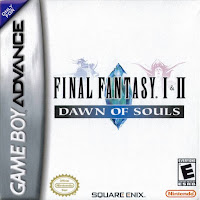 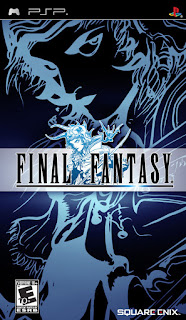 It's a story known to most any long-time RPG player, but for those unaware, I'll summarize: Square was a relatively unknown company throughout most of the the 80s, relying on one small hit after another to keep afloat.  Games like Rad Racer were modestly popular in their time, but others like 3D Worldrunner and King's Knight were much less so.  On the verge of bankruptcy, they took a chance on Hironobu Sakaguchi's pitch for an RPG inspired by the likes of Wizardry and Ultima.  Looking for a snappy title, they settled on "Fighting Fantasy" at first, but after finding that the name was already in use, they redubbed it "Final Fantasy" in reference to both their tight financial situation and for the fact that Sakaguchi likely would have left the game industry entirely we're it not a success.  However, it proved to be a hit in Japan and abroad, reviving the company and kicking off a long-running media franchise that persists to this day.

It's not hard to see why it was popular, either.  Computer RPGs were still outside many gamers' reach, but Final Fantasy managed to provide an experience on par with any good Wizardry or Ultima game while taking advantage of the NES's hardware.  The game's visuals are bright, colorful and polished, with intricately detailed town sprites and quite a few creative (and grotesque) enemy designs.  Having your characters on-screen, visibly swinging swords and firing spells at one's enemies, was actually a pretty novel idea for the time too (and some competing franchises like Dragon Quest would continue to avoid that as late as the Playstation 2 era).  Nobuo Uematsu (who would go on to become a legendary composer and contribute to nearly every major Square game to follow) also showed some of his finest work to date here, with distinct, memorable tunes for each era and the iconic Final Fantasy theme making its first appearance as the player stepped off the starting continent into a larger world.  His  tunes also add tremendously to the bleak atmosphere of the game, carrying the mood of a world falling into decay and slowly being overrun by freakish monsters.  Even the town themes have a sad feel to them, with their largely-empty streets and the music carrying a somber mood.

Another relatively new feature at the time for JRPGs was the ability to customize one's party to their liking.  Rather than simply having a party of pre-fabricated characters, one was afforded four character slots, each of which could be filled with one of six classes - the Fighter, Thief and Black Belt were the more physical choices, while the Red Mage, White Mage and Black Mage would comprise the more magic-oriented characters.  The Fighter was your typical RPG brute, being able to take hits, equip and use almost any weapon and armor one finds and deal heavy damage with them, the Thief was faster but couldn't equip heavier weapons and armor, while the Black Belt started off weak, but gained HP at a rapid pace and would eventually develop to the point of being able to kill monsters more effectively with their bare hands than with a weapon.  White Mages cast healing and supportive spells for the most part, while Black Mages were centered more on destroying enemies with powerful elemental spells.  The Red Mage fell somewhere in the middle of all of these, being able to equip lighter weapons and armor and able to cast both White and Black spells, but having fewer options for spells and mediocre stats overall.  As in Wizardry, one also had the ability to upgrade their characters to a more powerful "prestige class" after completing a particular side-quest during the game, making their character more powerful and changing their sprites to look more, well, 'legendary'.  And of course, all six of these classes would  become staples of the series and be joined by many others in later entries, with the expansive class system becoming a defining element of the franchise.

Final Fantasy is also among the first JRPGs I know of to utilize a wide variety of vehicles throughout the adventure.  This begins at first with one getting a boat to travel the seas, making it a relatively open-ended adventure in the early stages (though, as with a lot of early games of this type, venturing too far abroad can leave you severely outmatched by enemies far above your level of power).  Later, one acquires a canoe to sail up rivers and reach areas they wouldn't be able to by foot or by ship, and eventually, one gets an airship, letting them essentially travel the world freely as long as they can find somewhere to land (usually a grassy plain).  This progression would become a staple of many JRPGs to follow, with later entries having to figure out new twists on the formula to distinguish themselves.

As with many other RPGs of the period, combat is one of the major focuses of Final Fantasy, with enemies often attacking in large groups of up to nine smaller monsters or four larger ones (or combinations thereof).  This, paired with the relatively limited number of spell slots one is afforded, makes getting through some dungeons a harrowing test of endurance.  It's not uncommon that one will have to stop and grind battles for a couple of hours to toughen up their party enough to survive a dungeon, and even then they can still be taken out by a stray Death or XXXX spell.  Basically, grinding and saving before entering any dungeon, as well as making two trips (one to gather all the treasures, the other to beeline straight for the boss at the end to conserve resources) become key elements of the overall strategy.

This is also not aided by Final Fantasy's somewhat dated UI.  There is no option in the original version to mass-buy items, so purchasing and using potions and antidotes must be done one at a time.  Potions themselves are limited in function too, only restoring about ~30-40 HP, making them best saved for between-battle patching up instead of using them mid-fight.  The original version of Final Fantasy also famously does not automatically shift one's attack targets after an enemy has fallen, meaning that if two characters target an enemy and the first one kills it, the second character's attack will hit nothing and be wasted.  Carefully measuring enemy strength and not just mashing one's way through weaker foes quickly becomes important.

Final Fantasy is also a notoriously buggy game, with many item effects and spells not performing as described in the manual or, in worst cases, doing nothing at all.  One of the most infamous examples of this is the Intelligence stat; it actually has no effect on spells at all in the NES port, meaning Red Mages are just as effective at casting spells as a "pure" spellcaster.  Most weapons that purportedly do extra damage to a particular enemy, like the Were-sword, Rune Sword and Dragon Sword, actually don't factor in the extra damage to particular enemy types.  Buffer spells like Temper and Saber don't actually boost attack, the LOCK spell doesn't work at all, while the LOK2 spell, rather than weakening an enemy's Evasion stat, will actually increase it.  Most of these errors were addressed in later ports and remakes, but make for a very unbalanced experience on the NES.

But in spite of these flaws, Final Fantasy I won over many gamers in its time and continues to be regarded as a classic today.  Maybe not as beloved as some later entries in the franchise, but for one of the earliest games that tried to combine the depth and strategies of a quality CRPG with the polished presentation of a console experience, it was definitely a success.  Certainly worth a look for any serious RPG historian, though if you're looking to experience it with some more modern sensibilities applied, I'd say check out one of the remakes instead; preferably the Dawn of Souls compilation for the Game Boy Advance, the PSP version or even the 2021 pixel remaster. 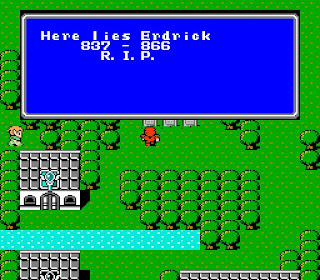 Developer: Square
Publisher: Square
Platform: NES, MSX2, Wonderswan Color, Playstation, Game Boy Advance, Playstation Portable, iOS, Android, Windows Phone, Nintendo 3DS
Released: 1987, 1990, 2000, 2003, 2004, 2007, 2010, 2011, 2012, 2015
Recommended Version: The Game Boy Advance Dawn of Souls version is probably my favorite, retaining the overall simple style of the game but polishing it up to the standards for the platform, as well as fixing many bugs present in the original release, reworking the spell system to a more traditional MP-driven one and adding in some extra dungeons and new content like a Bestiary.  The PSP version is very similar, though with completely redrawn (and quite nice) visuals and upgraded music to take advantage of the platform's capabilities, though the encounter rate on this version seems to be unusually high.