After a not particularly well-received second entry to the franchise, Final Fantasy III went back to what made the original great, restoring the class system while retaining a lot of the polish that 2 brought to the table.  But was this game successful at restoring the franchise to glory, or is this just another one that most people will want to skip? 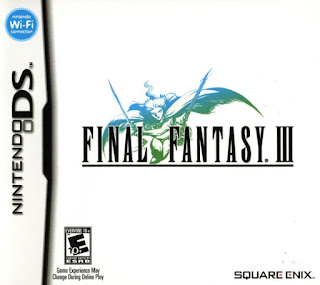 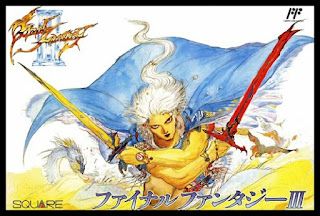 The last of the 8-bit Final Fantasy games and the only one that didn't see release in the west until a remake 15 (!) years after the fact, Final Fantasy III was one of the least-known games in the series for a good while, even among RPG enthusiasts.

Thankfully, when emulation and fan translations came on the scene, it got as much of a chance as any other game in the series did, and what we found was a quality experience that ranks among the platform's finest.  The unpopular, stat-by-stat leveling system from Final Fantasy II was thrown out in favor of one that used traditional levels, the game sported significantly more interactivity with switches to flip, doors to open and many hidden items in towns and dungeons to find, and the class system from the first game made a return as well.  However, the latter saw a major expansion, as there were a grand total of twenty-three to play with - nearly twice as many as the original game.

You don't get to pick from all of them at the start, though.  As in the later Final Fantasy V, you start with just a generic class - the generally lousy Onion Knight - and earn more as the game progresses.  At first these largely fall along the lines of the first game's - Fighter, Monk, White Mage, Red Mage, Black Mage - but as you go on, you'll begin to see not just twists on the familiar ones, but several that are totally new to the franchise.  To name a few - the Thief class, no longer just a glorified faster but lighter-armed Fighter, now has the ability to steal items mid-battle, flee from a fight with less chance of failure, and open locked doors without a key.  Knights are armored fighters who can cast low-tier magic and defend critically weak characters from attacks that would kill them.  Dragoons are fighter-types who wield spears and can use the Jump command to remove themselves from the fight for a turn, coming back in with a powerful diving strike that does heavy damage.  This was also the first appearance of the iconic Summoner class and many of the iconic summons thereof - Ifrit, Shiva, Titan, Odin and so forth.

All fun stuff, but the overall balance between the classes leaves a bit to be desired.  Several of the classes one acquires later are basically straight upgrades to the base classes, making the older ones totally obsolete.  Others are very situational, such as the Scholar (who can see enemy weaknesses and stats and cast low-tier magic - only really useful in one fight where the boss constantly shifts weaknesses) and the Dark Knight (whose weapons are the only ones that don't cause certain enemies to split into two).  Others still are nearly useless, like the Bard; his attacks are weak but debuff enemies, while the Cheer command acts as a low-level party buff and Scare will sometimes (rarely) cause enemies to flee.

That sums up the game as a whole too - the overall challenge of it is uneven at times, with the occasional ridiculously hard boss fight that you'll have to stop and grind to defeat, or just use underhanded tactics on.  One early example of this is a rat boss that must be fought while the entire party is in Mini state, making your fighters effectively useless as their attacks do only 1 HP of damage and forcing you to spam magic while enduring his ridiculously strong attacks.  Another notorious example comes near the mid-game; a particular boss that spams powerful lightning attacks every turn - more than enough to outpace party healing spells.  The only effective strategy I found, other than grinding for hours, was to make the entire party Dragoons and spam jump to both evade his attacks and hit him until he went down (and even then, only one character survived the fight).  This is also not aided by the game featuring no mid-dungeon save points at all - not even in the later remakes, so dying at a boss can mean redoing upwards of an hour of work.

Still, the game does manage to avoid being too frustrating by doing what Final Fantasy has always done best - providing a feast for the eyes and ears as you play.  While still relatively minimal in terms of animation, this is easily the impressive Final Fantasy game on the system visually, with huge, highly-detailed monster sprites and environments to explore.  The music in the game is great too, reworking the iconic theme to great effect and having some surprisingly moody music regardless of the situation - eerie dungeons, a bright and uplifting overworld theme, and an air of mystery when you step into the world at large and your quest truly begins.  The game also ups the ante as in-game vehicles go, providing the player with four different types of airships over the course of the game, each with differing abilities.  The two most interesting are the ones unlocked near the end - one doubling as a submarine and allowing underwater travel (necessary for some plot elements but also enabling secret-hunting elsewhere) and the Invincible, which has shops, item storage, beds for resting and even damages random enemies before fights truly begin by lobbing a bomb at them.  Fun stuff, and definitely keeps you invested in a pretty creative way.

So, despite its uneven design and some wonky balance in places, Final Fantasy III is a fine 8-bit RPG, telling an enjoyable story while throwing a lot of curveballs at the player, and leaving them free to figure out their own way past them.  There is plenty of side-content to experience along the way too, lending it quite a bit of longevity and replayability, and it's easily among the platform's best in terms of presentation.  It's a shame it's among the more shunned Final Fantasy games by Square, as it's easily worth a look for any serious fan (and, in my opinion at least, the 3D remake doesn't do the original justice). 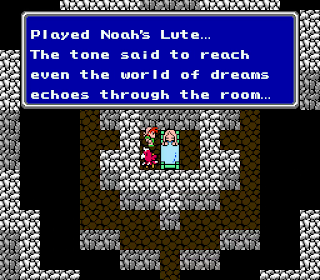 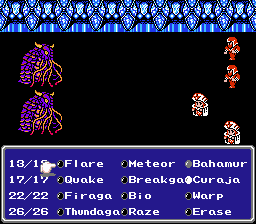 Developer: Square
Publisher: Square
Platform: Famicom, Nintendo DS, iOS, Android, PSP, Ouya, Windows Phone, Windows
Released: 1990, 2006, 2011, 2012, 2013, 2014
Recommended Version: Every release after the original Famicom version is a variation on the remake, which attempted to balance the classes more and add some more depth to the story by giving the main characters distinct names and backstories.  However, many of the battles are much smaller in scale (Typically only 3-4 enemies max instead of the original game's 8) and secret hunting is now done via a rather clunky "zoom in the camera to see the sparkles" mechanic, which doesn't feel as satisfying.  In addition, class level stat bonuses are made significantly higher, necessitating more grinding, and whenever one changes class their stats are lowered and they must fight several battles to get up to that classes' full strength, which is rather frustrating in places, especially late in the game.