The second entry in Sega's long-running Shining franchise and the first to use a turn-based strategy RPG style of gameplay.  But did Shining Force succeed at bringing this esoteric genre to consoles, or is this just one that shouldn't have been attempted? 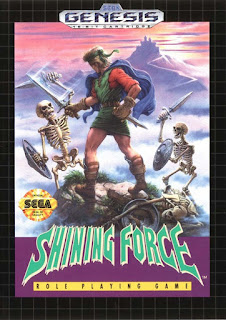 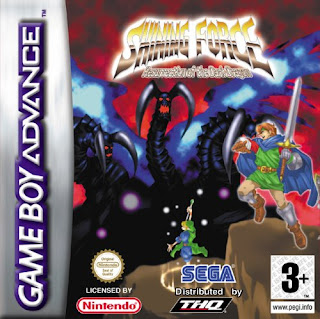 While far from the first game to attempt to bring turn-based strategy action to consoles (having been predated by Fire Emblem in Japan and a number of super in-depth genre games by Koei across numerous platforms), Shining Force is one of the first I'm aware of that really picked up a significant following in the west.  It's lauded by many die-hard fans as one of the best RPGs on the system, and the Shining franchise is a successful one that continues to get entries to this day (though mostly Japanese-exclusive and, from all I've heard, not really that great).

I didn't play Shining Force back in the 90s, but even as someone who has played it relatively recently, I can see why that was the case.  Shining Force certainly pulls no punches with its presentation, with large, colorful sprites, animated portraits for nearly every character in the game, some memorable and catchy tunes to carry the feel of battle, and in-fight cutscenes that feature more of the same - you actually get to see characters clash swords or summon waves of fire to decimate their foes, and it's all animated stunningly well for the Sega Genesis.  Even the framing device is a clever one, having the whole thing be a story read to you by an elf character who only appears on the game's startup screen.

There are certainly no shortage of enemy types to battle in the game, either - from giant bats to skeletons to demons to robots to serpents to evil dolls, the game is more than a bit reminiscent of early games like Might and Magic and Ultima which melded science fiction and fantasy elements together.  Each has unique strategies to consider, too, with bats avoiding most physical attacks, mages being able to damage groups of allies (necessitating that you don't group them too closely together) and bosses generally having large area-of-effect attacks that you must evade.

Battles are generally quite large in scale too - not just limited to a single screen, you can sometimes get into fights on fields that are two or three screens tall and wide, packed with enemies almost every step of the way.  This can make it quite difficult to win through on your first attempt, even if you bring along plenty of herbs and the best equipment available; however, your protagonist has the Egress spell from the start, which will allow your army to escape battle, return to the previous town and restock, keeping all of the experience they've earned from the fight.  Basically, you can't ever really get stuck in an unwinnable state; it may take you several attempts to power up enough to clear a battle, but it's always something that can be done.

One of the game's greatest strengths, though, is its cast of playable characters.  There are a grand total of 30 in the game (33 in the GBA version), and each is pretty distinct, having unique sprites and, for the most part, very different capabilities. Some wield bows and throw spears (which have longer range but less damage than melee weapons), others cast spells, and, later in the game, you get some downright strange ones - a werewolf, a robot, a flying squid that casts ice spells, and even a dragon.  That variety, plus unique traits like being able to instantly kill enemies regardless of their HP or fly over obstacles that would impede most characters, encourages the player to experiment and find which ones work best.. Building on that, nearly all characters have the option to be promoted after reaching a certain level of experience, giving themselves a significant attack boost and a new set of sprites.  While far from the best balanced cast - some characters are virtually useless while others simply dominate everything, particularly in the late game - the amount of variety Shining Force provided was pretty staggering for 1993.

Shining Force does show its age in some ways, though.  The battle animations do get repetitive after only a short while, and there's no real way to stop or speed them up, so you'll be seeing an awful lot of the same few attacks over the course of the game.  Shining Force utilizes the same flawed experience system as a lot of early RPGs too - landing the killing blow on an enemy is by far the best way to gain points, which can be frustrating when you want to level up less combat-inclined characters (like healers and mages with a limited amount of MP and weak physical attacks).

But even with a few faults, it's not hard to see why Shining Force was such a well-received game and more or less Sega's flagship RPG franchise of the '90s.  Its stellar presentation and polished, relatively fast-paced gameplay made it a treat for the more actiony style of Japanese RPGs, and it provided enough depth and variety to keep things fresh for those more used to the more methodical philosophy of computer RPGs.  I wouldn't call it one of my favorites, but it's one that's certainly worth checking out if you're looking into the older classics. 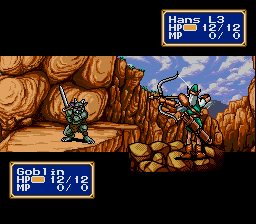 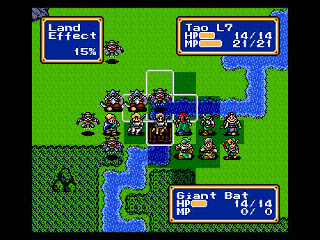 Developer: Climax Entertainment, Sonic!  Software Planning
Publisher: Sega
Platform: Sega Genesis, Windows, GBA, Wii, iOS, PC
Released: 1993, 2004, 2007, 2010, 2011
Recommended Version: Most versions are simply direct emulations of the Sega Genesis original, though the GBA version is more of a remake, having redone graphics, rebalanced gameplay and some extra features, such as adding three new playable characters, an expanded storyline and a difficulty level that scales each time one completes the game, making it more challenging for the next playthrough.  Worth a look, though the weak audio quality and CGI art style don't have the same charm as the original.
Labels: ⭐⭐⭐, 1993, Full Reviews
Newer Post Older Post Home