Released three years after the original Torchlight and a computer-platform exclusive for many years, Torchlight II promised to be to its franchise was Diablo II was to Diablo I.  But did it live up to this promise, or was this just a sequel to forget? 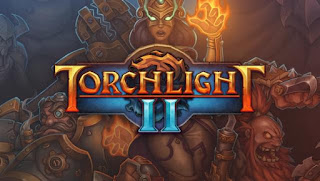 Torchlight was generally regarded as a competent and fun Diablo clone from several of the original game's creators, but it didn't end up being a game that held people's attention for terribly long; chiefly because the game lacked the multiplayer component that propelled the Diablo franchise to stardom and makes it a fan favorite to this day.  So, a few years later (and a year after Diablo III was launched on PC), Torchlight II set out to fill that void, adding in multiplayer from the get-go as well as some useful new features.

Torchlight is a more player-friendly experience than its big brother, though, and this shows in a number of ways.  First is that one is not compelled to hoard gems and rare items for the late game; through the use of town smiths, one can destroy a piece of armor to recover the gems inside it, or free up any slots in the item by destroying the gems; effectively, you lose something either way, but you also reclaim valuable resources for later use.  Character stats aren't also irreversably committed once you allocate them - you can roll back a level or two of stat and skill points to tweak your character a bit if you end up taking something you don't want by accident.  Each quest in the game also offers one of three rewards, which you get to pick from so that you don't get stuck with something you don't want, and the game is also fairly generous with Rare and Legendary type equipment, ensuring that you don't have to grind for hours or even days to get stuff that works for your character.

As with Diablo II before it, Torchlight II takes steps to completely revamp the game's class system.  The three classes from the first game (Destroyer, Alchemist and Vanquisher) are gone, replaced with four new ones.  The Engineer uses slow, heavy-hitting melee weapons and can construct various mechanical drones to assist in combat - whether fighting enemies or providing buffs to the Engineer and his team.  Outlanders wield ranged weapons (whether dual-wielding pistols or using a single rifle) and utilize magical effects to debilitate enemies with poison, drain health or control the field with barriers.  The Berserker is a short-ranged fighter with great crowd control options and skills geared toward dual-wielding and absorbing health, and can also summon animals to assist in battle.  Finally, the Embermage is somewhat similar to Diablo II's Sorceress, using spells themed around one of three elements (Fire, Ice or Lightning), each with its own set of supportive abilities.

Pets return from the first game too, though with several new choices available (from badgers to alpacas to stags) and a few new mechanics attached.  Feeding your pets fish allows them to temporarily (or permanently) transform and gain new abilities, resistances and powers.  In addition to collars, pets can equip up to two Tags that grant them further stat boosts.  Their main purpose from the first game - hauling loot back to town and converting it to cash - is expanded too, with the player even able to command them to return with potions and scrolls to let them stay in the field even longer.  One can set their AI to one of three presets (Aggressive, Defensive or Passive), and even let them equip scrolls to learn up to four spells.  Basically, they've become very viable AI partners in their own right, and prove to be an integral part of one's strategy whether solo or playing with a group.

Torchlight II's biggest improvement, though, is of course its multiplayer functionality.  Game sessions support up to six players at a time and work over both internet and LAN.  Optional PVP is implemented, while co-op remains a solid and seamless experience.  This is in part owing to the fact that loot drops are tracked separately for each player; effectively, if you see something drop on your end, you can pick it up without fear of upsetting other players, as they get their own sets of loot on their side of things.  Of course, one can still trade items and resources with other players through the in-game trade system, while a shared loot chest in town allows the player to trade equipment among their own created characters with a minimum of fuss.

Torchlight II also supports mods, which led to a lot of new content (from new classes to quests to dungeons to features like getting double points for a level or even an infinite, randomly-generated dungeon for efficient loot-gathering).  But what is truly remarkable about this is that  mods can even be used in online play, letting an entire group enjoy a shared experience.  There is one important caveat, though - each player has to take care have the exact same set of mods installed, or they won't be able to play together.  Thankfully, the Steam Workshop does provide a relatively efficient way to make this work, but those downloaded from other sides may prove problematic.

Basically, Torchlight II is everything its predecessor was and so much more, providing an online multiplayer action-lootfest experience that easily ranks among the genre's finest.  There may still be a great amount of debate as to which game does it best, but Torchlight II is certainly among the higher echelon. 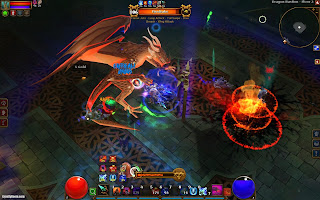 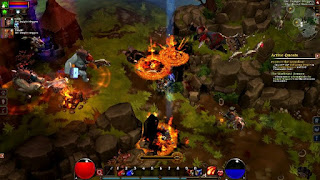 Developer: Runic Games
Publisher: Runic Games
Platform: PC, OS X, Linux, Nintendo Switch, Playstation 4, XBox One
Released: 2012, 2015, 2019
Recommended Version: All of the computer versions seem to be more or less identical, so pick whichever suits your platform of choice.  As of this writing the console ports have not been released.