Ys VI: The Ark of Napishtim

The sixth mainline Ys game marked a return of the franchise in the west after more than a decade, as well as revamping its gameplay to something more akin to an action-platformer.  But did Ark of Napishtim prove to be a welcome return for a forgotten franchise, or was this one franchise that should have stayed in obscurity? 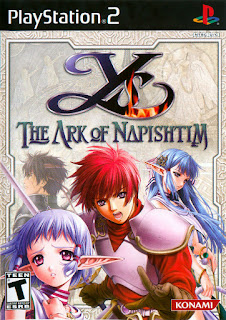 Fans of RPGs in the late 80s and early 90s probably at least knew about Ys, which took the basic gameplay of Hydlide and made it into a much faster-paced, more polished experience.  But while the game acquired some moderate fame for being the pack-in title on the Turbografx-CD and showing what the expanded multimedia capabilities of the format could do for the genre, that didn't change the fact that RPGs were still a fairly niche genre at the time.  The fact that its sequel, the much-maligned Wanderers from Ys, wasn't particularly well-liked among fans or newcomers alike probably didn't help its appeal either, and so for a long time, the Ys series was unknown in North America.  Even in Japan it had gone on a long hiatus, skipping an entire console generation before resuming with a few remakes on the Playstation 2.

Finally, after several years, a new game would appear in the franchise in Ys VI.  More shockingly, it was actually brought to the west by Konami, who even went so far as to add voice acting and rework the FMVs to a more realistic CGI style instead of the series' trademark animated visuals (though the in-game graphics were left unchanged).  They would even go so far as to include an exclusive cheat mode that would let the player input sequences of buttons to unlock features early, unlock the original animated FMVs, or start the game with powered-up weaponry or at a higher level.

Beneath the outer wrapping, though, Ys 6 on the Playstation 2 (and PSP) remained much the same as its Japanese PC counterpart.  No longer a top-down RPG with "touch combat" or the much-maligned side-scrolling action format of Wanderers, Ys VI was something of a mashup of the two.  The game was now 3D, albeit with a fixed top-down perspective, and incorporated elements of platforming into its gameplay and boss battles.  Adol's moveset was slightly expanded too, with a powerful, multi-hitting downward thrust and a quick jumping-thrust that required the player to press both buttons with very precise timing, but which moved very quickly and got better distance than a standard jump (and, as a result, was necessary in many platforming puzzles).

Some slightly more traditional JRPG fare was introduced too, mainly in the form of three swords representing three different elements - a slow but powerful Fire sword, a quick but relatively weak lightning-charged rapier, and an ice blade that was something of a balance between the two.  Each was effective (or ineffective) against differing types of enemies, though this didn't always make a lot of sense from a logical standpoint, with one infamous example being the lava-themed boss being weakest to the fire sword.  As one gathered a resource called "Emelas", they could use it to power up each of the swords to a maximum of Level 11, and as their levels rose, they would grant new abilities and power-ups.  Each has a spell associated with it that will power up at certain plateaus, and once a certain level was reached, each would also grant automatic MP regeneration for casting said spells more frequently.  And of course, the traditional Ys accessories return, letting the player overcome some obstacles in dungeons (like being able to see in the dark or defeat certain enemy types), or just grant them a powerful advantage like gaining extra experience, a hefty experience boost or immunity to status effects.

At its core, though, Ark of Napishtim was classic Ys, requiring one to partake of some intense boss battles that can at times feel more like a bullet hell shooter - dodging waves of projectiles with quick movements and jumps and sneaking in attack combinations during brief windows of opportunity.  Indeed, while it does help you, keeping your equipment current and leveling up only gets you so far. If you're not effectively dodging and countering enemy attacks and learning to win without relying on items, you're not going to finish Ys 6 in any efficient fashion.

Basically, Ys VI was another entry in the franchise, for both good and ill - it provides action, sidequests, and some truly intense boss battles in a relatively brief package of about 10-12 hours for a first playthrough.  Which was getting to be less and less of the norm as the PS2 era rolled on and games in general were becoming bigger, longer and more grandiose.  For that reason it didn't attract as big an audience as some others on the system.  Still, fans of the Ys series and newcomers to it alike (myself included) found a worthwhile adventure to undertake.  It may not be the franchise's best, but it did spearhead its revival in the west, and it's worth a look as the franchise's first step into the realm of true 3D gameplay. 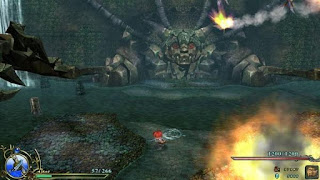 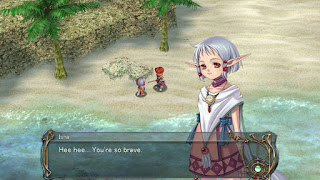