FUGA: Melodies of Steel marked the beginning of a turn for Cyberconnect2, intending to shift focus to original IPs after a decades-long run of mostly making licensed titles.  But does this gamble end up paying off for them, or was this a misstep for a long-profitable company? 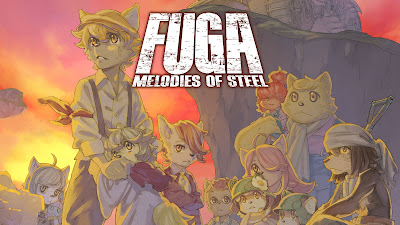 CyberConnect2 is a name I mostly associate with janky action titles and mediocre licensed games based on popular anime franchises, and a quick look at their page on Mobygames confirms they've had very little in the way of successful original IPs.  I vaguely remember seeing the cutesy action game Tail Concerto in a few game magazines in the '90s, but never really played it.  I did try Asura's Wrath on the Playstation 3 many years later, but like most who did, found it underwhelming; while it has undeniable energy and some jaw-dropping visuals, its very clunky combat, heavy emphasis on QTEs and having the true ending launched separately as paid DLC left a pretty sour taste.  Indeed, it also met with very lackluster sales on both PS3 and XBox 360, which quickly shut down any plans for a sequel or followup.

FUGA was one I overlooked for that reason, but upon seeing some positive coverage for it on social media (and it being discounted on Switch at the time), I decided to give it a chance.  Technically it is set in the same universe as Tail Concerto and a few other games they've made, but the gameplay couldn't be more different.  In fact, after only a short while of playing I began to describe it as "Banner Saga done better", as like that game, it combines turn-based combat, roguelike elements and an overall heavy mood that makes every choice you encounter carry more weight.  Granted, the choices you face aren't as ambiguously-framed as Banner Saga's, but you still have to put a lot of thought into what actions you take at each juncture, especially as FUGA utilizes an auto-save feature and you can't simply roll back mistakes without restarting the entire game.

The overall setup is a surprisingly grim one too in spite of its cute aesthetic.  You follow a group of children whose parents were abducted by the fascist Berman Empire, who begin to fight back after discovering a massive tank known as the Taranis - a powerful tool of war in itself, but which also contains a weapon called the "Soul Cannon" that can instantly destroy anything in its path at the cost of a crew member's life.  Gameplay mostly consists of a linear progression as the crew searches for their parents, getting into occasional battles as well as finding powerups or materials.  On occasion you'll encounter branching paths with varying degrees of danger involved - the tougher ones will often give greater rewards, but the battles along them are considerably more dangerous too and can potentially leave you in a bad state, so you have to weigh whether its worth the gamble.

Combat is a pretty straightforward turn-based affair, though it has a slight similarity to Grandia in that some attacks can delay enemy turns or leave them stunned, causing a potentially deadly attack to be delayed or canceled entirely.  At any given time you control up to three weapons, each manned by up to two characters - one will man their respective weapon, while a second character aiding them grants an innate bonus - a boost to attack power, healing a small amount of HP during an attack, having a higher chance to get a critical hit, and so forth.  Characters (and their respective weapons) can also be swapped around at any time if you need to adapt your strategy, though after a switch you won't be able to switch again until three turns have passed.  Weapons come in three basic forms - machine guns do low damage but have good accuracy (especially against evasive flying units) and focus on supporting allies or stripping enemy armor; cannons are the opposite, inaccurate but powerful; and grenade launchers have a balance of both stats and special abilities that focus on inflicting status effects on enemies.

Managing your team loadout is also a major component of battle strategy.  As fights drag on, characters can be come Depressed, which stops them from using skills and Link Attacks, Injured, or KOed, which renders them unable to fight until they recover.  The odds of these being inflicted on characters goes up as your tank's HP decreases; however, being at low HP also causes a character's mood to become heightened, which gives them a greater chance of entering "Hero Mode" - a state that boosts their abilities for their next five turns.  These vary from character to character, but all are quite powerful - doubling healing effects, guaranteed critical hits, increasing that character's speed, and so forth, which can help turn a nasty situation around.  Link Attacks operate somewhat like Limit Breaks, allowing a powerful one-use ability to be used by two characters that have their Affinity maxed.  Like Hero mode, these are all different from character to character, but are often powerful and offensive in nature - delaying turns, adding status effects, or just adding extra damage.  Using these mechanics to your advantage, as well as winning battles efficiently (in relatively few turns and with minimal damage) all contribute to your battle ranking and grant a boost to your earned experience.

FUGA, like many modern RPGs, also takes cues from the character interaction and life-sim elements seen in games like Fire Emblem and Persona, and manages to put its own spin on the idea too.  As you travel you'll occasionally have periods of free time, during which you can take control of any of the children aboard the Taranis and venture around, partaking of side-activities to earn items, build bonds with characters or even partake of some light side-missions.  There are quite a lot of them, too - simply talking to characters is a straightforward way to cure depression and build bonds between characters (which also enable Link Attacks in battle), but there's plenty of others too.  Resting consumes a large amount of time but cures injuries, you can "fish" off the back of the tank to recover scrap items, which in turn can be used to upgrade your weapons.  There's a farm on the lower levels that can yield ingredients for meals, which grant a temporary stat boost to your team, and you can even do a bit of dungeon crawling to find useful items.  Each rest period also has all the characters present make "wishes" which, if you spend the time to grant them, will give their mood a big boost and enable them to use Hero Mode in battles for that chapter.  Like a good Persona or Fire Emblem, it's a very clever way to flesh out the characters and make them more effective in combat at the same time, and FUGA executes it very well, even better than its inspirations in some ways.

All told, I'm impressed with Cyberconnect2's efforts on FUGA.  It draws obvious inspiration from Banner Saga's progression and high-stakes storytelling that makes every choice you encounter feel weighty, Persona's character development tying into combat performance, and just about every grimdark war drama under the sun, but it surprisingly succeeds on every front, making for an experience with compelling gameplay and a quite dark story even in spite of its cute aesthetic.  However, they've also hinted that it may not have been the best idea on their part to undertake a game like this; with a development budget of over 327 million yen (roughly 2.4 million USD) and a relatively high asking price of $40 for the base version of a digital-only game, it remains to be seen whether the game will turn a profit.  Indeed, Cyberconnect2 has hinted on their Twitter account that the reason they began self-publishing was so they could make games like this, without a big-name publisher looming over them and compromising their vision in search of profitability.  I certainly hope that FUGA pays off for them, though, as it's a wonderful experience that could easily mark the beginnings of a great franchise.  Even if it doesn't make them money, though, they've announced FUGA 2 and 3 are already in development, so it looks like they're going to stay the course regardless. 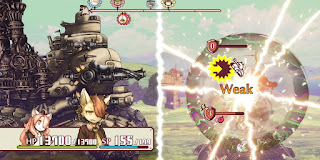 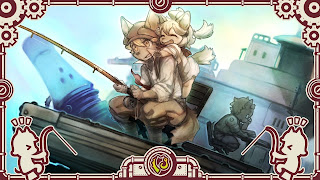 The game's DLC is mostly cosmetic, mostly consisting of costume packs for the characters.  There is also a "Digital Deluxe Edition" available as a straight purchase or upgrade over the base game; this gives another costume set, as well as a digital art book and soundtrack, some free items and a "Dummy Soul" that lets you use the Soul Cannon once without having to lose a character.