Kunio was a relatively short-lived but still surprisingly popular series in the late '80s through the mid '90s, getting a surprising number of games that ranged from beat-em-ups to sports games with plenty of over-the-top violence mixed in. River City Ransom quickly became a cult classic for blending RPG elements and open-world design into the mix, but not too many people talk about its followup; probably becauses it only came out in Japan. It offered a significantly revamped UI, listing special moves in a separate screen from your items so you could build up an impressive arsenal, and you even had a computer-controlled partner aiding you in battle with surprisingly good AI (though as in RCR, the game tends to lag a lot with so many characters on-screen). But perhaps best of all, it had a battery backup now instead of that awful password system from the original. It doesn't break a lot of new ground, but it brings a new level of polish to a game that's already a big NES fan favorite. 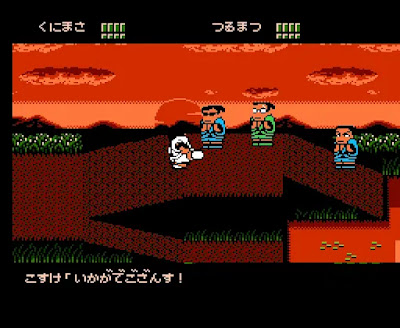