The fourth overall telling of Ys IV's story (having also seen outings on the Turbografx-CD, Super Famicom and Playstation 2 in prior years), but the first to actually be made by Falcom themselves.  It's also the second to utilize the party-based system of Ys Seven, with the player able to have up to three characters active and swap between them freely with the shoulder buttons.  One also earns skills and assigns them to the four face buttons in order to use them in combos and power them up, can dodge attacks with good timing to gain a temporary bit of slow motion a la Bayonetta, and even build up and use super moves to deal heavy damage to enemies.  Basically, if you enjoyed Ys Seven, you'll probably get a kick out of this one too.  If you're a fan of classic Ys, though, this one is still worth a look to see how it puts yet another twist on the story of Ys IV.  It's not my favorite of the series, but Memories of Celceta is another game worthy of the Ys name. 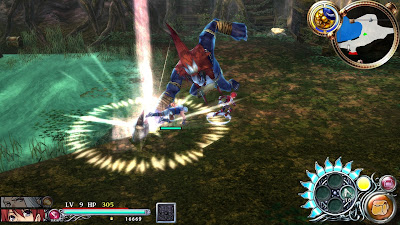