Anyone who has a serious interest in video games can tell you that tie-in games are rarely any good; usually they're just quick and dirty cash-ins made to profit on a property before its fifteen minutes are up, and as a result, once the license fades out its game tie-in is generally forgotten just as quickly.  WayForward is well known these days for the Shantae franchise, but they've also made quite a few licensed games over the years, and their high standards for design and animation quality remain evident there even when the property they're adapting isn't the greatest.  The Mummy Demastered is no exception, taking the poorly-received 2017 Mummy film and turning it into a surprisingly good Metroidvania.  Playing as a faceless soldier (not Tom Cruise as he doesn't lend his likeness to video games), you infiltrate the underground lair of Princess Ahmanet, collecting new artillery to not just defeat enemies quicker, but to reach new areas - grenades to blow open barriers, climbing gear, and magic trinkets to gain more life, faster running or a higher jump.  The visuals are excellent, with a dark but colorful anesthetic strongly reminiscent of classic Castlevania, and the moody music compliments it perfectly, creating a tense atmosphere for the labyrinth you're lost in.  A rare example of not just a great tie-in game, but one that manages to be far more fun and memorable than the work it's based on. 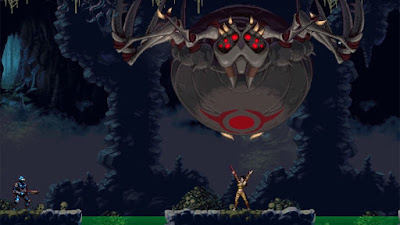