Final Fantasy and Square Enix were definitely on a downward slope throughout most of the 2000s as the company faced financial difficulty, was bought out by Enix and restructured, but surely the guy who originally wrote and produced the Final Fantasy series could make a worthy successor to its format, right? ...Well, no.  If Lost Odyssey was a poor man's Final Fantasy X (which was already a craptastic game, by the way), this one is a poor man's Final Fantasy XIII.  With clunky, poorly explained and confusing mechanics, bad party AI, a messy, strictly-linear narrative, a thoroughly obnoxious and unlikable cast compounded with terrible acting every step of the way, and tons of lag and framerate issues due to being shoehorned onto Wii hardware, it's just a bad experience all around. There is little surprise that Mistwalker has mostly moved into making low-stakes mobile games after this one and Sakaguchi's name is rarely spoken anymore in regards to role playing games. 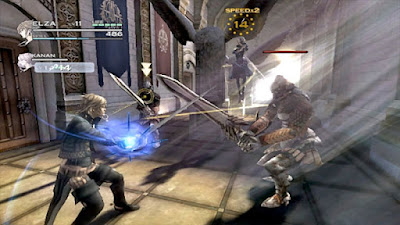