Released a year after the first and seemingly as an apology of sorts for the first game, Shining Soul II certainly does its best to provide a more feature-laden and fun experience.  A crafting system adds some depth to the mundane item-farming of the original, and most attacks now operate on a charging system that allows for more damage without feeling like braindead button-mashing.  Screen-clearing super attacks are added as well in the form of a chargeable "Soul" bar, which can get you out of a jam at times.  The total number of playable classes is increased to 8, and each of them are given a more distinct role and abilities - fighters can only use a spear as a melee weapon, for example, while an Archer can throw it to get more range.  There is more of a plot this time as well as numerous optional quests to add some variety, and though the core concept still remains the same, the gameplay is significantly more engrossing and less grindy than before.  So, if you're looking for a competently made portable action-RPG, Shining Soul II is a choice worth considering. 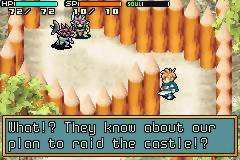