The original Shining Force was a fan favorite on the Genesis for its relatively fast-paced tactical gameplay and charming, detailed visuals, so it proved to be a hot Sega property for a while.  Shining Force II is a followup to the original and the Game Gear title, carrying on much in the same vein - recruiting new characters, buying equipment, fighting hordes of enemies and powering up your army to take on progressively tougher threats while the story unfolds.  Shining Force II did implement a significant change to the gameplay, making the world much more open - rather than simply going from one linear area to the next, you're afforded the ability to free-roam, revisit old areas, search out secrets and unlock events in towns you couldn't on your first visit.  Aside from that the game isn't terribly different from its predecessor, but when the original formula worked so well, there's no real need to change it, right?  Well, the fact that Shining Force had another entry on the Sega CD and three more on the Saturn (though sadly, only one was localized) would suggest the answer is "no". 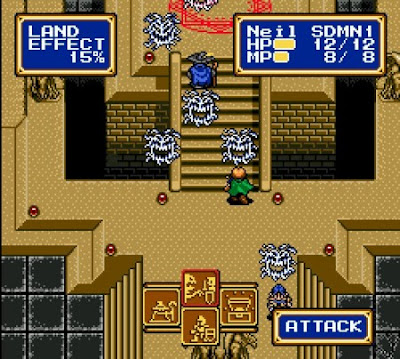