A followup to the first Devil Survivor and carrying on many of its themes, as well as making substantial improvements to its gameplay and overall balance to make it less grindy and give the player slightly more of an advantage.  Fittingly, bosses this time are also considerably less cheap and overwhelmingly powerful, making fighting them more fun than massive roadblocks that feel like a chore to get past.  The game also features multiple story paths depending on a number of factors, but most prominently which choices you make in dialog, which characters you save during battles and which optional objectives you complete by the end.  The characters were a bit more stock this time and the narrative not quite as captivating or plausible as the original's, but nonetheless, it's a worthy followup to the first Devil Survivor.  If you want to play it today, I'd recommend grabbing the 3DS update, as it adds some quality of life improvements (like a difficulty select), some new story branches and a new scenario that takes place after the story. 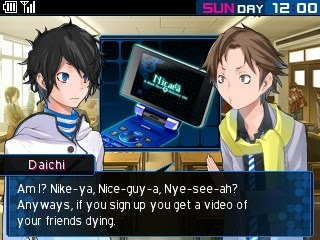