One of the earliest fan-made mods I'm aware of that really got attention; so much so, in fact, that New World Computing included it on later compilations of Might and Magic games and more or less canonized it.  Set in a completely new environment but based on the fifth game in the series, it contains the same gameplay and few original assets.  Though the world design isn't as tight and the experience more constricted (and considerably less exploitable) than earlier titles in the series, and there are some notable bugs throughout, it does have some surprisingly creative ideas.  Most notably, it would pioneer the concept of clearing a town of monsters and gradually rebuilding it by completing quests - something reused later in Might and Magic VII, and a major feature of many later games like Dark Cloud, Elder Scrolls and Suikoden.  If you bought any of the later releases of 4 and 5 (even on GOG), you probably have this game too, so it's definitely worth a look. 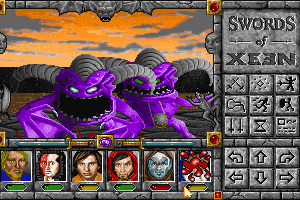