Link: the Faces of Evil / Zelda: The Wand of Gamelon

Famously created as part of a business deal that originally would have had Philips developing a CD-based addon for the Super Nintendo (which ultimately never came to pass), the CDi Zelda games have since become noted as perhaps the only Zelda titles that can objectively be considered "bad".  They certainly do their best to look and sound the part with some quality music and colorful hand-painted backgrounds, but both of them play like bad Game Maker games - everything technically functions, but nothing is polished.  Movement is sluggish and awkward, hit detection is dodgy, and the lack of invincibility frames after contact with an enemy or projectile means that any hazard you encounter can easily drain all of your health and cause the loss of a life in an instant.  Pair that with the fact that one must grind for long periods of time just to afford basic amenities like bombs, ropes, lantern oil and snow/fireballs to defeat specific enemies, and you have two games which prove to be masochistic exercises in frustration much more than the epic adventures that the series built its name on.

But of course, no review of the CDi Zeldas can go without mention of their cutscenes, which have become a phenomenon in their own right.  Made on a very small budget and noted for their poor animation quality, bizarre direction and cheesy acting, these factors have made them the central focus of countless mockery pieces and "Youtube Poop" remixes over the years, and they're honestly much more entertaining than anything else associated with the games.  So, if you want something to laugh at, look them up on Youtube and have a ball.  If you want a good game to play, though, save your money for something else.
A fan has also remade both of these games for PC and Linux; while still not great, they are much more playable, and the tongue-in-cheek nature of the whole project is pretty amusing in itself.  Check em out! 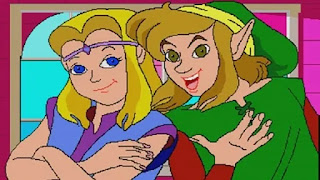 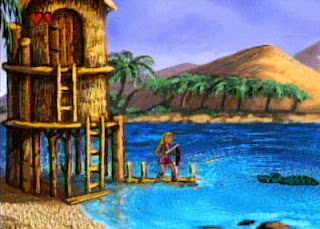