Legend of Zelda: Oracle of Ages/Seasons

The Oracle Games were rather odd beasts, being developed by an outside studio and released on the Game Boy Color in the months leading up to the Game Boy Advance's release.  The concepts were relatively novel, too - Ages has you hopping between past and present similar to Ocarina of Time, while Seasons has you cycling between the four seasons to reach new areas and solve various puzzles.  That's all good, and they're built on the same engine as Link's Awakening DX, so fans of that game will be right at home here.  Unfortunately, a lot of the change-ups here aren't really for the better - many familiar items are recycled but used in strange new ways with little explanation (being able to pick up and throw enemies with the power bracelet, for example), which can lead to a lot of unclear puzzles and frustration.  Animal friends are used to reach new areas and clear paths, though their controls and collision detection are frequently awkward.  Bosses also don't feel well-designed a lot of the time, either having weird hit detection or requiring spot-on timing to overcome, and I generally just found them annoying to fight.  The ideas here are interesting, but the execution is a bit lacking; I can't help but wonder if they just needed a bit more playtesting before their debut, but regardless, I don't rank them among the Zelda franchise's best.  Give them a look, but try before you buy. 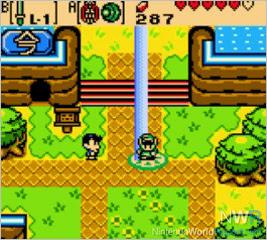