Riding the heels of games like Dark Souls and the endless wave of "Metroid-likes" that the indie game avalanche has brought in, Hollow Knight is one that's gotten a lot of acclaim.  I honestly can't tell you why, though, as I didn't find much of interest or value here at all.  Rather than delivering a dense, diverse and captivating environment to explore, Hollow Knight's world is painted entirely in bleary washed-out monochrome, backgrounds are mostly blurred out to the point of being indistinguishable from one another, and its character designs are barely a step above Funko pops.  Exploration and combat lack any feeling of depth or reward, giving you a set of equipment and abilities less inspired by SotN and more on level with the earliest Ninja Turtles game on the NES, yet somehow even less strategic than that.  For a huge chunk of the game all you get is a short-ranged nail to attack with and a very slow heal move that takes far too long to charge and activate, making it all but useless in battle, and in addition to just the requisite moving and jumping, that's also the sum of ways you're afforded to interact with your environment and solve puzzles.  I thought perhaps the in-game shop could add some variety and depth to the game, but lo and behold, they've largely opted out of fun things like 'new abilities' and 'powerups' and instead gone for the Johnny Longtorso school of design, selling you standard things like keys and UI features one at a time for hundreds of coins apiece to artificially pad out the experience (and yes, having to grind money just to explore freely, mark key rooms and point out your own location on a minimap is asinine and not 'retro' in the slightest.  I will not be swayed on this, particularly as I've played games from as far back as 1986 that know better than to force this brand of horsecrap on you).  Its story, such as it is, follows the same formula as Dark Souls too, hiding meaningless text fragments in out-of-the-way, cleverly hidden locations as a means to sell the tedium of finding and trying to fit them together as "rewarding ingenuity and cleverness".  Or to put it more bluntly, they're selling you a box of newspaper shreds labeled in crayon as 'the most important literary masterwork since the Iliad" and you're taking their silence in response to your theories as some kind of confirmation that they're all absolutely correct and you're a genius too; just one far less successful than your heroes because [insert scapegoat of choice here]. Basically, if you have something to prove about how much of a profound thinker and an elite old-school gamer you are, you'll probably get a hoot out of playing it through three or more times a day and bragging about how you're the 67,385th person to unlock every one of its cheevos and endlessly overanalyzing it on social media and gaming forums, putting hundreds of times more thought into every element of its design and writing than anyone who worked on it ever did while decrying anyone who doesn't share your high opinion of yourself for it as a "fake gamer" and probably a [scapegoat of choice here].  Otherwise, Hollow Knight is just more quasi-intellectual bluster used as a substitute for personality and talent by the easiest of marks, sold by and for cynical self-proclaimed 'genii' more interested in being put on a pedestal and worshipped than using their public platform or any of their 'irreplaceable intellectual gifts' to benefit anyone but themselves.  Personally I think there was a missed opportunity in not naming it "Shallow Knight" instead, but then again, that's probably too close-sounding to the name of an actually good game that effectively pays homage to a classic format while showcasing some genuine talent, passion and creativity from people who actually love retro video games, and not just saying they do to bilk money and worship out of easy marks. 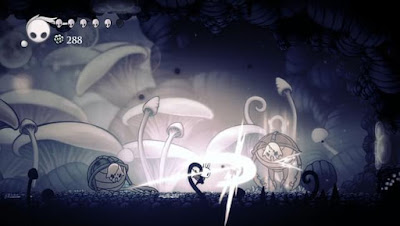 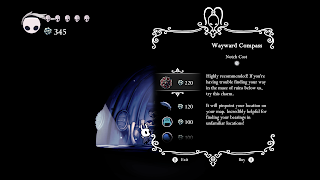 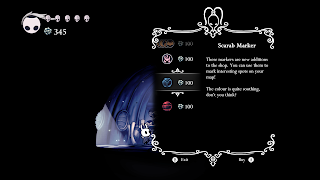 Being smug and condescending over selling you basic game mechanics at premium prices is a feature!