Released in 2003 to little attention at first (probably in no small part due to graphics just barely better than the PS1's Final Fantasy Tactics and being a limited release by the then-niche publisher Atlus), Disgaea slowly built its way up to being a cult classic thanks to its sense of humor and deceptively deep gameplay despite its cute aesthetics, working in elements of both puzzle-solving and strategy gaming.  But more than that, the game was built as a huge timesink, with randomized dungeons, customized equipment and stats that reached into seven digits, allowing for die-hard gamers to grind out some truly game-breaking possibilities and provide a true challenge in a plethora of super-bosses that would require absolute mastery of the game's mechanics (and tons of grinding) to overcome.  Things which I too enjoyed about the game, but in remembering the 100+ hour slog I endured, I have little will to revisit again.  Still, for the most die-hard of stat grinders, Nippon Ichi has your bases covered. 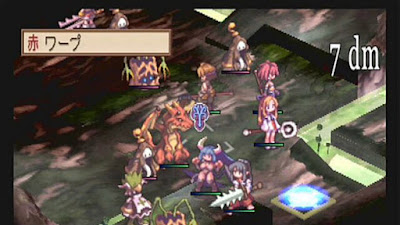