Disgaea 3 made the leap to the Playstation 3, and things were now moved to an even-sillier setting - a twisted "academy" for demons where ditchers are honor students and those who attend classes are delinquents.  Befitting this, characters are now assigned to Class Clubs and get bonuses based on who they're seated next to in the classroom, and elements like the Class World exist to bolster character stats.  Characters can now mix-and-match unique abilities thanks to the Evility system, and monsters can temporarily morph into weapons with the new Magichange mechanic.  However, a less-auspicious element soon showed itself in the game's DLC, which infamously racked up in price to well over the sticker price of the actual game ($86 in total bought separately or $50 in an all-encompassing mega-pack).  There's still much to offer here for powergamers and those who love to grind out stats, but it's not hard to see why this is one of the less highly-regarded games in the franchise.  The main character being voiced by disgraced actor Vic Mignogna probably does it no favors either. 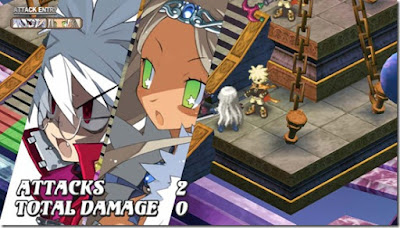