A direct followup to the Game Boy Advance's Aria of Sorrow, even retaining most of the same characters and the same gameplay mechanic of absorbing souls to learn new abilities and power up your character.  It certainly takes advantage of the DS's capabilities too, for both good and ill - the game looks and sounds fantastic with high-quality music and high resolution graphics for the period, but bosses now cannot be killed unless you use the touch screen to quickly draw a "seal" on the screen after sufficiently weakening them - fail to do so within a few seconds and they get some health back and resume the fight, which can get very irritating.  The game also loses its gothic feel in part, as cutscenes now have all the characters drawn in more of a generic anime style.  It's still competently made and fun overall, but definitely not as good as the original, and to me at least it marked the beginning of a turn into stagnance for the series. 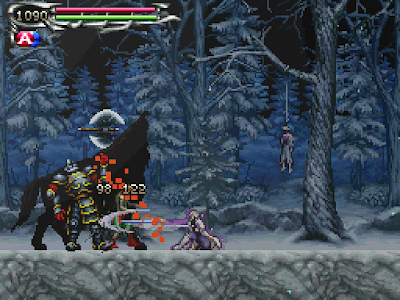