Gearbox is a company steeped in controversy for a number of shady business practices and subpar products, but before all of that started up they made a few well-respected Half-life expansions and ports and, eventually, an original IP of their own in Borderlands.  A first person shooter co-op experience with some Diablo-like elements, placing heavy emphasis on building up one of four characters with unique skill trees and randomized loot in the form of guns with various properties - some beneficial (like added elemental damage) and others comically useless (guns that explode when you reload them).  While ultimately nothing spectacular, Borderlands' irreverent "space redneck" atmosphere, demented character designs and co-op for up to four players made it a pretty fun game overall. 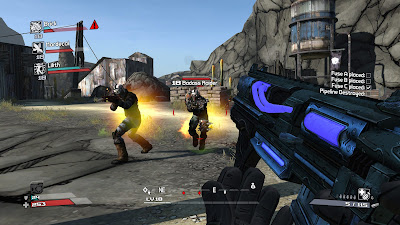