Dragon Quest's first non-remake Playstation 2 entry was a surprisingly big event, going on to become the series' best-selling title outside of Japan (until XI broke the record years later) and garnering quite a bit of acclaim even among those who barely paid attention to the franchise beforehand.  But was this just because people were hoping Square Enix would prove their worth in the RPG arena again after several baffling missteps, or was there a genuinely good game to be found here as well? 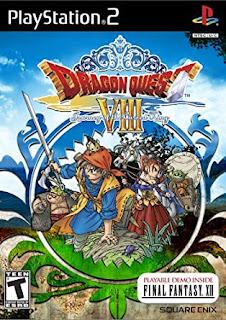 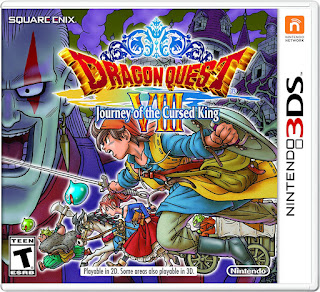 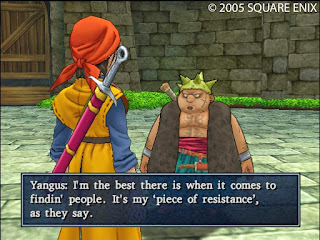 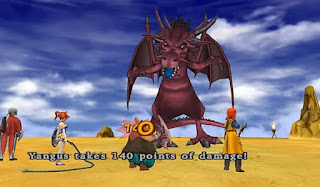 Developer: Level-5 (PS2), Square Enix (Mobile/3DS)
Publisher: Square Enix, Nintendo
Platform: Playstation 2, Android, iOS, Nintendo 3DS
Released: 2005, 2014, 2017
Recommended version: The 3DS port has some added content, including two new playable characters, and you can see dungeon maps at any time on the second screen, whereas you have to go to a separate screen for them on the PS2 version.  This version also features visible enemies instead of random encounters, and battles can be sped up to make mundane fights quicker.  It doesn't have quite as nice graphics (running at a lower resolution and missing some lighting effects) and it sadly loses the orchestral score of the US PS2 release, though it does at least feature a higher-quality synth soundtrack than the Japanese PS2 version.
Labels: ⭐⭐⭐½, 👑, 2005, Full Reviews
Newer Post Older Post Home