A well-known indie success story born of dissatisfaction with the Harvest Moon franchise, Stardew Valley is a title that has sold over ten million copies across the many platforms it's appeared on.  But does it truly live up to its promises and deliver a sublime indie experience, or was this house just built on hype? 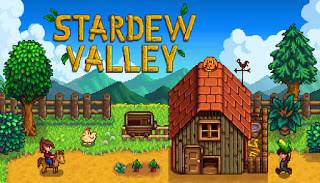 Harvest Moon was a fairly late release for the SNES platform, but it became a cult classic for its relatively novel take on role-playing games - relatively little violence, no experience points or dungeons, just your character managing a farm and building up relationships with townsfolk, which can eventually culminate in marriage if you so wish.  It found an audience and over the years had a number of sequels and spinoffs, becoming Natsume's flagship franchise.  However, later entries began to suffer from stagnation, which ultimately led Robert Barone to develop a game that would come together in the way he'd long wanted it to.
That game ended up being Stardew Valley, which made no secret of its inspirations and quickly appealed to fans who likewise felt that Harvest Moon had fallen on hard times.  Sure enough, you begin the game as a wage-slave who grows sick of his thankless job, move to the tiny hamlet Pelican Town, and are given the task of fixing up your uncle's run-down farm and making a living there.  You start with only some tools and a handful of cash, and will probably be spending your first few days clearing enough rocks, grass and trees to even grow some crops, but it slowly snowballs from there.  Clearing more space, planting more crops, upgrading your tools, and adding more on to your house, including the a barn to animals and eventually a greenhouse to grow crops in any season (even winter).
Stardew goes above and beyond its inspiration, though, by also working in some elements of other popular "town sim" games.  One prominent influence is Animal Crossing, letting you build relationships with all of the various townspeople you encounter (either by doing tasks for them or giving gifts), donate items to the local museum (earning prizes as you do),  as well as purchasing or building furniture for your house.  There are quite a few seasonal events too, with a bit of an unfolding storyline and some minigames to earn unique prizes from - something Animal Crossing heavily focuses on with its holiday events.
There is a touch of traditional RPG in Stardew Valley as well.  This is most prevalent in the game's procedurally generated mine, which serves as your primary source for metal and gems (the latter of which make great townspeople gifts), but is also rife with monsters, necessitating you get some weapons, protective gear and some healing items to get far.  Your character's skills are upgraded through use, which in turn grant bonuses and new crafting abilities.  Farming, raised by harvesting crops, will grant new crafting recipes and better prices on crops or animal products, for example, whereas leveling up combat will boost your maximum HP and the damage you deal with weapons.
The game has continued to get updates since its release, all adding new content free of charge.  Not just bug fixes, either, but major content updates, adding things like new areas to build your farm (forest, hilltop, islands and even a beach become available as choices), more NPCs, new items, subplots and sidequests, and even online co-op so you can play with up to three friends.  So even for those who adopted the game after its original launch in 2016, there has been plenty to keep them coming back.
Stardew Valley is a beloved indie title, and it's easy to see why even if you're not a big fan of its inspirations.  It combines everything great about Harvest Moon with a touch of Minecraft and Animal Crossing.  That broad appeal helped make it into one of the most beloved indie games of its time, earned over ten million copies sold and even a board game adaptation.  It's even gotten praise from Harvest Moon's creator, which says quite a lot in itself.  So, if you want a break from a hundred-hour cheevo grind and just want to soak in some wholesome farm life, Stardew Valley is one you'll want to try. 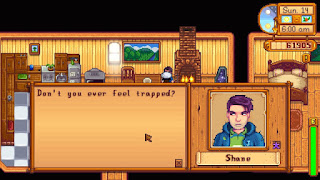 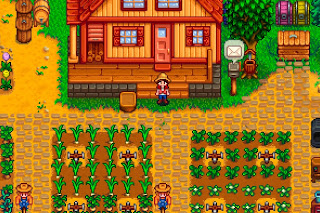