Made after the Ys series had six entries and a number of remakes under its belt, Ys Origin was a somewhat controversial entry in that it was a prequel that didn't star the series' longtime protagonist Adol Christin.  But does Ys Origin prove to be a worthwhile action-adventure regardless, or does it simply make you pine for the return of Adol? 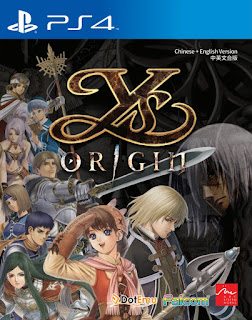 Ys games have undergone a number of format changes over the years, but they've consistently remained fast-paced and engaging action-RPGs, known as much for that as for their surprsingly good storylines and amazing symphonic rock/metal soundtracks.  It's also one of the few long-running JRPG franchises to consistently star a single protagonist - the red-haired Adol Christin, a humble and rarely-heard adventurer who nonetheless ends up saving the world on numerous occasions.
Ys Origin came as a surprise to many for that reason.  Its story was actually a prequel taking place 200 years before the original game, and as a result, it did not feature Adol Christin as part of its story (though he is playable in the Arena Mode as a bonus character).  Instead, there were now two new protagonists to choose from.  Yunica Tovah wields a variety of melee weapons (beginning with an axe) and plays somewhat similarly to Adol, though with a bit more emphasis on magic.  Hugo Fact (ancestor of the antagonist of Ys I) is the other playable character, mostly utilizing ranged projectile attacks.  A third character, "the Claw" can also be unlocked after completing the game once; he utilizes short-ranged but powerful attacks, making him a risky but rewarding character to use.  The overall story remains the same regardless of whom you choose, though a few bits of dialog play out differently and, obviously, most of the boss fights require different strategies to overcome.
The core engine is largely unchanged from Oath in Felghana, putting as much emphasis on avoiding hazards and platforming as it does fast-paced combat.  You still rack up bonuses for killing enemies in quick succession and can get up to double your normal attack power, defense, magic damage and earned experience as long as you keep a relatively unbroken kill streak going.  Unlike all the previous Ys games, though, Origin takes place entirely within one dungeon (though as in any good dungeon crawler, there are numerous checkpoints you can teleport between to cut down on time spent backtracking).  There is also only one shop in the game accessible via any Goddess Statue, which serves as a one-stop hub for purchasing character upgrades and various other benefits.  Here, you upgrade your weapons and armor and can gain other benefits like boosting the time bonuses last, regenerating your skill bar faster, or dealing more stun with your weapon.  However, it's not a total retreat of Felghana - there is still a significant puzzle element in the game, with quite a few familiar items from the early Ys games lending themselves to puzzle elements here (like finding hidden passages or invisible platforms in order to progress).
As in previous Ys games, there are multiple difficulty levels to select from in order to make the game as challenging as you wish.  There are a number of bonus modes too, from Time Attack mode (defeating all of the bosses in the game in order and on one health bar) and the Arena Mode, which pits the player against consecutively tougher groups of enemies culminating in an uber-boss that does not appear in the main game.  Each run in this mode will also earn the player points that can be utilized to unlock new bonuses - different arenas and more powerful versions of the four playable characters, as well as some extra costumes.  As with Oath in Felghana, Ys Origin very much embraces its action element and becomes something slightly akin to Devil May Cry alongside its RPG element, challenging the player to constantly improve their skills and tackle challenges well beyond what the main game calls for.
So, despite shaking up a few series norms, Origin is another fine Ys game, meshing fast-paced action, RPG and dungeon crawling elements together in expert fashion.  It hits everything great about the classic Ys series while adding quite a bit of replayablity with its multiple characters and bonus game modes, and even without longtime series protagonist Adol at the helm, it manages to tell another fun story in a fun fantasy world.  It may not be an ideal jumping-on point for the series as you may not appreciate a lot of its nods to established lore in the same way as a longtime fan, but if you enjoyed the previous Ys games (and Felghana in particular), it's another one you'll definitely want to check out. 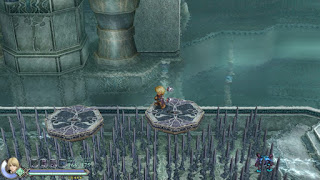 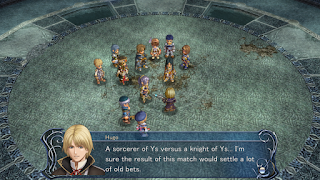