The second set of many Pokemon games that would be released over the decades, Gold/Silver improved the balance in a number of ways and made an impressive amount of improvements and additions, creating what are arguably the most technically impressive Game Boy games of all time.  But are these Pokemon games still fun ones today, or are they just destined to be forgotten amongst a sea of followups, sequels, spinoffs and remakes?

Like most people who were around at the start of the Pokemon phenomenon, I got swept up in it for a good while.  I sunk nearly 100 hours into Red, trading with people, training up my team and trying to capture all 151 Pokemon; even if it was a frustrating and largely luck-based experience, I was hooked and wouldn't rest until I had, in fact, caught them all.  Of course, the game's addictive design and competitive element ensured that Nintendo wouldn't let it be a one-off thing, and so the first of many sequels was quickly announced in "Pokemon Gold and Silver".  Naturally, I went out and bought a copy of Gold as soon as I could, while my sister opted to get Silver instead.

What was in store was about what I'd expected, but it nonetheless managed to surprise me in quite a few ways as well.  Of course, there were more Pokemon this time, adding 101 new faces in addition to all the old faces (though, of course, you'd still have to do quite a bit of trading between games to add them all to your Pokedex).  A day/night cycle was added via an in-game clock, requiring you search both during daylight and nighttime hours to find new Pokemon, as well as adding other timed events to the game.

Game balance was also addressed in a pretty big way in the second wave of Pokemon games.  Anyone who played the original Red/Blue family of games can attest that they were pretty lacking there - Psychic and Ice types basically dominated everything while Poison, Bug, Grass, Ghost etc. were almost worthless in comparison (particularly owing to some poor planning and bugs that made Psychics completely immune to Ghost-type attacks, which they were supposed to be weak to).  That has very much changed this time around, with a number of new moves made to exploit those types' weaknesses, as well as two new types - Steel and Dark - that have new advantages and drawbacks of their own.  Steel types are naturally very durable and resistant to most types of damage, and deal double damage to Ice types, while Dark types are immune to Psychic attacks and deal extra damage to that type to boot, giving some much-needed kryptonite to formerly-unstoppable juggernauts like Mewtwo and Alakazam.  It wasn't a completely foolproof endeavor, though - in attempting to even out all the other types, the humble Normal type suddenly rose to the top of the pack owing to their lack of weaknesses, enormous move pools and having tons of options to stall - but even with that, the game feels much more well-balanced and satisfying to play than the originals.

Inventory management is significantly improved too, with different pages for different types of items the player acquires (key items, Pokeballs, healing items, et cetera), as well as the ability to assign a single item to a "Quick Key" via the Select button (handy for the bicycle in particular, as it makes getting around much more convenient).  Not only that, but Pokemon can use items themselves - each can use a "Hold Item", which can serve a number of purposes - various types of Berries can be used to heal status effects or some HP automatically mid-match, while others will boost the effectiveness of some of their moves, make them slightly more resistant to some types of attacks, or even let them slowly regenerate HP over time (Leftovers).  It adds a significant new layer of strategy to the game, as well as a convenient way to overcome otherwise debilitating status effects like Paralysis and Freeze.

Training and raising Pokemon is a considerably more complex endeavor from this point on as well.  Nearly all Pokemon now have genders and can breed with one another, passing on some stats and moves to their children, which also led to the infamous meme about Ditto (who can breed with virtually any Pokemon type).  On top of that, there are many more TM moves to learn, and it's possible to delete moves (including otherwise-unremovable HM abilities) at a particular shop, so you don't have to set aside Pokemon for that specific purpose.  In addition, each Pokemon now has a hidden "Friendship" stat, which can enable evolutions for some (like Pichu, Igglybuff and Cleffa) and affect the power of some moves.

Pokemon has never really been highly regarded for its storytelling, but Gold/Silver also made an attempt to provide a more immersive and running narrative.  The player gets access to a radio early on, which allows them to keep up on some running time-based events and can also allow them to win prizes on some occasions (a lottery based on their trainer ID).  One also gets access to a phone, which can be used to keep in contact with some characters and, also on a timed basis, allow them to undertake some story events and rematches to earn extra experience and cash (ending the "finite money" issue of the original games).

Perhaps the most impressive element of Pokemon Gold/Silver, though, is the fact that one can revisit the entirety of Red/Blue's Kanto region as a bonus after completing the main story.  Yes, the game's programmers (headed by the late Satoru Iwata) managed to compress the data for basically the entire original game and included it in the sequel as a bonus - you get to explore, collect all eight badges again, and see a pretty clever twist after completing a new final challenge at the end of it all.  That alone makes it one of the most impressive Game Boy games in my book - technically it was built for the Game Boy Color, but it was backward-compatible with the original system (which was not the case for the third iteration of this generation, Crystal, which added a significant number of changes and visual effects).

I never became a huge Pokemon fan (and largely lost interest in it once the Game Boy Advance rolled around), but Gold/Silver continues to stand out in my mind as my favorite game in the series as well as one of the best Game Boy games of all time.  It addresses many of the shortcomings of the original games while adding many of its own new mechanics, and the sheer amount of content it contains was nothing short of staggering for the time, rivaling that of RPGs on far more powerful platforms like the Playstation 1 and even some PC games.  Like the original games, it's since gotten a number of sequels and a remake that updates it to more powerful hardware (the Nintendo DS), but I think even fans of the series should check out the originals at least once, if only to see a true technical marvel for the time. 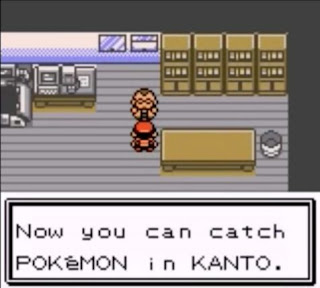 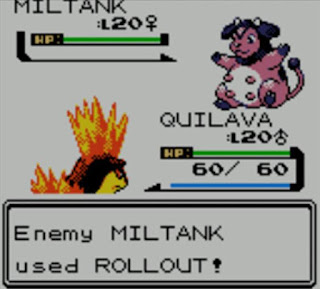