The second Racjin remake of the early SaGa titles was also a notable one for overhauling the original in a number of ways, reintroducing a lot of SaGa's trademark elements that were mostly left out of the initial release.  But does making it into more of a traditional SaGa work in the third game's favor, or does this simply end up losing the element that made it distinct? 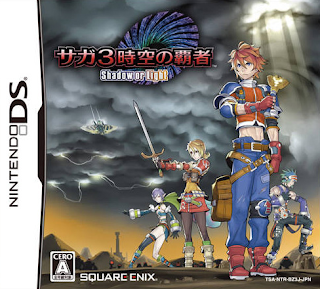 The SaGa games on the Game Boy (localized as "Final Fantasy Legend" despite being from an unrelated series) were ultimately not the most well-received of Square's library, but they nevertheless proved to be quite successful financially.  The original was Square's first game to sell over a million copies worldwide (being released in close proximity to the Game Boy's launch), while the second was a more polished experience that introduced a few new elements but kept the quirky setting and gameplay of the original mostly intact.  The third game, on the other hand, was not developed by Akitoshi Kawazu (who was busy working on Romancing SaGa for the Super Famicom), and so it was handed off to Square Enix's Osaka studio instead, who opted to make a more traditional RPG in most respects. As a result SaGa 3 utilizes more linear progression, experience points and levels, non-decaying weapons and a more traditional magic system.  It still garnered some fans, but ultimately was overshadowed by the first two games and ended up being the last SaGa localized until the Playstation 1 era rolled around.

But years later, after Racjin's remake of the second game proved to be a successful one, Square decided to commission them again to create a remake of SaGa III on the DS as well.  This time, however, the game would be overseen by Kawazu, and perhaps as a result of that, it re-incorporated many of the series' iconic elements.  The experience point system was ditched in favor of semi-random stat gains, weapons and spellbooks now decay with use, and skills are now semi-randomly "sparked" during battle, with a much higher chance of learning them during challenging fights (particularly bosses).  Transforming into beasts and monsters via meat also retains something of a random element too, gaining and losing traits (which can be good or bad) and skills they have at the whim of the RNG.

That idea may bring dread to fans who got used to the later, less randomness-based SaGa titles, but they did add some new twists to each of these elements to keep them from getting too irritating.  One notable change is that stat gains are actually applied mid-battle (not afterward), which can potentially help to turn things around for a fight you're struggling in.  They are given out with a bit more logic, too - utilizing weapons that utilize a particular stat (Strength for swords and hammers, Agility for bows and rapiers, etc) will give it a higher chance to be raised, and fighting tougher enemies will give greater odds for HP boosts - a significant improvement over the original games where they were largely random.  Skills make some more sense - spending more charges on a weapon, usually in exchange for greater damage and extra effects (debuffing enemies, for instance).  One can also repair weapons and spellbooks to restore used charges, which isn't cheap, but can spare the player from constantly having to replace them.

One of SaGa III's defining elements remains largely intact, though.  Each of the four playable characters begins as either a Human or Esper (Mutant in the localized FFL3), though by eating meat or installing parts from certain enemies, they can change form.  One part turns them into a cyborg, two turns them into a robot.  Eating one piece of meat will turn them into a beast, and another into a monster, while doing the opposite will roll the process back one step toward their base form.  Strangely, though, Espers can become Human and vice versa via this process now too, so characters are now fully malleable.  They can also retain traits from transformations, keeping some skills, elemental strengths or weaknesses, resistance to status effects, and so forth, all semi-random depending on the enemy types they take meats/parts from.

Another strange change is that each form has their own particular weapon proficiencies, and they will only power up if they're used by that particular form; Cyborgs, for example, wield heavy axes and hammers, humans use swords and katanas, and Espers wield bows and rapiers (in addition to all magic types).  Other races can still use weapons they're not proficient with (and will retain any skills they learned whilst in the form that utilizes them), but they will not gain proficiency with them.  So, unlike the original game where form changes were mostly done out of convenience - to gain a particular resistance or skill for a boss fight, generally - here it's a more integrated part of the game, encouraging the player to shuffle characters between all of the various options to fully customize and empower their party.

Some changes from later SaGas (and the remake of 2) return as well.  Encounters are still visible rather than random, and touching an enemy who is nearby another one can cause a "chain encounter", basically forcing you to fight multiple battles in a row, though you also reap greater benefits from doing so, having a higher chance to spark new techniques or gain stats.  Attack animations can be skipped via the Fast Forward feature, which helps to speed up combat in general.  After a certain point, a new mechanic also becomes unlocked; namely the Time Gear mechanic.  Basically, you fill up a gauge on the screen by taking actions in battle, and once at least one of the five pips is full, you can spend it at any time to create a time-duplicate of another character who repeats their last action at the end of that turn.  This can prove handy at times, letting you sneak in a heal before the next round begins, or to tie into another prominent mechanic - combos.  As in SaGa Frontier and later games, certain moves will combo with one another if each characters' turns are adjacent on the time bar, dealing extra damage and potentially doing a powerful finishing move if certain sequences of moves are completed.  Enemies can do combos too, however, so keeping the party's speed on point quickly becomes key to surviving in the late stages.

The remake also adds quite a bit of new content to really set it apart from its Game Boy predecessor.  In addition to the usual Square remake mainstay of a monster compendium (handy for finding particular skills or resistances you may want on your own characters), a number of sidequests now exist in the game.  These usually entail hunting down a particular monster at a specific location, granting extra money or items for completing them.  One can also find passwords (which let you claim free items, and can be sent to friends so they can claim them too).

I can certainly say I was pleasantly surprised by SaGa III's remake.  I was a bit worried when I heard it would re-implement a lot of the series' trademark randomness, fearing it would turn into an irritating grindfest with frustrating combat as the original games often were.  Thankfully, though, that isn't really the case - while you still have to grind quite a bit to get the most out of your characters, it's made more interesting by the reworked class system, and the improvements to combat and the user-friendliness in general helps to offset the frustration factor associated with the usual SaGa tropes of awkward balance and near-constant status effect spamming.  The updated presentation is honestly quite nice too - I like the updated character designs quite a bit, and the redone music by Kenji Ito sounds excellent, bringing an epic and energetic feel to the original tracks.  It's still very much a frustrating old SaGa game, but it is at least an interesting new take on the original version. 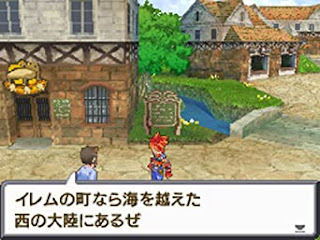 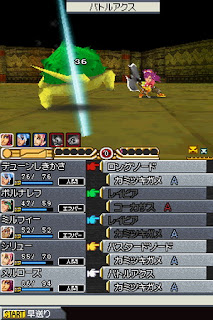