A remake of the much-acclaimed sequel to Secret of Mana, released not long after the maligned remake of its predecessor.  But does this one manage to succeed where its predecessor remake failed, or is this one trial you shouldn't undertake? 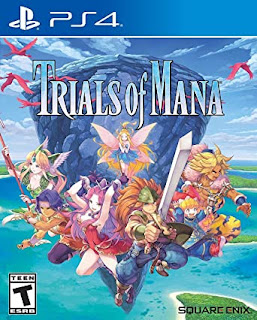 As I spoke about on this site a few years ago, I wasn't really impressed with Secret of Mana in either of its forms.  While the game looked great and had an excellent soundtrack, it just didn't play very well, with weird hit detection, a plethora of bugs and partner AI that could charitably be described as "braindead", constantly running over and over into the same attacks and getting caught on scenery.  I had hoped the 2018 remake would improve upon its design, but alas, everybody I spoke to regarding it unanimously decried it as a downgrade from a game I already didn't like and told me to avoid it.  I never did give much thought to its 16-bit sequel, either, but when a remake of that game was announced as well, I was naturally skeptical of it too.

Thankfully, though, the Trials remake proved to be a much better experience than either version of Mana ever did.  The gimmick, as in the original release, was that it features six playable characters in total.  You pick one as your main character and two others to join them over the course of the journey.  Each character starts with a separate story, and though they converge into one common questline, they will have subtle differences and even three separate final bosses depending on your choice, which lends the game quite a bit of replay value.

Each character is also considerably more distinct than those seen in earlier Mana games.  Not only do they each get their own weapons, but they can go down a number of upgrade paths, unlocking new classes as the game progresses.  Leveling up while in a class earns "training points" that can be allocated to one of five different stats, and hitting certain milestones will unlock stat bonuses, combat skills or passive bonuses like a higher chance of landing a critical hit, get more item drops from enemies, or adding poison to a strong attack.  Interestingly, though, not too many of these skills are restricted to a specific character; nearly all of them can be passed to any character in the party, though only one character can have any given skill equipped at a time.

As in the first game, the player only actively controls one character with the other two being AI controlled; you can tweak their AI to a degree in the menu, or switch at any time via the L2/R2 buttons.  Interestingly, the game does away entirely with the "stamina bar" mechanic of the old Mana games; instead, combat operates on real-time, though the game does cordon you into a small area to face enemies (though you can flee combat by running against the boundary wall for a few seconds if needed).  Instead of one simple melee attack, the player can perform strings of weak and strong attacks, or hold the strong attack button for a moment to do a charged strike that stuns enemies and breaks through their shields.  Hitting enemies causes them to drop blue crystals which fill up a character's power bars; one can then spend these to perform their Class Skills - powerful attacks that deal heavy damage.  Another interesting change is that enemy special attacks have a visible area of effect marker on the field, giving you a chance to evade them before they launch - invaluable during boss fights where attacks can be devastating.  You'll also earn small XP bonuses after battle for meeting certain requirements, like defeating enemies with a Class Skill, winning without taking damage, or finishing a fight in a short time.

The series' iconic circle menus do return as well, serving as a means to let you access items and skills while in the field.  They no longer require the action to be paused, however, instead being accessible in real-time by pressing up or down on the D-pad.  Conveniently, one can also map Class Skills and Items to hotkeys, accessible with a combination of L1/R1 and the four face buttons, making commonly-used ones much quicker to access.  Another welcome UI upgrade is a waypoint system, showing you exactly who you need to talk to in order to progress the plot - particularly useful as this often entails talking to a lot of mundane NPCs in towns before you can move on.  One can also revisit tutorial tips and get a quick plot summary from the menu if needed; useful if, like me, you tend to spend a good bit of time away from games and need a refresher when you come back.

Trials of Mana's remake also carries on the series' high standards for presentation, with a colorful, cartoony style that manages to feel like a charming storybook fantasy world without being overbearing.  The remastered soundtrack in the game sounds great and perfectly complements the mood of each area, and one even has the option to use the original SNES music instead of the arranged versions if they wish.  Even the voiceover is surprisingly good, with more than a few prominent professional VOs lending their voices to the cast and even a lot of minor NPCs having voice work done.  One small annoyance is the game's relatively long load times; it took about 15 seconds to load areas at times on a PS4 Pro.

At the end of the day, Trials of Mana's remake is a pleasant surprise.  It makes substantial design improvements over the original game it was based on, overhauling its gameplay for the better while retaining its positive points.  The end result is a game that I imagine will satisfy fans of the 16-bit Mana games, but it also has enough of a mechanical overhaul to grant it appeal to even non-fans like myself.  It may not be the world's deepest action-RPG, but it's the first Mana game I've legitimately enjoyed playing, and that definitely earns it a special place in my book. 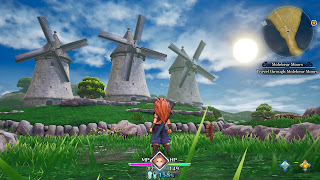 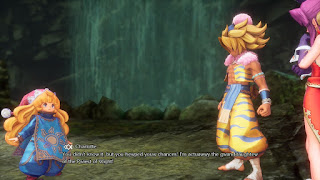 Developer: Xeen
Publisher: Square Enix
Platform: Playstation 4, PC, Switch
Released: 2020
Recommended Version: All versions seem to be pretty much the same, though with some slight graphical downgrades for the Switch version.