Three years after the second game and five years after the first, Might and Magic III was released and featured significant overhauls in almost every element of design.  But does it prove to be another worthwhile dungeon crawling adventure, or is this a step back for the series? 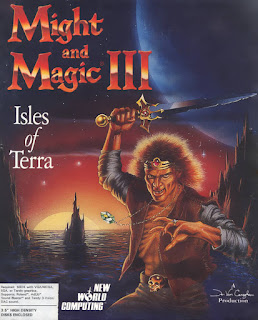 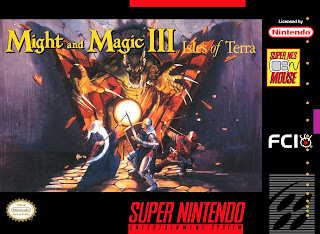 The first Might and Magic was a good D&D-like set in an open world, which allowed for a tremendous amount of player freedom but also quite a bit of frustration as they could easily wander into places where enemies far outranked them and die.  The sequel was very similar overall in that regard, though the player could also bolster their stats and experience gains to insane levels to offset that, making the game challenging at the start but comically easy once they'd figured out ways to quickly gain levels and gold.

When Might and Magic III came around, though, it saw a significant revamping in almost every element of its design.  While still a first-person, turn-based dungeon crawler, the gameplay was greatly streamlined, with no separate "combat screen" or unseen random encounters - you can in fact see enemies as they approach you, giving you a chance to evade them before they engage or even take pot-shots at them from afar with ranged weapons or spells (though some can do the same to you as well).  Having to input repetitive sequences of keys to cast spells (particularly for healing after a fight) is greatly simplified, having each character equip an "active spell", which is automatically selected each time they press the C button to cast, though they can change it as the situation warrants.  Some relatively redundant abilities have also been condensed into a single spell; the Elemental Arrow spell can function as a lightning, fire, cold or acid attack rather than having separate spells for each, to name one.   Enemies also now largely stay dead when a player leaves an area, rather than respawning each time they leave and return, which cuts down on a lot of redundant battles.

Other facets of gameplay have seen significant upgrades as well.  One that I found very welcome was the fact that cash and gems are stored in a party-wide pool now; much preferred to the clunky and ultimately pointless "automatically divided among everyone in the party" system in the previous two games.  More skills are added and there is no upper limit on how many any given character can have (though some are only useful to specific classes).  Having to constantly disarm trapped chests after each enemy encounter is a thing of the past, with the player now simply being awarded gold, gems and items automatically after a victory.  Notably, this was also the first time that the player could freely save and reload whenever they wished, not just when visiting an inn in town, which helped to cut down on frustrating game overs and restarts.  Going even further, the player could now summon "Mr. Wizard" with a button command, who would teleport them to safety at the cost of some of their experience points and all of the gems they were carrying; useful in a desperate situation, but not something they'd want to do if they could avoid it.  Mapping and navigation functions are now tied to skills and not spells, making them much more convenient too.  Equipment is also generally much less restricted by alignment/class, though it can be broken by repeated combat and traps, so carrying a spare in more dangerous areas isn't a bad idea.

Another big changeup is that Might and Magic III actually has a relatively linear narrative and story to follow.  The first two games, while they did have a few threads of plot throughout, were more based on exploration, deciphering clues and ultimately being more of a big, complex puzzle than a proper "quest".  M&M3, on the other hand, has a button on the HUD that will remind the player of their current objective as well as give a touch of lore on the current area they're in, and it will update each time they complete an objective there.  However, the game is far from completely linear - one is still afforded plenty of opportunity to explore, and after completing the first major quest in the game, the fountains in the first town will give clues to a number of sidequests they can explore at their leisure.

The game's HUD is significantly revamped too, and definitely for the better.  Each of your six characters is displayed at the bottom of the screen via a unique portrait, and a gem beneath shows the general state of their health; green indicates they are unharmed, yellow means they've taken damage, red means their health is low, and blue means they're unconscious.  They'll also make a weird face if they're under some kind of status effect, and upon death, their portrait is replaced by a gravestone.  Other portions of the HUD come into play too, like the bat at the top of the screen flapping its wings to show that an enemy is nearby, the gargoyle on the right side moving its arm to denote a hidden passage or secret, and the gems at the four corners of the view window indicating positive spell effects the party is under.  It takes a bit of getting used to after playing the first two games with their largely text-based UIs, but once you've adapted, you'll realize that it's cleverly done and quickly conveys necessary information while also letting the game's art design shine through.

But of course, no sequel is complete without some expanded gameplay beneath everything else, and Might and Magic certainly doesn't disappoint there.  Character races are now made more distinct, with some more resistant to specific spell types, starting with certain skills or gaining more HP or SP at the expense of the other.  Two new classes are added (Ranger and Druid) and a third type of magic is introduced as well - Natural magic, largely putting emphasis on elemental spells and a handful of buffs, generally functioning as a midpoint between Cleric (support) and Arcane (offensive) spells.  Money and gems can be stashed at a bank in town, which can prevent you losing large sums of them to some traps later in the game (and yes, both will gain interest over time).  Loot one finds now has a keyword system, adding benefits or penalties to the item they're attached to (which would later be used in many other action-driven RPGs like Diablo).  Stats and experience, while still able to grow to enormous levels, grow more organically too - secrets and items the player finds will grant permanent stat boosts, effectively rewarding the player for exploration and opening even potentially trapped chests and containers they find.

What it all comes down to is that Might and Magic III is a triumphant third entry in the series, keeping what made the franchise great to begin with while stepping up its game with a greatly overhauled UI, presentation and streamlined design that was engineered for fun rather than frustration.  It was easier than ever to pick up and play a Might and Magic game and genuinely enjoy it, with a good story to follow and no shortage of side-content and hidden secrets in each area they visited.  Honestly, I really can't find too many glaring faults with it at all; it's a great dungeon-crawler not just in its time, but still one of the finest examples of the genre I've seen to date. 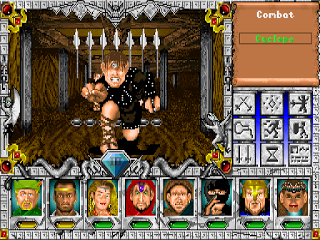 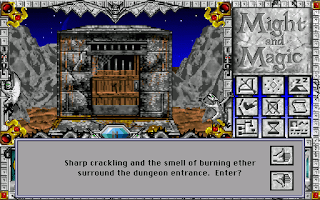