The fourth game in the Dragon Quest franchise and the last to be released on the NES/Famicom changed up the format once again, going for a chpater-based approach that would later be copied in games like Wild Arms.  But does Dragon Quest IV prove to be another worthwhile entry to the classic franchise, or does it just fizzle out compared to other games from the era? 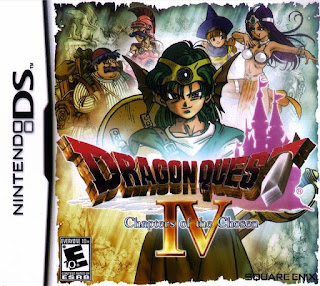 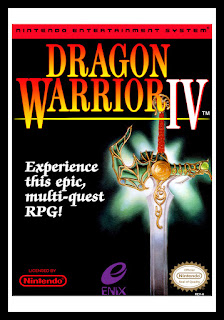 Dragon Quest continued on with no sign of stopping throughout the 80s and 90s, getting four entries in as many years on the Famicom and NES alike.  This would be the last one localized for a good while, though, as Enix passed on bringing over 5 and 6 from the Famicom and 7 would see release on the Playstation, while an advertised remake of 4 for the platform would go unreleased due to the company set to localize it going out of business.

The fourth game is also one of the rarer games on the NES platform; little surprise as it saw release in 1992, when the Super Nintendo and Sega Genesis rivalry was reaching new heights.  Even RPG fans tended to overlook it, as games like Phantasy Star II and III and Final Fantasy II (actually IV) were coming out on those platforms.  But of course, those who only had an NES to play found a surprisingly good game if they picked up Dragon Warrior IV.

The first three Dragon Quest games all were set in the same world, but this was not the case for the fourth entry, which is set in an entirely new one (albeit retaining many of the series' iconic monsters).  Still, while the core gameplay and overall presentation remain much the same as previous Dragon Quest games, the fourth entry definitely changes up the format in an interesting way.  Rather than just having one story to experience, Dragon Quest IV has five.  The first four are short stories each featuring a different protagonist pursuing their goals, while the fifth and sixth star the game's protagonist and have him allying with the protagonists of the other stories throughout the game.  Later remakes add another chapter to the game as well, serving as an alternate ending and having the heroes ally with the game's final boss to defeat the true antagonist behind all of the game's events (a concept that many of the Final Fantasy remakes would also utilize).  Interestingly, one of these characters in particular (Torneko) would later become something of a face for the series, even getting his own spinoff on the Playstation called "Torneko: The Last Hope" that utilized the engine from the Mystery Dungeon franchise.

Some new elements are added to the gameplay too.  One prominent change (at least in the original NES/Famicom release) is that the player can only control the main character in the latter two chapters; the rest are simply commanded by the AI, though the player can give them general commands to heal, cast spells or simply attack, et cetera.  While this does speed up the game a bit by cutting down on the amount of time you spend inputting commands, the option to assume manual control would be nice; indeed, most of the remakes do allow this, so it seems even the developers heard a lot of fan complaints about it.  The player can now search bookshelves, jars, and so forth to find items, in particular the series staple of "Hero Medals" that can be traded for rare items.  A casino appears that allows the player to gamble and earn some extra cash and prizes.  Finally, the player is given a "Wagon" for use on the overworld, which allows them to swap party members on the fly, rather than having to return to town to do so.

Being a game of the era, though, it does fall prey to a few of the same pitfalls.  The game is still a long and grindy one, with frequent encounters that give only a pittance of XP, requiring you to stop at several points and farm experience and gold for a good while before you stand a chance against a particular boss (which really got me at the end for the final boss; I had to gain at least five levels before I stood a chance, and with battles only giving about 100 experience a pop, that took almost a full day to do).  Limited inventory space is also an issue, particularly as you can only carry a small handful of healing items at a time and have to rely on magic for the rest, so dungeons are a test of your level and endurance than anything else.  Save points are also relatively few and far between in the original release, though some later versions do add a quick save feature that let you save progress from almost anywhere (but erase your save on load).

Even with a few shortcomings, though, Dragon Quest remains one of the standout RPGs of its time period.  With a narrative unlike anything else seen on the NES and quite a lot of content to explore, it was a fine last hurrah for big-name RPGs on the system.  Later remakes only did it more favors, adding in a few modern conveniences, cutting down on the grinding element and even expanding its story, and its legacy was enough to get the hero included in the new Super Smash Bros. game as a downloadable character.  Definitely worth a look. 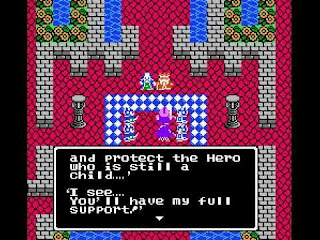 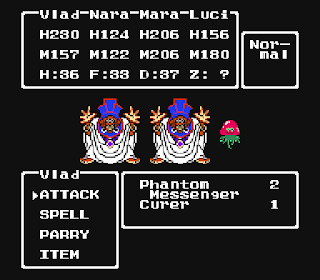 Developer: Chunsoft (NES), Heratbeat/ArtePiazza (Playstation), Cattle Call (Nintendo DS)
Publisher: Enix
Platform: Famicom/NES, Playstaiton, Nintendo DS, Android/iOS
Released: 1990, 1992, 2001, 2007, 2014
Recommended Version: I've only played the NES version personally, though I am aware that most later ports make significant improvements to the game's presentation and gameplay style, as well as allowing you manual control over your allies.  The iOS and Android ports are currently the cheapest ones available and the most fully-featured.