A remake of the original Yakuza from the Playstation 2 era, bringing with it over a decade of improvements to the engine and numerous features from later entries in the series.  But does Yakuza Kiwami prove to be another fun time in Kamurocho, or is this reimaginging of Kazuma's first outing just not worth a look? 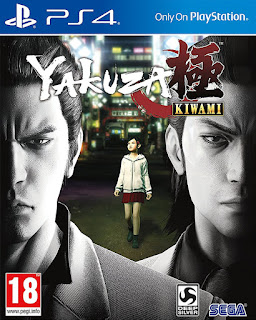 Yakuza has been around in the west for quite a while, but it took a good while to accrue mainstream appeal.  In particular, the earliest Yakuza titles on the Playstation 2 were criticized for having repetitive gameplay, and owing to their relatively late release on the platform and minimal push from Sega, didn't sell particularly well in the west.  It did pick up a bit more steam in the PS3 era, where much larger disc sizes allowed for a far more in-depth and immersive experience, but it wasn't until the PS4 era that its popularity really began to soar with the launch of Yakuza 0 and Kiwami.

Both games are very similar in terms of overall design.  Not only do they run on the same engine, but combat remains quite familiar, a lot of the minigames are carried over with only minimal changes (most for the better - more on that in a bit) and even Kamurocho's overall layout is almost identical.  However, like the PS2 original, it is a very linear game for a good while before you're given any chance to roam freely - about four hours of story preface any ability to partake of minigames or subquests.  Sadly, the game also does not carry over the English voiceover from the PS2 version - only the Japanese voice track is included.

One notable changeup from 0, though, is that the game returns to a more traditional experience system seen elsewhere in the series.  Rather than using money for both items and character upgrades, you earn experience by completing side-quests and winning combat, and after filling the gauge, you get a point that can be spent on upgrades.  Rather than being broken up into trees for each of Kazuma's combat styles, though, they're broken up into broader categories.  Body for extra health and attack damage, as well as reduced damage under certain conditions; Soul for abilities tied to the Heat gauge, such as charging up when low on health or getting new finishing moves under certain conditions; Tech unlocks new moves across Kazuma's three combat styles and allows for more synergy between them (in particular, the ability to switch styles on the fly after completing a basic combo).  There is a fourth tree as well called "Dragon of Dojima" though this one cannot be upgraded by spending experience points.  I'll discuss that one a bit more below.

Another returning element from 0 are Kazuma's three primary combat styles - Brawler, which is relatively well-balanced with some skills for countering enemy attacks with Heat meter finishers; Rush, which is effective for dodging attacks and dealing a lot of weaker hits in rapid succession; and Beast, which is slow-moving but can resist knockdown and stun and plow through multiple enemies with each swing, making it best used against larger groups.  A fourth combat style appears in this game too - Dragon of Dojima style, consisting primarily of Goro Majima's moveset from Yakuza 0.  However, this one cannot be upgraded by traditional means - new nodes on the upgrade grid are only unlocked as you defeat Majima in battle.  Befitting this, Majima pops up near-constantly to fight you, with his presence indicated by both a gauge on the menu that steadily fills.  He shows up frequently between story beats as well, getting gradually tougher each time you fight him.

Full completion, as usual for the series, is a very time-consuming endeavor.  There is a ton to do in the game, with a lengthy bulleted list in the menu showing completion goals for virtually every element of it.  From defeating a certain number of foes in each of Kazuma's fighting styles to seeing a large variety of the Heat actions in the game to dining at restaurants to simply talking to NPCs, all of these things award Completion Points, which in turn can be spent to unlock rewards like alternate costumes, enemies that grant large amounts of money on defeat, or special weapons that cannot be acquired elsewhere (and, of course, tying into the Playstation 4's ever-prevalent Trophy system).  The numerous mini-games throughout are of course a big part of this too - you will have to play all of them quite a bit if you want to achieve 100% of the completion list.

Thankfully, they have taken some steps to ensure that the minigame element of Kiwami isn't nearly as much of a pain as in some other games in the series.  Not only are the goals much more reasonable this time, but the player can get some outside help elsewhere in the game.  Finding locker keys hidden throughout the world can grant the player a lot of rare and one-of-a-kind items; some of these are unique "cheat items" that can be used to grant players a one-time advantage in some minigames.  The Lucky Tile, for example, can be utilized to get a Yakuman right away in Mahjong, quickly scratching off one of the toughest completion goals to get normally.  Others will simply grant you a one-time advantage, letting you get some starting chips at minimal cost.  Even with cheat items, though, some will still take quite a while; Mahjong in particular does require you to get fairly adept at the game, and even then some goals tied to it just come down to luck and persistence.  Most of the casino games fall under this too; you will still have to play quite a bit of Baccarat, Blackjack, Poker and Roulette to get completion credit. You can also save the game at any time, though (not just at phone booths), so that can help with some of the grindier ones - quit the game and save whenever you get ahead, reload when you start to lose too much.

So, while it may not be a vastly different game from Yakuza 0 on a gameplay level, I think Kiwami is still a fine remake.  The story from the original game is kept largely intact while the gameplay retains the biggest improvements from later games in the series, making for a solid experience overall.  Those looking for a good crime drama story have a lot to enjoy in its relatively short campaign, while die-hard completionists have much to enjoy as well - combat, exploration, minigames and just exploring Kamurocho all belay a huge amount of content to explore and can easily keep a dedicated player engaged for hundreds of hours as they try to complete it all.  This is one to check out if you're looking for a quality action-RPG experience. 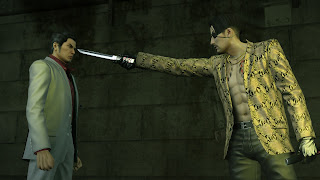 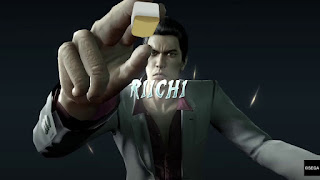