A new turn-based role playing game by an independent Russian game developer tries to fill the void left by Bioware and Black Isle studios. Is it a worthy successor or just a rehash of a decades-old design? 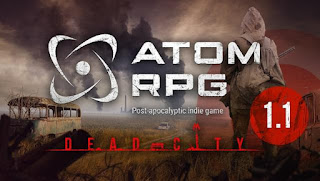 Atom RPG (that’s its full name) takes place in 2005 in the remnants of an alternate Soviet Union. In 1986 American President Ronald Reagan started a nuclear war which ended with both countries in ruins. The player is a cadet for the secret agency A.T.O.M., which is tasked with the restoration of society. The player’s first assignment is to uncover the fate of a team of operatives who went missing while investigating rumors of a pre-war research facility. In true RPG fashion, the cadet gets sidetracked into organizing a local election, investigating a strange cult, going undercover in the local mob and of course, running innumerable errands for farmers, shopkeepers and the elderly. This isn’t quite as unreasonable as usual, since one of A.T.O.M.’s primary directives is to help stabilize local communities. As an operative, you are expected to lend aid whenever possible. This, however, doesn’t prevent the player from being a complete bastard, if that’s they want.

Fans of the Black Isle Fallout games will be familiar with the layout- very familiar in fact; character creation, the overland map and combat are almost exactly like Fallout 2. The UI is not as similar, but still close enough to feel familiar. This, however, can lead to confusion when the player looks for a game feature that’s been moved to a new button or screen. Which brings me to my first real complaint- tool tips, or rather, the lack of them. There are a few placed erratically around the UI, but for the most part the player will have to click on a button in order to figure out its purpose. The game is definitely intended for someone who has played through either Fallout 1 or 2.

On the surface, Atom RPG appears to be a clone of Fallout. Scratch that surface though and there are some significant style differences. Besides the Russian setting and atmosphere, there’s the matter of time. For the people of the Soviet Wasteland, the apocalypse occurred only 19 years ago. Most of the npcs will tell you what their careers were before the bombs fell. Some are still traumatized by the devastation while others bear it stoically. Towns are in various stages of rebuilding and you can often tell how well a village or farm is doing by its condition. Whether you enjoy the dialogue may depend on your familiarity with Russian culture. I’m not sure how much is deliberately written to give the feel of speaking in Russian and how much is poor translation, but overall I liked it. There is very little slang, but the turns of phrases the npcs use feel authentic to me. There is a ridiculous amount of dialogue and character description written and you have to speak with a lot of npcs before you start running into duplication. One exception are the random encounters with caravaneers and scavengers. There are maybe four or five variations, but since they mainly exist to resupply you on the road, that’s forgivable.

One of the biggest, yet most subtle differences is theme. Beneath the usual post-apocalyptic trappings, Atom RPG is a game of Cosmic Horror. Wonderfully, it’s not in your face unlike most nods to Lovecraft. There are a few obvious references and easter eggs. The diary of a hunter that gets hunted himself by a ‘shadow man’. Odd wooden totems and stone circles in the wilderness. A mystery involving a cult and forbidden scientific research. Beyond that, however, the game captures the heart of cosmic horror- the feeling that you are very small and dealing with vast powers beyond your control. The cadet is a puppet with many masters and as the game goes on the question of whom do you really serve becomes increasingly difficult to answer. Layer a healthy dose of Russian folklore and urban myth on top and you have the makings of an enjoyably grim RPG.

The graphics are excellent overall but nothing groundbreaking. Character portraits in the dialogue option are static and occasionally reused (mostly with the random encounters mentioned above). Its occasionally difficult to notice small objects, although Atom Team has compensated for that with a highlight key. On the plus side, the models are detailed enough that you can get a good idea of what a human adversary is outfitted with, which is useful when it comes to combat. The palette is mostly brown and grey, but there are appropriate splashes of color- a sprinkling of flowers on an untouched verdant hillside; the occasional gaudy neon sign and the nauseous green of toxic mushrooms.

The sound is less impressive but overall acceptable with occasional flashes of inspired music or sound effects. Again, the use of Russian and Soviet-era music is a pleasant change. But then there are the development short cuts. I noticed that when certain creatures are nearby but out of sight, the game will play appropriate sounds (wolf howls, the chitter of rats, etc). The downside is the animal calls will continue to loop even after you’ve killed every animal on the map.

The gameplay as I noted earlier, is very similar to Fallout; you have seven characteristics (strength, intellect, endurance personality, attention and luck) and a list of skills that go from 01 to somewhere past 100. Skills over 100 are important because they allow you to perform under situational penalties or, in the case of combat, make it easier to target specific body parts. Rounding out characters is the ability tree, which is Atom RPG’s version of perks. There are no stat or skill requirements for abilities, but you must progress up the branches, buying lower tier abilities as requirements for the better ones. The tree is fairly simplified with several branches to choose from and you can either go wide or deep.

In addition to health, your character has three major numbers to keep track of: radiation, toxin and hunger. Radiation can be lowered by either taking anti-rad medicine (which is expensive and rare) or by drinking good old Russian vodka (which is cheap and common- and comes with addiction and other side effects). Toxins can be flushed out with either anti-venom (very effective and expensive) or water which is uncommon but fairly cheap. Water isn’t very effective and bottles weigh a fair amount though, so it’s often worth it to spring for the anti-venom. Hunger is annoying but not so much that it takes away from the game. Since you can eat anywhere out of combat and food heals damage, you’re going to want to keep well supplied anyways. On top of that, cooking is easy, can be done at any campfire (or anywhere in the traveling map) and not only heals you more than raw or processed food but lowers your hunger more. Also you get a small xp reward (generally 5 to 10 xp) every time you cook.

Combat is both easy to learn and brutal. Expect to die and reload repeatedly. It’s not unfair though, the player can take advantage of the same knockdowns, stuns and other combat effects as the enemy. The major caveat is that you are (especially in the beginning) almost always outnumbered and frequently outclassed. This gets easier as you acquire companions and better equipment. The enemies ramp up with you but not as quickly as in other games. Happily, random encounters give you a chance to run away or sometimes talk your way out of them before actual combat starts. Some areas, however, just have to be avoided until you have the skills, equipment and numbers to tackle them. One quest forced me to get creative and give up a portion of my hard-won loot (I hid the rest) in order to get out alive. This is after I tried to shoot my way out and died repeatedly.

The diplomat is a viable character build in Atom RPG, though I don’t think a complete pacifist run is really possible for other reasons. Obviously having a high speechcraft is recommended, but the game often lets you make strength checks (intimidation) instead. It’s also possible to just follow the dialogue tree down until you succeed, although you rarely get the better results that way.

For whatever reason, Atom Team decided to simplify the stealth mechanics in a way that limits its usefulness. There is no stealth mode, your skill is always applied if you try to steal something or get closer to an enemy unnoticed. If you have companions, the lowest skill in the group is used to determine detection. In practice, it’s very difficult to get away with anything undetected.

Companions by and large, have proven helpful for me, especially in combat. They level up with experience and you can assign skills and abilities to them. The combat AI is competent and their tactics are fairly customizable. That being said, I have been hit by friendly fire on more than one occasion. You will need to equip them, however, and if you give them multiple types of ammo, they will use the best even on trash mobs.

The crafting mechanics are fairly simple and feel right. Homemade weapons and armor look homemade and your character is not going to build a nuclear generator out of wire and two coconuts. They are useful enough to keep using quite a way into the game, but you will find better eventually. One major concern is ammo and since most pipe guns use the same homemade ammo, they can keep firing when you’re all out of precious 7.62.

Overall, Atom RPG is a fun and absorbing game with lots of replay potential. And at an average price of $15, it’s an inexpensive way to fill the Fallout void in your gaming library. 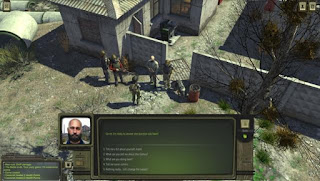 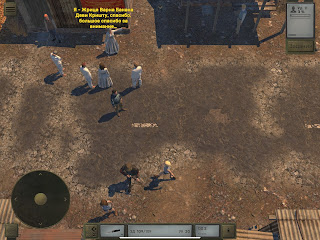