Ni no Kuni: Wrath of the White Witch

Ni no Kuni marked Level-5's return to the single-player console RPG experience after a long absence, and they brought Studio Ghibli along for good measure to provide plenty of charm and emotional impact.  But does Ni no Kuni stand up well as a game, or is this just one that only has an anime legend behind it but nothing else? 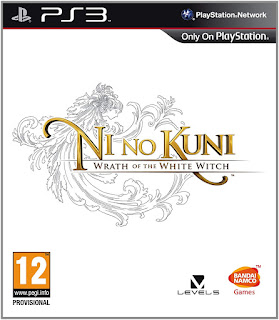 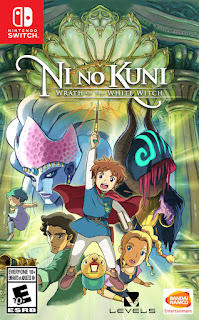 Level-5 made their debut with the Dark Cloud franchise and from there built a small empire, moving on to create a very successful puzzle game franchise (Professor Layton), bring the Dragon Quest games to a new generation with cel-shaded visuals, voiceover and traditional but challenging gameplay, and build a long-running tie-in franchise to the Inazuma Eleven anime series.  That was all well and good, but fans of traditional RPGs in the PS3 era were largely left out, with their only releases on the platform to that point being a lackluster online game called "White Knight Chronicles" and its sequel.  That, paired with a ton of other underwhelming RPGs in the era (Final Fantasy XIII and hordes of Idea Factory slop), left a lot of genre fans, myself included, high and dry.

Then out came Ni no Kuni: Wrath of the White Witch.  A reimagining of a Japan-only DS title called "Ni no Kuni: Dominion of the Dark Djinn", it took advantage of the more powerful hardware in every way it could to truly deliver a Ghibli-like experience.  It succeeds admirably in this regard, playing up all of Ghibli's hallmarks - with imaginative monster designs, beautifully-animated, cel-shaded characters and models, gorgeous and intricately detailed towns, numerous animated cutscenes for story scenes and the protagonist undertaking a very personal and emotional journey, the presentation of the game is fantastic and quickly draws you into its world.  Even the in-game manual ties into this quite well, showing off huge amounts of world lore, spells, a monster bestiary and even a handful of short stories, all brimming with charm.

Helping with this is its old-school design, returning some long-absent genre elements (like a world map) to the game but making efforts to make them feel fresh in their own way.  The overworld, unlike many older games, is not just a flat and dull place full of enemies and little else, but has quite a lot of gameplay in itself - items to find, quests to complete and strange sights to see.  Enemies are also visible on the map and in dungeons at all times, giving the player a chance to avoid them and conserve resources or pick their battles with a particular enemy type they would like to capture.

Combat in the game is action-driven, with the player able to select and cast spells, attack enemies or use items in real-time, with the other two playable characters being computer-controlled.  The main characters have useful spells, though their abilities are somewhat limited and their physical attacks not particularly strong.  This is in large part to encourage the use of the game's Familiar system.  Somewhat similar to the Pokemon series, enemies can occasionally be tamed and added to one's party, and each has their own distinct movesets and stats.  Most also have fixed maximum levels, however, requiring that the player constantly keep an eye out for new creatures to capture to keep pace with the game's challenge.  The combat itself is simple overall but fun enough, though the lackluster party AI (tending to blow all of their MP on spells in very short order) leaves a few things to be desired.

As is standard for Level-5 games, Ni no Kuni offers quite a lot of side-content to keep the player occupied well beyond the main story.  One story-relevant but largely optional moment is the "Pieces of Heart" mechanic; not to be confused with Zelda, these have the player capture a particular emotion from a character with some to spare and give it to someone else who is lacking in it, usually earning a reward in the process.  Completing sidequests like monster hunts or errands earn Merit Stamps, which can be spent on character upgrades.  Some more traditional ones show up too, like a casino and an arena with progressively tougher combat challenges to overcome.

Ni no Kuni, while not my favorite Level-5 game, is certainly a welcome return to form for them after a long time away from grandiose JRPG experiences.  The presentation and atmosphere is full of charm, aided in no small part by the legendary studio Ghibli, and it's certainly not lacking for content, with a 40-hour main storyline and plenty of optional quests to undertake to keep you engaged even longer.  As a gameplay experience it's good but not great, but as a charming video game fairy tale it's unforgettable.  Very much worth a look for any serious RPG fan. 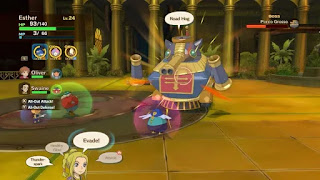 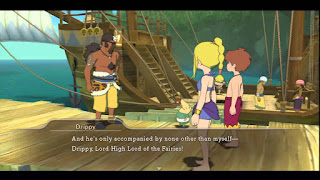 Developer: Level-5
Publisher: Level-5, Namco Bandai Games
Platform: Playstation 3, PC, Switch, Playstation 4
Released: 2013, 2019
Recommended Version: The 2019 ports feature no new content, but run at a higher resolution and framerate than the original PS3 release.  The Switch version runs at 720P and 30 FPS while the PS4 and PC ports run at 1080p and 60 FPS.