Castlevania: Symphony of the Night

Castlevania's second attempt at an RPG format and the first in which Koji Igarashi played a major role, Symphony of the Night is regarded as a classic and a building block for an entire subgenre of games that worked RPG elements into the open-ended exploration format of Metroid.  But does the turning point for the Castlevania franchise still hold up today, or is this just one for the history books and little else? 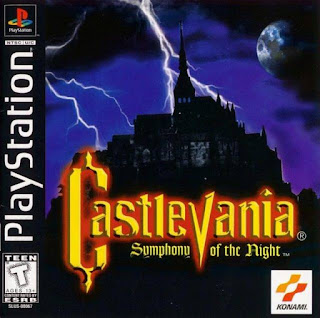 A relatively low-key entry in the early days of the Playstation (in part because Sony refused to promote it in favor of several 3D games coming out at the time), Symphony of the Night has gone on to become a huge fan favorite and as a result of that, radically changed the course of the Castlevania series.  Only rarely from then on would games be linear action-platformers, instead adopting the same non-linear exploration and gradual upgrade system as this game, which in turn was inspired by Nintendo's Metroid series.  This format endured for several years and numerous entries on the Game Boy Advance and Nintendo DS systems, and of course continues to be copied today by numerous indie developers wanting to make their own take on the format.

Playing it now, it isn't hard to see why, either.  While the acting and dialog is rather cheesy (as per standards of the era), it certainly tried to take the series' storytelling into a new era with plot scenes, a running narrative with a few clever twists (tied to solving some in-game puzzles) and full voice-over.  Even the audio and visuals have upped their game, with a stellar genre-melding soundtrack that works in elements of classical, techno, rock, jazz and metal, and even has vocals during the end credits.  Graphics are impressive too, with 3D backdrops and some 3d modeled enemies and bosses integrated into a world of impressively detailed, smoothly-animated 2D backdrops and characters.

The way it's done is also rather cleverly implemented.  The game at first appears to be another platformer (even opening with the player in Richter's shoes and re-enacting the final fight from Rondo of Blood), and afterwards is put in the shoes of Alucard, who is exceptionally powerful (defeating any enemies he encounters in a single hit).  However, it isn't long before the player encounters Death and has all of their equipment taken away, and at that point they must scavenge and buy equipment along the way, even gradually unlocking the "RPG elements" of the game like displaying damage inflicted on enemies and allowing them to drop items and hearts after being defeated.

Strangely, the game also retains quite a few elements of the earlier platforming-based Castlevanias.  Alucard still gets access to sub-weapons from many of the prior games - Holy water, throwing daggers, bouncing diamonds, the time-stopping stopwatch, and others - and they're still powered by hearts, which can be found by defeating enemies or smashing open candles and lanterns along the way.  Once the game is completed, the player also has the option to replay it as Richter, who retains several abilities he had in Rondo of Blood, including the ability to do the "Item Crash" with sub-weapons and do powerful, often screen-spanning special moves at a large heart cost.  Even a lot of areas in the game are familiar, with series mainstays like the clock tower and underground caverns making appearances.

For the most part, though, the experience is a relatively fresh one.  Alucard gets access to a staggering number of weapons, shields, armor, capes and usable food and attack items, allowing for a staggering amount of player customization.  Moreover, several forms get unlocked over the course of the game, including a wolf form to allow for faster running, a bat form to enable flight and see in dark areas, a mist form which makes him intangible and able to slip through barriers and avoid damage (and can be upgraded to a "Poison Mist" form to damage enemies).  Other abilities get unlocked too, like the ability to leap up to the ceiling to avoid damage and damage enemies in one's path, and the ever-popular double jump to allow more mobility in combat and travel.  A number of spells are also found over the course of the game, letting Alucard mimic some of Dracula's signature attacks (teleporting and throwing fireballs) and granting him several of his own (like a charge attack with the bat form and the ability to "Soul Steal" enemies to recover HP).  Another odd addition is "Familiars", which cause a small 'sidekick' to follow Alucard and aid him along the way - a fairy that will use healing items or free him from Stone status, a demon that attacks enemies and presses switches, and a sword that flies around the screen slashing at enemies to name a few.  Strangely, two of these (Faerie and Tengu) were cut from the original US release, but have since been restored in later ports of the game.

Of course, once one is familiar with the game and its mechanics, they discover some rather hilariously overpowered (if not outright broken) combinations for weapons and armor.  One of the most famous of these is the Shield Rod; a weak weapon on its own, but it has the gimmick of granting Alucard various stat buffs when used in combination with shields one finds throughout the game.  By far the most powerful, though, is when used in combination with the Alucard Shield, which makes the player all but invincible and lets the shield rapidly inflict massive damage to anything it touches - enough to devastate even bosses in a matter of seconds.  Similarly, one can also use a gem-duplicating exploit to get ahold of the Duplicator item early, granting the player unlimited uses of any expendable equippable item and letting them rapid-fire shurikens and generate a limitless supply of HP-restoring food, which makes the game's difficulty overall rather trivial.  And of course, there are some rare drops that break the game in their own right, like the long-ranged Verboten sword and the rapid-firing Crissaegrim.

In spite of all that, though, Symphony of the Night is a very captivating game.  The sheer amount of content it offers allows casual players and those interested in a deeper challenge to tweak the game to their liking, and the amount of fan service and plot scenes are a treat for long-time series fans.  There is also substantial replay value thanks to the aforementioned Richter mode and various special passwords one can input to access new challenges  (my personal favorite being "Thief Mode" or "Luck Mode", which lowers all of Alucard's starting stats but raises his Luck to 99 right out of the gate, allowing you to get rare drops much more easily).  It may not be the most well-polished or balanced of games, but it's arguably the most entertaining Castlevania game ever made, and that alone gives it a lot of clout. 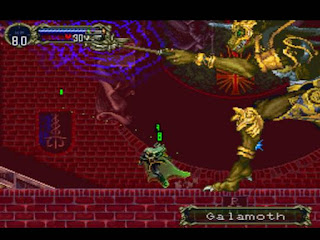 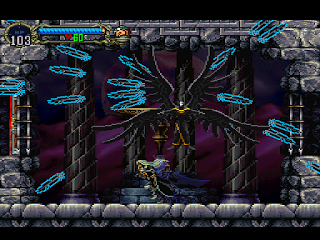 Developer: Konami Computer Entertainment Tokyo
Publisher: Konami
Platform: Playstation, Saturn, PSP, 360, PS4, Vita
Released: 1997, 1998, 2007, 2018
Recommended Version: The PS4 version is the most readily-available one nowadays and is arguably the definitive release, bundling the game with its predecessor Rondo of Blood and restoring some content cut from the original PS1 release and updating the dialog and VO to more modern standards (and featuring the likes of Yuri Lowenthal, Michelle Ruff, Tony Oliver and David Vincent, among others).  If you can find it, though, the Saturn port does have some exclusive content not seen in other versions, including some new areas (the Underground Garden and Cursed Prison) and a playable version of Maria with very different mechanics than those seen in later releases.