The Legend of Zelda: Link's Awakening

The Zelda franchise's first outing on the Game Boy had a lot to live up to, particularly as it was on a less-powerful platform than other games in the series.  But did Link's Awakening provide a good time for fans of the series, or is this just the series' first black sheep? 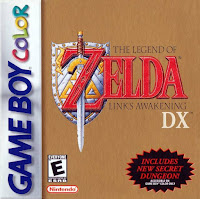 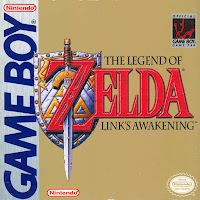 The handheld wars were beginning to kick into high gear in the '90s, with Nintendo easily taking the lead with a system that sported strong battery life, a surprisingly good library of games and, of course, being packaged with one of the most popular games of all time in Tetris certainly didn't hurt its appeal either.  But with the Atari Lynx and Sega Game Gear soon joining the fray, Nintendo had to compete with two systems that sported color graphics, backlights and respectable libraries of their own.  Naturally, they would turn to one of their most beloved franchises to answer that call, promising a Zelda adventure that would be exclusive to the Game Boy, but provide no less fun and content than its console counterparts.

Thus came Link's Awakening, and to nobody's great surprise, it provided another worthy adventure in spite of the system's limited palette and graphical resolution.  While slightly restricted in design (being once again broken up into distinct, non-scrolling "screens" that load individually and not having the wider, open-world feel of the second or third Zeldas), you certainly weren't hurting for content.  The game's world is a vast one with a plethora of hidden secrets, NPCs to interact with and a wide variety of enemies who each require their own distinct strategies to deal with, and almost every screen has something interesting to see or interact with - very few don't have something distinct about them.  The world had just as much variety as its console counterparts too, with locations like a swamp full of carnivorous flowers, a mountaintop with falling boulders, a desert and a maze of rivers and waterfalls that serves as a minigame later in the quest.

Awakening has considerably fewer pieces of equipment to utilize than Link to the Past, but it ultimately gets more mileage out of the ones it has.  While LTTP's items often had specific uses and saw little function beyond a handful of places in the game, almost every item in Link's Awakening can be used in numerous ways, and can even have their effects combined together to create new ones.  For example, the shield must now be manually activated by assigning it to a key and pressing a button, but is generally more useful, blocking most every attack Link endures from the front and even being able to flip some enemies over to make them vulnerable to attack. Roc's Feather allows Link to jump over small gaps, but also serves its purpose in battle by letting him hop over enemies and attack them from a more advantageous position.  When combined with the Pegasus Boots, he can leap over gaps that are three squares wide instead of just one and reach areas he couldn't before.  Combining the Boots and sword lets Link smash through certain types of blocks and plow through enemies for heavy damage, and my personal favorite: Combining the bomb and the bow causes Link to fire a bomb-tipped arrow that explodes on impact and deals heavy damage.

Link's Awakening's dungeons also distinct.  While they do retain the theming seen in Link to the Past, it's not nearly as prominent - you see ice puzzles, for example, but not really a full-fledged ice-themed dungeon.  There is a water-themed dungeon and a lava-themed dungeon, but they don't really factor too heavily into the enemy designs and puzzles, instead mostly just serving as obstacles for the most part (and having bosses based on the theme).  What truly sets them apart is that they're fairly bizarre by Zelda standards, working in not just some sidescrolling platforming stages (taking the place of the nondescript tunnels from the first game), but actually having cameos from other Nintendo properties appear in them  Goombas, Thwomps and Piranha plants from the Mario games appear, with Goombas in particular providing a cute easter egg in that they will always drop a heart if Link defeats them by stomping on their heads with the Roc's Feather.  Kirby, surprisingly, also makes an appearance as a fairly dangerous enemy in the later stages, being immune to Link's sword and able to swallow him whole for significant damage.  Even Wart from Mario 2 makes a cameo as a prominent NPC, teaching Link an ocarina song he will need to finish the game.  Basically, Nintendo took the concept of a Zelda game set in a 'dream world' and ran with it by letting their game break the fourth wall a bit, which adds to its off-beat charm.

Link's Awakening's aesthetics take advantage of this too, with the exaggerated character designs and expressive animations giving even the mudane NPCs a lot of personality and a distinct feel not seen in earlier Zelda games.  Some animated cutscenes appear throughout the plot (moreso in the DX version of the game), adding a slightly more cinematic feel.  Even little touches like the Piece of Power making your sword flash on the HUD and changing the music to a more fast-paced, energetic theme contribute to the style, giving the game an overall energetic mood to compensate for its lack of color.  And of course, as per Nintendo's high standards toward all of their games, but Zelda in particular, the music is excellent, conveying a strong atmosphere of a grand adventure in a strange and captivating fantasy world, and a truly sinister feel to the dungeons and bosses.

So in short, being released on a system with much more limited graphical and technological capabilities did very little to weaken Zelda's charm.  With its expressive animations, highly polished gameplay and a world that is both bizarre and captivating, Link's Awakening provided just as much of a worthwhile adventure as any of its console counterparts of the time.  It may not be as highly-regarded as Link to the Past or Ocarina of Time among Zelda games from the 1990s, but it's just as good as they are, if not moreso.  Very highly recommended. 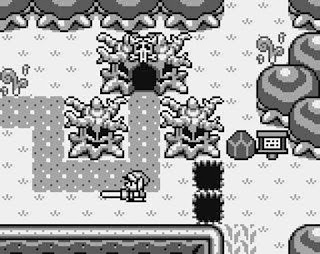 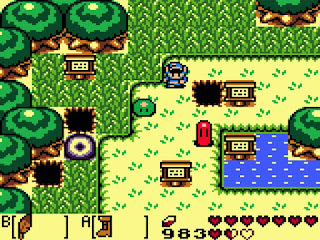 Developer: Nintendo EAD
Publisher: Nintendo
Platform: Game Boy, Game Boy Color, 3DS Virtual Console
Released: 1993, 1998, 2011
Recommended Version: I personally have more attachment to the original version, being the first Zelda game I actually owned, but the DX version is well-regarded by many, featuring color graphics, a new dungeon that grants one of two armors when completed (boosting Link's attack or defense) and some Game Boy Printer functionality, letting the player print pictures of various new scenes they can encounter.  This is also the version that was released on the 3DS Virtual Console.