Every global phenomenon has a humble origin, and Pokemon's was two little games released on the Game Boy almost a decade after its launch and well after most people had forgotten it existed.  But do the origins of one of the best-selling video game franchises of all time still hold up, or are they simply overshadowed by other, similar games and later entries in the series? 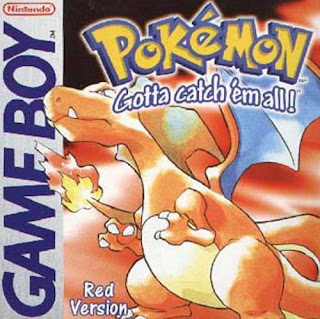 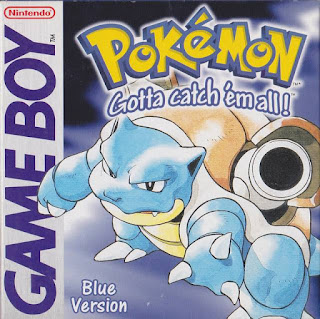 Pokemon is a franchise that needs no introduction; after all, it is one of the most popular multimedia franchises of all time, ongoing for nearly twenty-five years and showing no sign of stopping.  It's had manga tie-ins, several long running anime series, a live-action movie, every type of toy and merchandise imaginable and its video games have sold over 300 million copies worldwide.  It's a little crazy to imagine that it all began with two humble games on the original, green-screened Game Boy.

In 1995 Game Freak released Pokemon Red and Green, the latter of which was released as Pokemon Blue in other regions in 1998.  Put simply, it was quite a sight for the original game boy, providing a lengthy and compelling RPG experience with a staggering amount of content.  Not only was the base game a thirty-some hour endeavor in itself, but the game's sheer amount of optional content and huge variety of monsters to catch and play around with (151 in all) gave it even greater longevity and replay value.  Moreover, one could not catch all of the monsters in a single game; one would have to trade with at least one other player who owned the other version if they wanted to complete their Pokedex.  This in turn encouraged players to purchase Link Cables; not just for that purpose, but for pitting one's team of Pokemon against an opponent to find out who the better trainer is.  Basically, it combined elements of a collection-fest, an RPG and a competitive two-player experience under one roof, and as a result has enjoyed significant longevity for both casual RPG fans and those into competitive gaming.

I never got into the competitive aspect of Pokemon myself, but being relatively new to RPGs at the time and starved for a quality Game Boy RPG after playing through the Final Fantasy Legend trilogy, Pokemon naturally caught my attention.  And managed to keep it for almost 86 hours, as it would turn out; I quickly got hooked and ended up trying to complete my Pokedex, which resulted in a lot of exchanging rumors, scouring every area for clues, and farming minigames until I finally had everything.

Of course, the act of catching Pokemon is almost a minigame in and of itself.  You start out with just one, but after a few quick story events, you're then given a handful of "Pokeballs" and set out to capture everything in your path to bolster your party and overcome tougher trainers on the path to the end.  But even after paralyzing, freezing, inflicting Sleep status and dropping HP to a sliver on any given Pokemon, capturing still isn't guaranteed; far too many times to count would they slip out of a capture anyway and leave me frustrated as I'd used my last ball and had to go purchase more.  Doubly so since money in the game, unlike many RPGs, is largely limited; there are only so many trainers to defeat and so much money to earn before the endgame, and from there, the only way to earn more is to challenge the final gauntlet (the Elite Four) again and again, which can take about an hour per attempt.

The luck element doesn't just end there, though.  A handful of minigames are present too, and completing these is required to get many Pokemon that can't be acquired through other means.  First is the casino in Celadon City, where one must grind a whopping 9,999 coins to acquire a Porygon (reduced to a more reasonable 6,500 in Blue); even if you're lucky enough to get the randomly-picked "hot" machine that almost always gives a payout, you'll still be sitting there for many hours to get that many coins.  But more frustrating is the Safari Zone, which has the player either throw rocks or food to distract a pokemon, then try to catch them with the special Safari ball, all the while hoping they don't flee and ruin the whole attempt.  This gets especially frustrating when one also considers the low chance of even seeing, let alone acquiring, some monsters - Chansey, Tauros and Scyther/Pinsir all have a very low chance of appearing, and if they flee, it can take many attempts before the player encounters them again.  Needless to say, I ended up save-scumming quite a lot here.

The monster customizing aspect was another major element of the game that drew in many of its fans, and it isn't hard to see why.  While the breeding aspect wasn't introduced until the next generation (and opened up a whole new world of possiblities in itself), the semi-randomized stats of Pokemon, as well as being able to customize their move sets via Technical Machines (TMs), lent quite a bit of a strategic element to the game.  As did the fifteen Pokemon types, each of which had their own strengths and weaknesses.  Grass types were strong against Water, Ground and Rock types, but weak to Fire and Ice, for example.  Rock types resisted Normal attacks and devastated Flying types, but fell quickly to Grass and Water types, while Fighting types dealt extra damage to Normal and Rock types but were vulnerable to Psychic and Flying types.  Naturally, the idea with customizable movesets was to compensate for these weaknesses to a degree; teaching your Lapras Blizzard, for example, might just allow it to stand up to a bulky Grass type, while Explosion proves to be a useful tool for taking down particularly annoying wall Pokemon at the cost of one of your own.  Unfortunately, most TMs were limited to a single instance per game, which meant that if you wanted a particular move on more than one monster, you usually had to buy another copy of the game, transfer your monster over, learn it, and then trade it back.

This element was not without some problems, though, particularly as some types have very lackluster pokemon (like the Bug type, which is virtually useless beyond the first Gym battle) and others simply dominate.  A good example of the latter is the Psychic type, which is vulnerable to Bug and Ghost types; the first is problematic enough owing to the aforementioned weak Pokemon in that category, but every Ghost type in the game (all three of them) are dual Poison types, which gives them a weakness to Psychic attacks.  Moreover, owing to a glitch Ghost type attacks actually did no damage to Psychic types at all, making them useless for their intended purpose.  Pair that with the fact that the most prominent Psychic type in the game (Abra and its evolutions) has a move that allows it to heal itself basically for free, and this makes Sabrina (the Psychic-themed Gym Trainer) and her gym a very frustrating ordeal to get through.  Worse still, the game's uber-Pokemon, Mewtwo, is a psychic type that can heal himself and use almost any other move in the game too, making him a bulky tank that is virtually indestructible, save perhaps by another Mewtwo.  It's rather telling that they had to introduce a whole new type (Dark) in the second generation to attempt to balance out Psychics, and why Mewtwo and other "Legendaries" quickly became banned from competitive play.

Still, while my interest in Pokemon has long since faded, I can't deny that the first generation was a game-changer in its time.  The sheer amount of content it managed to pack into a cartridge for the humble Game Boy was nothing short of staggering, and it led the way for even more sprawling and ambitious games to come.  My favorite games in the series wouldn't come out for a few more years, but Red and Blue will always be the ones with the most distinct memories in my mind. 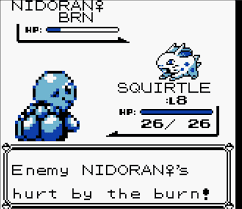 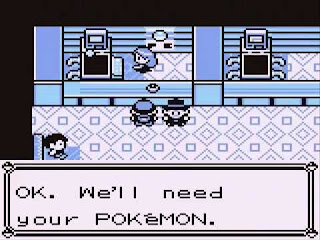 Developer: Game Freak
Publisher: Nintendo
Platform: Game Boy, 3DS Virtual Console
Released: 1998, 2016
Recommended Version: The Virtual Console version is a direct port of the Game Boy games, though with the ability to store one's Pokemon in the Pokemon Bank (via a separate app and subscription service).  However, nowadays I would recommend playing the remakes for the Game Boy Advance, titled Fire Red and Leaf Green, which have support for importing Pokemon from other games as well as a much more polished presentation and better gameplay balance overall.