Legend of Zelda: the Wind Waker 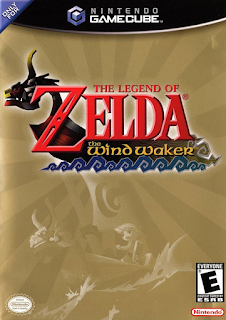 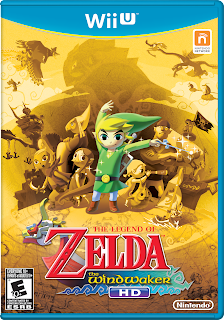 Wind Waker naturally met with a lot of anticipation before its release, being the franchise's first outing on the then-new Gamecube.  However, fan reaction in the end was somewhat mixed; while the game carried on the series' format and brought a lot of improvements to the table in terms of its design, its heavy emphasis on sailing across a broad ocean-like environment, rather than the dense land-based worlds of previous Zeldas, met with criticism from fans.

Its visual style met with some controversy too.  In contrast to the realistic, darker aesthetic of the N64 games (which found appeal among older and newer fans alike), Wind Waker was very bright and colorful, with prevalent use of cel-shading to give it a much more cartoonish style.  This is present throughout the game's environments, but especially for the characters, all of whom are very expressive and fluidly animated; Link in particular has some amazing (and downright hilarious) reactions to in-game events, and enemies will often react in exaggerated, comical ways when the player has them at a disadvantage, further adding to the lighter mood.  Still, those who got on board with the series while it was building up its fanbase in a darker place saw this as a step back in some respects.

With the new hardware came a number of gameplay improvements, not the least of which was a fully-controllable camera via the C-stick, making combat and navigation much less cumbersome than in the N64 Zelda titles.  The context-sensitive action button returns, though is considerably less cumbersome than it was in Ocarine of Time and Majora's Mask, making performing precise actions (especially in combat) much simpler.  Link also controls much more smoothly on the whole, with actions like precise turning, jumping and aiming now proving much simpler to pull off.  A fun new combat feature is present in "counterattacks" - with a well-timed press of the A button, the player can have Link perform a special animation to simultaneously dodge an enemy's attack and do a powerful counter-move for heavy damage (though it may not always work - you can still be hit while the animation plays, which can be troublesome as you can't control the exact type of counter you will do).  And of course, the stronger hardware of the Gamecube ensured that the notorious "Nintendo 64 fog" to mask draw distance and keep the framerate steady was no longer present.  In fact, the game as a whole also feels much more cohesive, with almost no instances of visible "loading zones" and the environments feeling much like an open world instead of tightly-packed downs and dungeons.

The improved engine gives way to a number of new ways for Link to interact with his environment as well.  While the old mainstays of bow, bombs and the Hookshot remain, Link can now swing from branches and beams via a grappling hook, drift through the air on a magic leaf (and ride updrafts to gain altitude) and even use a unique take on the Boomerang that can lock on up to five targets, and will actually strike said targets in the same order the player locks onto them.  The sailing aspect ties into this as well, allowing for surprisingly smooth navigation between islands, through a number of obstacle courses, and even cannon battles with pirates and outposts.

The sailing does prove to be a detriment in some ways, though, primarily because you're doing so much of it over the course of the game; getting from place to place does take quite a while at times.  There are at least attempts to mitigate this by giving you a fast-travel option after a certain point in the story, and the HD version on the Wii U even goes a step further by allowing you to purchase the "Speed Sail", which lets you travel 50% faster than normal and even automatically adjusts the wind to always be at your back.  Still, you'll be doing quite a lot of travelling across open seas if you're going for full completion, especially as most of the items in the game can only be found by following "treasure maps" to specific locations and dropping your grappling hook to fish them up from the depths.  While I personally didn't mind this in either version of the game (and found it quite fun, especially with the sheer variety of locations to visit, enemies to face and secrets to discover), those more used to land-based exploration may not like it as much.

One thing I do take issue with, though, is the game's overall difficulty.  Simply put, Wind Waker is almost insultingly easy; outside of dungeons, enemies almost never do more than a quarter of a heart of damage per hit, and until late in the game, it's rare that they'll even do more than a single heart there.  Hearts, potions and fairies are plentiful throughout, meaning that you're almost never in danger of running out of health.  The Wii U version attempts to address this with "Hero Mode", which gets rid of heart drops and doubles the damage you take, but I still didn't end up dying once throughout my entire playthrough.  Of course, this is based on the words of someone who has been playing Zelda since the early 1990s, so your mileage may vary a bit, but this is definitely one of the easiest Zelda experiences I've had.

Despite a few shortcomings, though, Wind Waker was a huge leap forward for the series not just in terms of aesthetics, but design.  With its near-seamless game world, huge environments, creative levels and boss battles and a downright awe-inspiring storybook aesthetic throughout, Wind Waker is just as fun to watch as it is to play.  It's no easy task to take a beloved 2D franchise and make it work in the third dimension, and while I was still ambivalent about the franchise's future after playing OOT and Majora's Mask, the sheer amount of refinement Wind Waker had over those games made me a believer that a 3D Zelda could feel just as fluid and polished as its 2D entries. 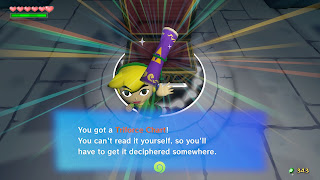 Developer: Nintendo EAD
Publisher: Nintendo
Platform: Gamecube, Wii U
Released: 2002, 2013
Recommended Version:  The Wii U version features a number of improvements over the original release, allowing the player to utilize the gamepad to quickly manage their inventory and view the world map in real-time as they navigate the sea.  Some animations (such as the grappling hook and crane) are now much faster, some quests streamlined (particularly the unpopular quest where one must track down pieces of the Triforce) and there are a few new features like the aforementioned Speed Sail and the Tingle Bottle (which lets the player take screenshots and post them to Miiverse).  On the whole, a significantly more streamlined and entertaining experience than the original release.