A grandiose sandbox RPG the likes of which can only be effectively portrayed on the PC platform, Kenshi was also noted for its long development history and a small dev team of only four people (with a number of contributing freelancers).  But does all that work show in the final product, or does Lo-Fi games' ambitious pet project just fall flat? 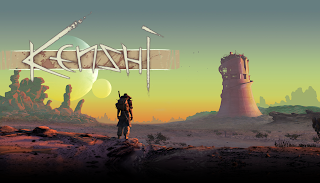 A game in development for over twelve years before its eventual 1.0 release, Kenshi, like Darklands and the Mount and Blade series before it, doesn't make its name by having an overarching storyline for the player to follow; instead, the player is dropped off in an expansive and detailed world, given only the barest basics of equipment, and left to fend for themselves, pursuing whatever goals they see fit.  And what a world they've created, as Kenshi is set on an island some 870 square kilometers in size - enough to rival the Elder Scrolls games in sheer scope.

But while the game doesn't feel quite that large when you're actually playing (once you've built up your characters' athletic skills, you can easily top 20 miles an hour on-foot), it nevertheless proves to have a dense and surprisingly interesting setting.  In addition to a variety of monsters (both herbivorous and carnivorous), several prominent humanoid races exist; alongside humans, there are the odd mechanical "Skeletons" which tend more toward scientific skills but are weaker in combat, the hardy Shek (who tend toward combat skills and tend to look down on "weaker" humans) and the "Hive", an odd race with an insect-like hierarchy and a collective intelligence that individual drones occasionally go rogue from (allowing them to become playable characters).  As you wander you'll encounter a number of factions, with the three most prominent being the Holy Nation, the United Cities and the Shek Kingdom, all three of which are vying for control of the island and which the player is free to ally with or oppose at their leisure.  Others are more neutral, like the Shinobi Thieves (a thieves' guild of sorts) and the Machinists, a group dedicated to finding the world's history and rediscovering lost technology.  Others like the Dust Bandits and the Starving Bandits are inherently hostile and will often attack the player unprovoked; though weak and poorly-armed, their sheer numbers make them a threat regardless.  Slavers are a persistent problem as well; in fact, the player and his teammates can be beaten in combat and enslaved, and even if they escape, they will still be marked as an escapee for a substantial amount of time and have to live on the lam until the heat dies down.

Unlike other games of this format, though, Kenshi is neither turn-based nor does it force you to stay in strict command of a single character.  While you do create a character at the outset and can customize them as you like, the game actually plays most closely to a real time strategy title.  The player is encouraged to recruit new characters, outfit them and assign them jobs (through lists of automated commands, not dissimilar to the Gambit system from Final Fantasy XII), even allowing them to automate tasks like cooking, mining iron and copper and researching new tech.  One can also construct bases at most any point in the world (as long as they're sufficient distance from an existing town) and supply them with amenities like farms, defensive walls, guard towers, weapon and armor forges and electrical generators in order to provide income and shelter from the hostile elements of the world.  Built outposts will frequently be visited by traders and hostile factions alike, and if you're in Holy Nation territory, by prayer groups (whom you should probably try to stay on good terms with at first, lest you get marked as a heretic).  Befitting this, one also has little control over their individual characters in combat, only able to give them broad orders and hope the dice rolls fall in their favor.  Adding to this is the fact that nearly every character's stats start out very low, with the only way to raise them being to do things pertaining to that skill or stat; carrying around heavy loads will increase strength, firing ranged weapons or using light melee weapons bolsters dexterity, and running around a lot with minimal encumbrance will boost your top speed, to name a few.  Training dummies can increase one's combat prowess to a degree, but it's no substitute for being in an actual fight and exposing oneself to real danger.

Injuries play a prominent role in Kenshi's gameplay as well.  Being beaten up in combat will lower your stats and hamper your ability to do things like carry heavy objects or defend yourself from later attacks until you heal.  Losing limbs is a very real danger - if a limb is too heavily injured, you can lose it for good and put that character at a severe disadvantage.  Prosthesis of varying quality can be purchased and fitted to compensate for this, though they carry the disadvantage of requiring specialized repair kits to fix.  Still, it's better to have them than to be short a limb (or several) and severely penalized in almost everything the game throws at you.

In the end, Kenshi is a sandbox RPG with a lot to offer - an interesting setting full of beautiful landscapes and bizarre sights, some deep gameplay with a surprisingly intuitive interface, and plenty of content to experience regardless of what playstyle you choose.  Even its difficulty selection is a unique one, letting the player begin as a lowly adventurer, a crusader of the Holy Empire, an escaped slave, or just a vagrant lost in the desert, missing a limb and without a penny to their name.  Mods also allow the player to tweak the game to their tastes, adding new crafting recipes, playable races, equipment to find and general gameplay changes.  Some pathfinding and model glitching is still present in the latest release as of this review (December 26th 2018), but it certainly doesn't hamper the deep and engrossing experience Kenshi sets out to create.  No matter what path you take in this odd world, you'll have plenty of fun stories to share; it's just that unlike many other open-world RPGs of this type, you get to be the driving force behind the narrative, not the developers. 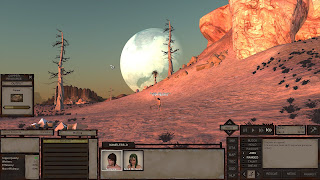 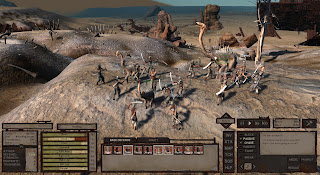