A spinoff rejected by fans of the PC series and ignored by console gamers who had no previous exposure to the franchise, Brotherhood of Steel is a Fallout game without a home.  But was there at least some merit to be found for the few that did play it, or is this one franchise offshoot that is heavily maligned for good reason? 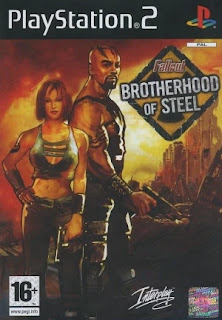 Fallout is among the most highly-acclaimed of all CRPG franchises, with some even going so far as to credit it for reviving the genre with its emphasis on quests, world-building and gameplay that actually felt like a tabletop RPG and not just devolving into a mindless kill-fest as most RPGs before then were wont to do.  It found a new level of fame and attention in 2008 with Fallout 3, a revival of the franchise now under the helm of Bethesda Softworks; while the gameplay was now reworked to be more action-driven, Bethesda's talent for building huge open worlds and intriguing settings paid off, making it a game that found appeal among old Fallout fans and bringing many new ones on board too.

Among both old and new Fallout players, however, there is one game that is almost never spoken of - Fallout: Brotherhood of Steel.  The only console-exclusive game in the franchise, which was famously released in a period where Interplay was in a financial crisis and putting out quickly-made cashin titles - in other words, the complete antithesis of Fallout, a game noted for the care and attention put into every facet of its design.  That was certainly evident in the game's reception, too - shunned by fans and given mediocre scores overall by reviewers, it sold an abismally low 120,000 copies across both platforms, making it the worst-selling game in the series and the lowest-rated Fallout game until 2018's Fallout 76.  Even Bethesda Softworks barely acknowledges its existence, only commenting to confirm that it is considered a non-canon entry due to many elements of its lore contradicting those of the series proper.  But is it really as bad as its reputation would have you believe?  I was intent to cut through the hyperbole and find out, so I went and picked up a used copy.

The first thing to note is that Brotherhood of Steel plays very unlike any other Fallout game.  Rather than being turn-based or even turning it into an open world action-RPG as the later games do, Brotherhood of Steel can more aptly be described as a "Diablo-like".  Playing in the Snowblind Engine (the same one used for the Baldur's Gate: Dark Alliance spinoff franchise), Brotherhood of Steel utilizes a top-down perspective and a rather simple real-time combat engine, with nearly all of the gameplay consisting of shooting approaching enemies or taking them out in close quarters with a melee weapon.  The player can also lock on to single enemies and from there can perform a quick dodge while locked on with the Triangle button, though as this also greatly slows their movement speed, its usefulness is dubious in melee combat.  And of course, numerous crates, boxes and barrels exist solely to be smashed open in order to find more ammunition, money and the occasional piece of equipment inside.

Second, RPG elements in the game are rather minimal on the whole.  There is an experience system in the game, and by defeating enemies and completing quests, the player earns "Perks" that give them small bonuses for future combats - from getting more health back from stimpaks to bonus HP to a slight boost in melee combat damage or critical hit chance.  Still, these really don't add a lot of variety to the game, as it is almost entirely focused around combat and chances to "role play" are relegated to doing sub-quests for a bit of extra resources.  Equipment upgrades are equally utilitarian, with armor and weapon upgrades becoming available in a strictly linear fashion with no opportunities to "sequence break" and even relatively few hidden secrets that may give the player an early advantage.  Probably because the game's short length (three overarching chapters, which are divided into a handful of sub-areas) and lack of free-roaming exploration simply don't allow much wiggle room.

There was at least an attempt made to give the experience some variety with its playable characters.  There are six in total - three to start and three more unlocked over the course of the game.  Cyrus is a stronger but slower character who can wield heavy weapons, Nadia is weaker but speedier and can dual-wield small arms, and Cain the Ghoul is the oddball of the group, being relatively average overall but having resistance to radiation - in fact, once he has a certain perk, coming in contact with radioactive hazards will actually heal him (a mechanic which conspicuously resurfaces in Bethesda's Fallout games).  Each also has a unique perk or two, though there isn't a huge amount of difference between them from a gameplay perspective.  The unlockable characters don't add much to this either, with two just being stronger variants on Cyrus and Nadia and the final being a nod to Fallout 1's protagonist (though as he is exceptionally powerful, he is only available on a second playthrough or later).

Some other trademarks of the series are conspicuously absent.  Ron Perlman's iconic narration is gone (replaced by Tony Jay) and the 1950's comic atmosphere is largely lost, with tunes of the era now replaced by ill-fitting hard rock and metal songs (including tracks by Skinlab and Slipknot) and the aesthetic overall bearing very little resemblance to the franchise proper, with the only tenuous tie being occasional load screen art or a snippet of an FMV ripped straight from the earlier Fallouts.  The closest it comes is the design of Jane, the game's first major villain, who is a lewder (and much crasser) caricature of Bettie Page, but even that feels like it was done just for cheap T&A rather than trying to match the setting.

"Crass" could also aptly describe the game as a whole, as it seems more intent on showing sleaze than building anything resembling a story or atmosphere.  Between near-constant appearances of women in skimpy clothes, a rather juvenile sense of humor, plentiful cursing and combat seemingly built around splattering foes as messily as possible than anything resembling mental engagement, it feels like a game meant to get cheap reaction and sales from kids whose ages have barely hit the double digits.  Given Interplay's finances at the time of its release, it probably was, too.

But for all of its faults, Brotherhood of Steel isn't a terrible game when judged on its own merits; it is at least a competently made top-down hack-and-slash with a few RPG elements beneath the surface, and it can provide a few hours of mindless entertainment, especially with two players working in tandem to clear it.  But the fact that it carries the name of a franchise that built its name on intricate lore, an immersive roleplaying experience and deceptively deep gameplay where one's choices actually had a tangible impact makes it a very disappointing end to Interplay's involvement with the franchise.  There is little wonder why Brotherhood of Steel failed to find an audience, as fans of the Fallout series and gamers who were fans of Diablo-style action-RPGs both had  better options available that didn't make them feel like they were being pandered to by cynical marketeers who were on the verge of losing their jobs. 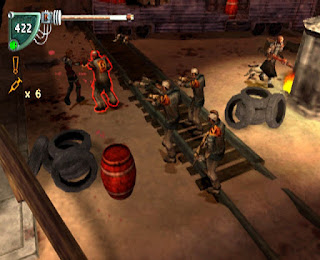 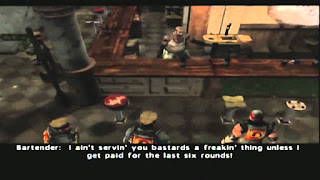