Sega's Yakuza series, having finally gained a foothold on western shores after a relatively slow start, had already spawned a few spinoffs in Japan.  One was a take on a classic anime and manga franchise, Hokuto no Ken, adapting that franchise's story to Yakuza's engine and design format.  But does Lost Paradise prove to be a head-smashing hit for fans of the series, or is this just an ill-advised crossover that unceremoniously falls dead? 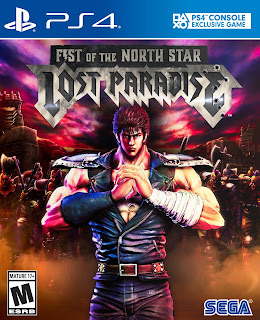 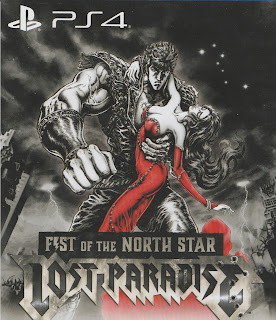 You can probably guess from my screen name that I'm a big fan of Fist of the North Star, and fitting that, I've tried just about every video game related to it that I can get my hands on; sadly, most of them range from mediocre to terrible, and a few others that caught my eye (such as the Famicom RPGs) have never seen a fan translation, so Fist of the North Star has largely been left high and dry for me in the realm of gaming.  The best I've played by far is the fighting game by Arc System Works, but as it only got a home release on the Playstation 2 in Japan, it's one I had to import at considerable cost.

So naturally, when Sega announced that Hokuto ga Gotoku would be localized and brought to North America, I was excited; a game based on one of my favorite franchises in an engine that lends itself to the kind of over-the-top, extremely violent action that the series became famous for.

Sure enough, the game opens on a very strong note, pitting the player against a group of mooks, letting the player defeat them with QTE finishers (complete with gory animations), and then capping off with a duel with Shin - the first major antagonist in the show - in similar fashion, all staying relatively true to the storyline as it goes.  Basically, it was a dream come true for me as a fan.

It also led me to believe that this would be a relatively linear action game, but that quickly proved false when Ken's next stop was the city of "Eden" - a location not present in the canon Fist of the North Star series.  As it turns out, this is where a majority of the game takes place, with the player quickly introduced to a rapid succession of minigames and sidequests carried over from the Yakuza series proper.  Some are almost entirely optional, such as the casino, bartending and hostess club minigames, while others play a significant role in the game overall - completing races will allow you to upgrade your dune buggy to more efficiently explore the desert, while buying and upgrading talismans will make your character more powerful in combat in a variety of ways, for example.

As in the Yakuza series, these do make up a huge portion of the game's content, with the license of Fist of the North Star was seemingly pasted on as an afterthought.  Indeed, the only one of these that really feels at home with that franchise is the arena minigame, pitting Ken against progressively tougher groups of foes to earn points, which can then be traded in for various prizes like uncommon healing items or rare pieces of equipment.  A runner-up would be the batting minigame; instead of a baseball bat, Kenshiro swings around a steel girder, and the "balls" are now biker thugs which he sends careening into the horizon with well-placed swings.  Throughout all of them, however, they do at least keep a self-aware tone, such as having Ken stir drinks and break ice blocks in a comically over-the-top fashion reminiscent of his signature killing attacks.

In addition to that, the game places a significant emphasis on item and equipment crafting.  It's not enough to just buy parts for your car with winnings from races, you see - you must then venture out into the wasteland, driving over item points and finding treasures from "maps" (randomly dropped in enemy encounters) to find components, then return to town to craft said item; only then can you equip it on your car and gain its benefits.  Similarly, most equipment upgrades in the game only become available by completing sidequests, and a big portion of your new moves, skill upgrades and equipment can only be unlocked by completing various side-quests or just fighting lots of random foes to level up (arena battles grant no experience).  Basically, the game overall is a timesink by design and heavily reliant on successful completion of minigames, which doesn't fully jive with the feel of Fist of the North Star.

The game's combat works relatively well, but it does tend to get tedious, particularly as you're going to be doing quite a lot of it over the course of the adventure.  Sure, it's fun to watch enemies' heads explode after a crazy finisher animation, but as those are relatively few in number and enemies so frequent, you'll be seeing those same few animations quite a lot before you're done.  Some of the shortcomings of the engine begin to show through as well - enemies can easily gang up on you and make it difficult for you to react at times, particularly as the slightest touch from them will put you into a stunned state immediately and often leave you open to a combination attack  from numerous foes; however, most enemies, particularly the larger ones, don't get stunned at all from attacks, which can make it difficult to deal with larger groups.  Your dodge isn't much help either, as you don't seem to have any invincibility frames while doing it and the amount of ground it covers is pitifully small, meaning you have to be exact with your timing and inputs for it to be effective.  More often than not, I found it a better strategy to just take reduced damage by blocking, break lockon and run away rather than attempt to dodge, and slowly pick off weak opponents one at a time with sweep kicks as they chased me rather than try to launch into combos, then go for the biggest foes once they were relatively isolated.

The difficulty can be uneven at times as well, with the boss fights in particular feeling like a huge leap up over mundane foes; a level 25 mook is little threat, but a level 25 boss... well, that's another story.  Simply put, they take staggeringly huge amounts of damage to bring down, almost never get stunned by big attacks, and have a nasty habit of shaking out of your combinations seemingly at will to launch one of their own, which you can't easily counter as you're generally committed to an attack animation once you begin it.  Then they go into rage mode, giving themselves a massive damage boost on top of everything else, and you have a nearly unkillable, almost unstunnable behemoth chasing you down and chopping half your health bar off in a single series of hits.  In many cases, I ended up having to retreat back to town to complete more sidequests in order to power up, and even then, I had to bring quite a few healing items along for good measure before I could outlast them.

But even with its unconventional take on the Fist of the North Star series, Lost Paradise proves to be an entertaining, well-made game with quite a lot to see and do in it.  The violent nature and strong storytelling of Fist of the North Star is integrated surprisingly well into the Yakuza formula, and while it certainly has some faults with its pacing and uneven difficulty, it's a treat for those who can appreciate the many nods to the series' canon and the self-aware humor.  If nothing else, I can say that it's easily the best Fist of the North Star game to get a localized console release. 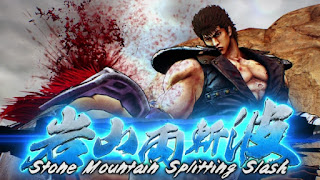 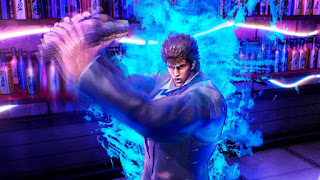