The Legend of Zelda

One of the defining games of the Nintendo Entertainment System, the Legend of Zelda brought adventure and role-playing games into a new era by emphasizing more action-oriented design while sacrificing surprisingly little in the way of puzzle-solving or challenge.  But does the genesis of the legendary Zelda franchise stand the test of time and remain fun today, or is this just a footnote in history, surpassed by its many sequels? 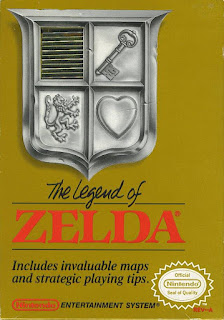 The Legend of Zelda is another game where any attempt a review seems almost redundant.  If you were around in the 1980s and had an NES, this was a must-own game.  If not, you've almost certainly played at least one of its sequels and, if nothing else, been astonished at the sheer depth of its gameplay and the imagination present in its world.  You wouldn't be alone, either, as Nintendo has made the franchise a cornerstone of its business, making sure every game to the name is of the utmost quality.  This is evident even in something as mundane as the game's packaging, which included a full-color manual with enemy descriptions, numerous tips for the puzzles, and even maps for several of the dungeons, as well as a shiny gold box and cartridge that made it stand out from the other games on your shelf (though as time has worn on and many copies have been shuffled around in used game shops, few of these sadly remain in good condition).

But more than anything else, the gameplay is always what has helped Zelda to shine.  While many RPGs of the era (and in the following years) would be plagued by opaque interfaces and unclear objectives, Zelda was a game that even younger games could be enthralled by.  Its uncomplicated interface made it easy to pick up and play, yet it had enough depth in its puzzles and secrets in its design to keep even die-hard gamers interested.  In addition to the included hintbook, in-game characters would provide various clues, and though it could be tedious at times, the payoff of bombing every wall, activating every Armos statue and burning every bush in sight was usually met with something worthwhile - whether more money, another clue, or just a useful item that would make the rest of the trip easier.

The variety in the gameplay also helped to set it apart from many other RPGs of the time.  Not just in the dungeons and the puzzles therein, but even just mundane enemy encounters would frequently change things up.  Octoroks served as the fairly basic move-and-shoot type of enemy, but going up only a few screens would pit link against Leevers, who would suddenly erupt from beneath the ground to attack and vanish just as quickly.  Zoras would take pot-shots at him from the water (which you had little recourse but to avoid for a good portion of the game), Peahats would fly about randomly and only be vulnerable when they landed, and so forth.  Even the dungeon-ending boss monsters proved surprisingly intimidating; from a dragon that taunted you with a deep roaring sound and a barrage of fireballs to a giant spider who could only be killed with a well-timed arrow to an eye.  Some were more devious as well, such as the shield-eating Like-Likes or the Bubbles that would stop Link from attacking with his sword for a few seconds, leaving him vulnerable to any other foes that happened to be nearby.

Dungeons were certainly no slouches, either.  While some rooms were relatively simple affairs of defeating enemies in order to open a path, other complications soon arose.  Sometimes, you'd have to push blocks to open a hidden passage, blow up walls to reach new rooms, or meet an enemy you couldn't defeat with your current equipment, forcing you to backtrack and find a hidden passage containing an item that would help you.  Later dungeons only got more devious, with one-way exits that would put you on a path back to the start of the dungeon, or large rooms full of difficult enemies like Darknuts and Wizzrobes that proved very tough to conserve health in.  However, there was still somewhat of a limitation in where particular secrets could reside (for example, one particular block in a particular room layout will always be the one that reveals a hidden passage if it exists), so once you're aware of those it helps pare down the possibilities.

As if all of that wasn't enough, completing the game once will set the player forth on a second quest, which keeps the core gameplay the same but provides a whole new set of dungeons to explore and shuffles around the locations of most of the items, secrets and dungeon entrances.  Each of the new dungeons proves much more difficult than its first-quest counterpart, with the first dungeon alone having a much fiercer set of enemies and multiple boss encounters rather than just one at the end, and they only get tougher from there.  Some new, fiercer enemies are introduced in this quest as well, with the most notorious probably being the red and blue bubbles - red bubbles disable Link's sword attack permanently until he finds and touches a blue bubble, and deviously, this often requires a substantial amount of backtracking to reach, making them very annoying hazards.

Of course, it certainly didn't hurt that the game was a sight to behold for its time period as well.  Its game world was downright huge and virtually every screen bore an interesting new sight - caves to explore, new enemies to battle, walls to bomb, falling rocks to avoid, or just a nice bit of visual detail like a waterfall or a forest maze to serve as a gateway to a new area.  But of course, no mention of Zelda can be made without bringing up its music - the overworld theme is easily one of the most iconic and beloved songs in the entire history of gaming, continuing to show up in the franchise proper to this day and inspiring countless fan performances, reimaginings and remixes.  Even the game's intro is spectacular for 1987, with a beautiful yet slightly ominous tune accompanying a scrolling list of items, enemies and a basic plot synopsis, punctuated with a sprite of Link imploring you to look in the manual for more details on everything it shows you.  Even today, I still get chills each time I see it.

So yes, the original Legend of Zelda, like virtually every game in the franchise to follow it, was and still is a masterpiece.  It expertly blends the twitch-action of an arcade/console game with the depth and atmosphere of any good RPG, and while it can occasionally prove to be frustrating, its an adventure that leaves you satisfied at every turn and only wanting more when it's done.  Saying that Zelda is great is all but a cliche, but I will always say, without hesitation, that it's one of the few games worthy of every bit of praise it gets. 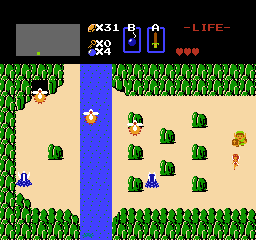 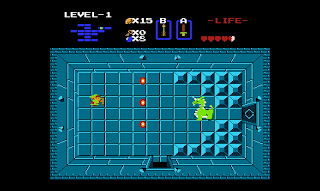 Developer: Nintendo R&D4
Publisher: Nintendo
Platform: Famicom Disk System, NES, Famicom, Game Boy Advance, Gamecube, Wii Virtual Console, Wii U Virtual Console, 3DS Virtual Console
Released: 1986, 1987, 2003, 2004, 2006, 2012,  2013
Recommended version: All versions are ports of the original NES game, though some (like the Gamecube and Wii VC versions) feature subtle text differences to improve the in-game translation.  The game is also featured on the NES Classic, and as a last-ditch method, there is a free fan-made remake on the PC called "Zelda Classic" that also supports custom-made quests and content from later variations on the game such as the BS Zelda titles.