The first game from tiny independent studio Humble Hearts, which was single-handedly designed, programmed and animated by a single developer over the course of three and a half years.  But did Dean Dodrill's efforts pay off, or is this one example of a game that falls short despite its creators' passion? 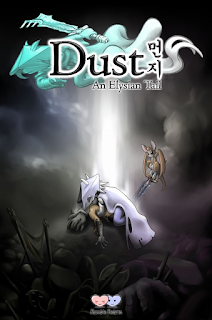 A side project of animator Dean Dodrill's as he worked on an animated movie (which to date has not yet seen a release), Dust: An Elysian Tail was a game originally planned to be developed and released in under three months.  However, it ultimately took over three years to see the light of day as its scope expanded and he encountered various difficulties in designing it, ultimately bringing on others to help compose the soundtrack and write the game's script.  It was also originally slated for release on the XBox 360's Indie Games market; however, after winning Microsoft's Dream.Build.Play contest, it got a fully-featured release on Xbox Live Arcade in the summer of 2012.

I hadn't heard about any of this until after its launch, of course, but I nevertheless found myself extremely impressed by Dust.   This came in no small part due to its presentation - the game's visuals are absolutely stunning, with brightly-colored, detailed backgrounds and fluid animation throughout, particularly on the protagonist in his various combat animations.  Some creative effects, like a blur effect applied to the motion lines on the sword-spin attack (distorting the background elements behind it) and crackling lightning that jumps from target to target, make the game an absolute joy to watch in action, as do the dialog scenes with fully-animated character sprites.

The gameplay beneath isn't quite as well-polished as the visuals, however.  The core concept is a tried-and-true Metroidvania style of game, with the main focus on exploring the environment and finding hidden secrets.  As the game progresses, the player will gain access to new areas by acquiring keys and new abilities including the ability to slide through narrow passages, climb up vines or utilize a double-jump to reach heights they couldn't before; all of these allow the player to reach new areas and discover treasures they couldn't on their first visit to an area.  These include not just new weapons, armor and caches of gold in chests, but also a variety of cameos from other indie games including Fez, Super Meat Boy and Spelunky, with each one found granting a 5% bonus to the player's maximum health.  Many of these appear in miniature stages reminiscent of their native games, which is a clever touch, and there are a number of callouts to the games Dust draws inspiration from (such as having to crouch at a corner with a red crystal selected to reach a hidden area, a la Castlevania II).  A few other elements like a number of sidequests to complete and a number of time trials with online leaderboards, as well as four difficulty settings, lend the game some replay value.

Dust also utilizes a crafting system of sorts, with the player able to find blueprints listing the ingredients they'll need, and enemies dropping all manner of items that can be used to craft new equipment or consumables.  Thankfully, efforts are made to reduce the amount of grinding this generally entails - once a type of item is sold to the game's shops, it will restock there on a consistent basis, allowing the player to simply advance in the story or hunt for secrets for a time instead of having to burn several minutes traveling to and from a particular screen where a specific enemy spawns in order to find more of that item.

That all works fine, but the combat in the game is a bit on the shallow side.  The game has a few small nods to games like Devil May Cry by allowing the player to perform a variety of attacks - launching enemies into the air, grab them in the air and slam them back to the ground, or just do a quick leap mid-combo to draw further enemies into their attack range - but there isn't a great deal of incentive to do just that.  In fact, the game actually rewards button-mashing to a degree thanks to its parry mechanic, which allows the player to stop an enemy's attack and stun them by intercepting attacks with one of their own, leaving them vulnerable to a quick finish.  Once the lighting spell is unlocked, it becomes a trivial matter to clear enemies from the screen by simply pairing that with the spin attack, creating arcing lightning beams that strike all enemies at once and quickly destroy  them.  This also ties into the game's combo system, which grants a larger experience bonus the more hits a player manages to chain into a combo without getting hit.  It's rather easy to exploit, particularly once you get the lightning spell; in fact, I maxed out my level after about an hour of destroying wasps and zombies once I got to the wasteland area, making the rest of the game much easier.

In spite of that, though, it was the game's narrative that kept me glued until the end.  Dust, despite its cute and colorful exterior, is a rather dark tale, with some surprisingly emotional moments, complex characters and a well-crafted, interesting environment to explore.  It even managed to put a clever twist on the archetypal "amnesiac hero" that I honestly didn't see coming at all, which is something not many games can claim.  This is all in no small part thanks to strong writing (aided by Alex Kain, who has become a fiarly prominent writer in recent years) and surprisingly good voiceover, with Lucien Dodge, Edward Bosco and Kimlinh Tran as the protagonists really bringing the story to life around them.

Of course, no mention of Dust can be complete without bringing up its soundtrack.  In short, it's utterly phenomenal; elaborate orchestral suites perfectly suit each environment and give the more intense battles of the game considerable dramatic weight.  There is certainly no shortage of variety to the game's sound, either - the game contains nearly two hours of music in total, ensuring that no two locations have a similar feel to them.  Hyperduck Soundworks really oudid themselves here; in fact, I'd dare say this is the finest soundtrack I've ever heard in an independent game.

While it has some shortcomings, I found Dust: An Elysian Tail to be a very satisfying experience on the whole.  Its combat is serviceable and satisfying if not outstanding, it's well-paced and designed enough to not feel repetitive or tedious even when having to backtrack to reach various secrets and new areas, and its dark mood, gorgeous animation and epic feel made it a very compelling adventure from beginning to end.  It is one of the finest independent titles I'd played in a very long time in 2012, and remains a strong one to this day.  Very much worth a look for any fans of Metroidvania-styled action RPGs. 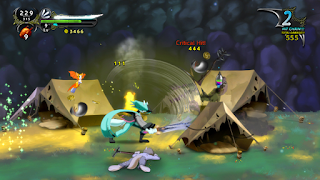 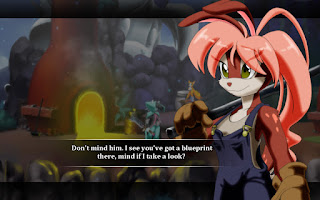 Developer: Humble Hearts
Publisher: Microsoft Studios
Platform: Xbox Studios, Windows, Linux, OSX, Playstation 4, iOS
Released: 2012-2015
Recommended version: I have only personally played the Xbox 360, PC and PS4 versions.  All seem to be more or less identical, though I encountered some crashing bugs on the Playstation 4 version.