The followup to Square's surprise hit on the MSX2 and Famicom, Final Fantasy II attempted to have more of a running narrative but also made some very unpopular changes to its core gameplay.  But does it nevertheless prove to be an adventure worth undertaking, or is this one Final Fantasy you can safely skip? 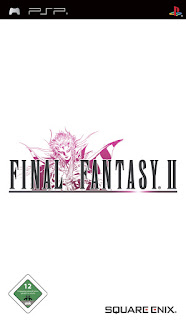 The original Final Fantasy is regarded as a classic by many; it effectively took the basic premise and gameplay of Wizardry on various computer formats and put it into a modernized package for a new generation of gamers.  It also took advantage of modern hardware to provide crisp visuals, some surprisingly good music and a sprawling, detailed game world to explore, and its gameplay provided enough content and accessibility to feel challenging without being overbearing.  In short, it struck a solid balance between old-school design and modern sensibilities, and as a result is regarded as one of the most important Japanese RPGs ever created, both in its native Japan and abroad.

With as big of a success as it was, sequels were inevitable.  And while many later games in the Final Fantasy series are regarded as classics in their own right, it was only natural that the franchise would have some missteps as well.  Exactly which games fall into which category is a matter of debate, but it's almost universally agreed that the second game in the mainline series is one of its weakest.

Not for a lack of trying, mind you.  Final Fantasy II definitely shows much improvement over its predecessor from a narrative standpoint, drawing the player into a darker, more personal tale and having a running narrative with plenty of twists throughout.  NPCs throughout the game are now defined with their own motivations and personalities (inasmuch as 1988 technology would allow, at least) , and even the playable cast themselves have unique dialog and portraits, letting the player get more invested in them as characters.  Numerous temporary allies join throughout the story, coming and going as events dictate, and there is even a pretty clever twist concerning a character who appears at the game's start but is absent for much of the main quest.  In short, the writing makes this feel less like a video game playground and more like a world the player can get immersed in, taking the journey along with the story's protagonists.

An underdeveloped element soon shows itself in the form of the "keyword" system, which allows the character to learn certain phrases from NPCs. These words can then be spoken to other NPCs in order to uncover clues or advance past certain story obstacles.  An interesting idea in theory (and probably more than a bit inspired by dialog-driven PC RPGs like Ultima IV), but in practice it doesn't really add a whole lot to the game that simple scripted dialog wouldn't.  I can't help but wonder if the developers initially had more in mind for this system, but had to cut most of it for time constraints or something.

But with that aside, we now come to the game's biggest and most disliked change: its leveling system.  Doing away with the straightforward experience point system of the original Final Fantasy, II instead goes for a more free-form approach.  Each of your character's stats powers up individually - casting spells grants more MP and Intelligence, attacking boosts your Strength and weapon proficiency, while taking damage will boost your maximum HP (assuming you don't die outright, of course).  This sounds fun (and a bit more realistic than the traditional "levels") in theory, but the game's uneven difficulty quickly becomes problematic - enemies from one area to the next take huge steps up in power, meaning that you'll quickly go from steamrolling through enemies to having your party wiped out by the first monsters you run across.  This can even occur within dungeons - you can be strong enough to snowplow through random monsters, but then get to the boss and be unable to damage him at all with any of your attacks because you aren't strong enough.

As a result of this, the best strategy for powering up your characters is not to fight enemies, but rather to have your party fight amongst themselves.  Even the developers seemed to be aware of this fact, as the player now has the ability to cast offensive spells on their own party and even use physical attacks against one another (with characters even being allowed to attack themselves).  Normal enemies and even boss battles in the game are almost a non-factor in your party's growth - the vast majority of the gaming experience is instead spent having your characters attack one another and frivolously burn through their MP in order to build up their stats enough to survive the next challenge, which is just a bit silly and more than a little tedious (particularly as any new temporary characters that join often have to be leveled up from near-scratch).

Another, more irritating aspect of this system is that raising some stats will actually lower others.  Boosting Strength, for example, may lower your Intelligence, making your spells less effective.  Wielding heavy weapons and armor will lower your speed, ensuring that enemies will get turns before you, and casting spells will weaken your proficiency with physical weapons.  HP and MP thankfully do not decay, nor do gained spell levels, but the other stats do, all but forcing each of your characters into a rigid Fighter or Mage archetype with virtually no opportunity for a middle ground.

Even with this, though, some annoying game design aspects remain.  If you don't have a solid grasp of the layout of the game map, you can easily get sidetracked when trying to find the next town you're supposed to visit and end up in an area with enemies several degrees of magnitude above your power level, resulting in an immediate game over.  Dungeons are seemingly designed to be as annoying as possible; in addition to the aforementioned problem of traversing them only to get shut down by an overpowered boss (and having to repeat upwards of an hour of work), the encounter rate is irritatingly high, enemies' difficulty is very uneven (they either mop the floor with you or you to them, with very little middle ground).  The game also goes out of its way to provide cheap and irritating traps for the player in the form of "dead end" rooms with extremely high encounter rates and dangerous enemies; these occur numerous times in every dungeon and are generally irritating as you have no way of knowing which doors take you deeper in and which ones are just there to screw you over until you try them all out.  Another rather irritating "beginner's trap" is present as well, with the first major objective leading the player to a town full of enemy soldiers in search of an NPC.  Talking to literally anyone in this town other than the person you're searching for puts you into a battle against massively powerful enemies, ensuring an immediate game over.  While this does make sense from a storyline standpoint, it's still just a bit uncouth that a town - almost always a safe haven in a Japanese RPG - would pull such a cruel trick on the player.

The original Final Fantasy remains an important milestone for console RPGs, but Final Fantasy II is not held in nearly the same esteem.  While it does its best to present a compelling narrative (for 1988) and maintains the high standards for graphics and music that became series trademarks, its gameplay sadly does not match up.  Between the sheer amount of grinding required and the fact that the game seems to actively punish exploration in a genre built on exactly that, it simply isn't much fun to play at all.  I'll give it credit for trying something new, but it's hard to deny that the second Final Fantasy is regarded as one of the franchise's black sheep for very good reason.  There's a good reason it's rarely seen as a standalone release, almost always being packed in with its much better-regarded predecessor. 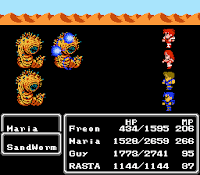 Developer: Square
Publisher: Square, Square Enix
Platform: Famicom, Wonderswan Color, Playstation, Game Boy Advance, Playstation Portable, iOS, Android
Released: 1988, 2001, 2003, 2004, 2007, 2010, 2012
Recommended version: Starting with the Origins compilation on the Playstation, many later versions of Final Fantasy II make substantial improvements to the leveling system by having the party level up faster and stats no longer decay.  This substantially cuts down on the time required to power up the party, allows for more balanced characters and ultimately makes the experience much smoother.