Released three years after its predecessor, Shadow Hearts: Covenant attempts to improve upon its predecessors' example in almost every way.  But does it succeed in joining the ranks of other great RPGs on the Playstation 2, or did its efforts just fall flat? 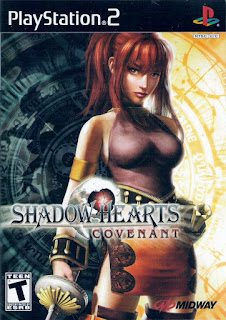 Shadow Hearts was a modest hit in the Playstation 2's earliest days, so a sequel was inevitable.  But as the visual capabilities of gaming hardware had been drastically upped since the days of the original Playstation, so too did audiences' expectations.  Flat 2D backgrounds with 3D models on top wouldn't cut it anymore, nor would sub-par voiceover or even really standard turn-based RPG gameplay.

As a result of this, Covenant spent three years in development, with its developers at Nautilus (formerly known as Sacnoth) making every effort to push their franchise up to modern standards.  Professional actors (and direction) became a staple of its story scenes, environments and enemies were now rendered in high-quality 3D, and the music was provided by (among others) Yasunori Mitsuda, who was fresh off his successes from Xenogears, Chrono Cross and Xenosaga and had become quite a high-profile composer in the gaming world as a result.

The gameplay saw much refinement as well; while still heavily based around the original's Judgement Ring, numerous new tweaks and elements were added into the mix.  Each of the eight main playable characters now had a very distinct moveset and their own game-spanning sidequest in order to earn new techs and power up.  These range from defeating sub-bosses to taking photos of certain enemies in order to copy their moves to sillier ones like finding "Stud Cards" (trading cards featuring burly men in suggestive attire) and finding aromatherapy oils that grant various benefits in combat when mixed, such as health regeneration or statistic boosts.

Shadow Hearts also features a free-form magic system, somewhat similar in style to Final Fantasy VII's Materia mechanic.  All characters (sans Yuri and Kurando) can now equip Crests, which each have a set list of spells that the character can cast when they are equipped.  Spells are generally much more useful here as well, with a more Final Fantasy-like complement of buffers, debuffs, elemental spells and special abilities.  However, efforts have also been made to balance the crest system to a degree - most of the best abilities on a Crest are not unlocked until they have been used for a time, and each character has a set number of points (determined by their level) they can allocate to equip them, with more powerful crests tending to cost more points.  This generally limits characters to either a wide variety of weaker spells, or a more limited variety of powerful ones, with strategy coming from finding whichever ones will work best for a given boss or dungeon.

The Judgement Ring itself could be even further customized than in the first Shadow Hearts, with options like a Practice Ring (with larger hit zones, but no Strike zones for bonus effect), a Technical Ring (with one miss completely negating that action, but having increased effect when pulled off successfully) and a Gamble Ring (which has only a single small hit area, but successfully hitting it will pull off an entire combo).  Or, for those who find the Judgement Ring mechanic too annoying, there is also an option for automatic control, which will generally give less-than-optimal results but removes much of the timing-based element of the game; it's not what I'd personally recommend, but it is an option for those who simply can't get used to the timing element of the game.

Combat as a whole has seen much improvement as well.  While still turn-based, it has a slightly more dynamic feel owing to some new mechanics, such as characters with higher speed getting more frequent turns and the ability to stun and knock down enemies in order to delay their turns.  One can even create combinations of attacks for extra damage; for example, one character can knock an enemy upward, with a second continuing the attack with a midair combination or even a special move; the more hits chained together in this way, the more bonus damage will be inflicted.  However, some attacks will not chain effectively with others, so experimentation is required to figure out which attack combinations are the most effective.  This is easily the game's funnest element, and it certainly makes me wonder if Game Arts took notice of it while they were designing Grandia III.

Finally, and most significantly, major strides were made in the overall design of the game.  Inactive party members still gain experience points, keeping the party at a relatively even level throughout the adventure. There is also virtually nothing "missable" in the game - with only a few exceptions, one can revisit almost any area at any time, the few that cannot be revisited contain no one-of-a-kind items, and there are no there are no dialog options or scenes that one can pass up and be permanently locked out of.  This alone negates much of the frustration associated with PS1 and SNES-era RPGs, where one innocuous mistake can put a character at a permanent disadvantage, forcing the player to either press on without it, reload to a previous save (not the most viable option with memory cards having limited space and high price tags), or simply restart the game.

With all of these new mechanics and refinements, however, something had to give way; after all, Sacnoth/Nautilus was still a relatively small studio, and an ambitious project like this one had to see significant sales in order for them to stay in business.  In Covenant's case, this comes at the expense of its content.  While Koudelka and the first Shadow Hearts game made their mark as horror RPGs with some grotseque bosses and gory scenes, Covenant reinvents the series as one that is much lighter in tone, though retaining a few of its dark themes, which helped push it down to a Teen rating and the larger exposure that would entail.  While ultimately successful in earning the game more sales and the attention of mainstream gamers (who have come to regard it as one of the better RPGs on the platform), it may prove a disappointment to those who were drawn in by the heavy horror elements of its predecessors.

But whether or not you care for the change of tone that Covenant brought to the franchise, it remains a standout RPG for the Playstation 2 platform.  Its gameplay is well thought-out and engaging, the aesthetics have made significant strides, its pacing has seen great improvement over the original game's (and many slow, animation-heavy RPGs of the era as a whole) and it carries on the series' trademark of bizarre settings, clever dialog and odd yet likable characters.  Those who were let down by Final Fantasy X and are looking for a more traditional take on that franchise's format should give this one a chance. 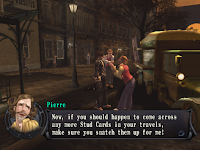 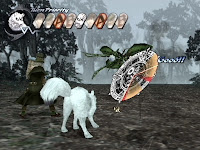