A Japanese-exclusive Phantasy Star title, released exclusively for Sega's Game Gear.  But were western gamers missing out on a hidden gem, or is this one spinoff game that should just be left in obscurity? 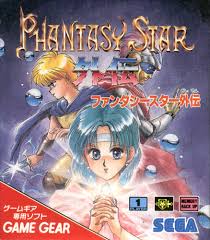 Anyone with a serious interest in JRPGs at least knows about Sega's Phantasy Star franchise.  It proved to be a hit on the Master System and had three Sega Genesis sequels which brought a lot of innovations to the table and had a highly imaginative setting with some dark themes, giving some unique flair to what was at the time a pretty niche genre.

In the four-year gap between Phantasy Stars 3 and 4, however, Japan got a slew of unique additions to the series that most westerners were unaware of until many years later.  There was Phantasy Star Adventure, a point-and-click adventure title with some light RPG elements which told a side-story occurring at roughly the same time as Phantasy Star II.  There were also the Phantasy Star II Text Adventures, a series of eight games in the same vein that gave slightly more back-story to the eight playable characters of Phantasy Star II and expanded that game's setting.  Finally, there was Phantasy Star Gaiden, an off-shoot of the first game (though it's not evident at the start) taking place aboard the space colony of Copto and following the adventures of two new characters - Alec and Mina - as they try to prevent the return of the evil being Cablon.

That's all good, but the game is hampered right out of the gate by some dated design decisions.  First, the game is easily the most grind-heavy of any of the Phantasy Star titles, requiring the player to spend significant amounts of time fighting enemies in order to gather enough gold to upgrade equipment.  While this was relatively standard (and even excusable) in RPGs of the 1980s, it was beginning to be phased out by the time the '90s rolled around, as technology was beginning to allow for lengthier games without having to rely on artificial ways to lengthen the experience.  Even the Final Fantasy Legend (SaGa) games on the Game Boy downplayed grinding in favor of randomized stat and character growth, so to see it in a 1992 game is a bit disappointing.

The game also suffers from uneven difficulty on the whole, with some later dungeons actually having lower-level enemies than the ones that came before them.  This left me frustrated on more than one occasion, as I had to spend a substantial amount of time grinding to survive one area, only to enter the next and be confronted by much weaker enemies than I'd defeated previously, which strikes me as lazy/bad design in general.  Game balance in the game overall leaves something to be desired, particularly in the later dungeons, where the length of the dungeon and the overall difficulty of the enemies is engineered to deplete the player's resources and leave them unable to defeat the boss, no matter how much they level up beforehand.  It got to the point where I just took to filling up my inventory with battle-escaping items and using them every time I got into a fight so that I could conserve my resources for the bosses.

Disappointingly, the game also regresses to the original Phantasy Star game's design in many ways.  The party is limited to three characters (Mina, Alec and a third character who appears as the story dictates) and enemies appear in groups of two at most.  Granted, screen space on the Game Gear is limited, but at a time when Phantasy Star III had five-character parties and the Game Boy had RPGs that allowed for a four-player party and sizable enemy groups of 3-5 enemies, it makes the more powerful platform feel surprisingly limited in comparison.

In the end, Phantasy Star Gaiden fails to live up to the quality standards of its namesake, providing a very mediocre RPG experience with little to distinguish it other than its name and a few elements of its setting.  It may have been a passable, if unremarkable, attempt at a portable RPG in 1992, but as technology grew and standards for the genre vastly expanded with a series of major hits in the early to mid `90s, Gaiden was destined to be forgotten.  This, paired with the fact that it seems to have been retconned out of canon with Phantasy Star IV's plot being reworked over its development period, means that this is a title whose sparse scraps of value will only be seen by the most die-hard fans of the series. 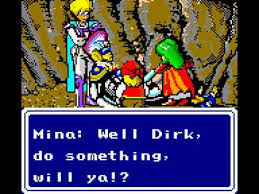 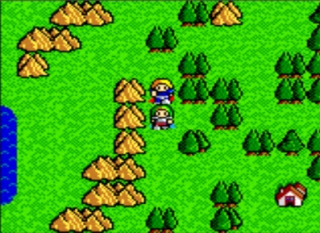