After a very successful but somewhat divisive remake of the original X-COM, the stage was set for a sequel.  But does Firaxis's XCOM 2 help the franchise step out of the shadow of the original game's legacy, or does it simply provide a by-the-book entry for the franchise 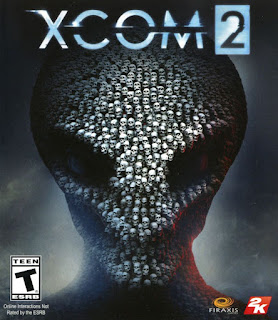 X-COM: UFO Defense is a game that remains highly regarded among fans of classic PC games even today, and for good reason - it was a brilliant blend of tactical combat, business management and even had a touch of RPG style character building, requiring you to train up your army gradually and improve their skills through combat (and hope they didn't get taken out by a fatal reaction shot or an exploding gas station).  It had a number of sequels and spinoffs in the following years of varying quality, but none ever quite matched up to the first.  In the early 2010's, a reboot was announced; however, it quickly drew heavy criticism from fans, seemingly discarding the deep strategic element of the series in favor of a generic first person shooter experience.  The developers did take this criticism in stride, though, reworking the gameplay considerably to make it a squad-based tactical shooter (somewhat akin to Mass Effect in gameplay), and retitling it to "The Bureau: XCOM Declassified" to cement it as a spinoff rather than a proper entry, though it still only got middling reviews and sales were lackluster.  Alongside it came something more in line with fan expectations - a turn-based tactical combat experience that put focus on training your squad, managing their finances and developing new equipment to even up the odds in battle.  It was well-received and commercially successful, though it still felt a bit simplified and didn't break much new ground for the franchise in terms of storytelling or mechanics.

XCOM 2 was released four years later, serving as a direct sequel to the reboot.  Rather than attempting to copy Terror from the Deep or Apocalypse's scenario, though, it took a considerably darker turn.  The game is set on a future Earth where XCOM lost the war early on and the aliens (now under the collective name "ADVENT") have become a part of everyday life, using their technology and control of the media to keep the populace under control and blissfully unaware of their genocidal acts.  XCOM now exists as a rogue faction centered out of a single carrier ship called the "Avenger", waging a desperate guerilla war against the aliens and trying to prevent their mysterious "Avatar Project" from coming to fruition; this effectively serves as a time limit hanging over the game, as if the project does reach completion it's an immediate game over.  Taking some undercover actions and completing certain types of missions can set back the project's progress, but not stop it entirely, so that becomes another strategic element you must factor into your choices.

As in Enemy Unknown, your generic soldiers start off as a plain "Rookie" class, but after gaining experience will be randomly promoted to one of four prefab classes.  Grenadier is similar to the first game's Heavy class, able to equip heavy armor and carrying a minigun-style cannon (capable of shredding enemy armor) and a grenade launcher.  Rangers function similarly to the first game's Assault class, specializing in close-quarters combat with rifles, shotguns and even melee weapons.  Sharpshooters function similarly to the Sniper class, taking long-ranged shots that consume an entire turn or, in a pinch, relying on close-quarters combat with a pistol. Specialists serve as a support class, using a flying drone called a "Gremlin" to aid allies, hack enemy electronics and even stun enemies with electrical shocks.  A fifth option exists as well once a Psi Lab is built - the Psi Operative, who unlocks powerful skills that aid allies and hinder enemies, though they only improve by training in the Psi Lab, not through battle.  The expansions add a few more you can recruit through special missions - cybernetic soldiers called SPARKs, the stealth-utilizing Reapers, the psionic melee-fighting Templars, and Skirmishers - renegade ADVENT soldiers who ally with the resistance.  Naturally all of said classes have a variety of customization options - gear, abilities, skins and overall stats - so you still have plenty of leeway to customize your team as you see fit even if there's only a handful of overarching classes to choose from.  (And of course, those playing the PC version have plenty of mods to introduce more classes if they wish.)

Gameplay remains largely similar to the XCOM norm - battling enemies, researching their tech to enhance your own loadouts, scavenging for resources, and of course dealing with the odd special mission to either deal a heavy blow to ADVENT's schemes, gain new allies in the resistance, earn much-needed resources, or just fend off a direct attack on the Avenger.  Fitting for the dark setting, characters who suffer serious harm in battle can also gain debilitating "negative traits" - being fearful of a certain enemy type, compulsively reloading their gun if it's not at full, panicking when on fire, and so forth.  These can be cured in the infirmary, though it puts the soldier out of commission for several days to overcome their fear.  Another changeup comes with the War of the Chosen DLC which adds three powerful bosses called "the Chosen" who can randomly intrude on any mission you undertake.  They are persistent and very dangerous, but you will eventually be able to uncover a way to defeat them permanently through a special mission - this not only prevents them from bothering you in future missions, but will give you access to their (very powerful ) weapons for your own use.

The game does add a few new mechanics to the core combat experience as well.  One that comes in fairly quickly is Armor, which reduces all damage taken on both you and enemies; however, some weapons (gatling guns and explosives in particular) will damage it, lowering the threshold, and a handful of abilities can even bypass it entirely, so it's not something you can rely too heavily on.  Stealth is another prominent one - you begin most missions undercover and can move freely, though if you're seen by an enemy or launch an attack, the enemies will begin to come after you in earnest; this gives you an attack to secure advantageous position before going loud.  Reapers work slightly differently here, in that their attacks only have a chance to reveal their position - they can potentially stay hidden and pick off a few foes before the jig is up (though the chance of staying hidden gets substantially lower each time).  Thus, stealth is engineered to be a strategic element that will be quite useful, but it's not a total balance-killer as in some games.

In my view, XCOM 2 is a masterpiece.  Enemy Unknown was a worthy remake, but it felt a bit overshadowed by the 1994 classic in terms of overall depth, variety and scope.  XCOM 2, however, really allows  the reboot series to stand its own, paying homage to everything that made the series a hit while also feeling very fresh.  It plays well to the original's strengths while also working in Firaxis's talents for keeping you on your toes with a variety of randomized events, inventive mechanics and a constant air of uncertainty, ensuring that every decision you're presented with is one you have to weigh the risks of carefully.  A fantastic tactical experience that any fan of the genre should play. 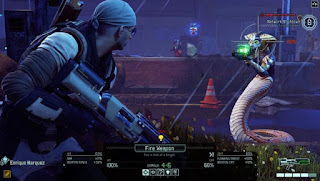 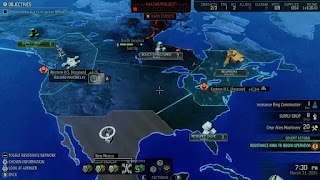 Developer: Firaxis Games
Publisher: 2K Games
Platform: PC, OS X, Linux, Playstation 4, XBox One, Switch, iOS, Android
Released: 2016, 2020, 2021
Recommended Version: The PC version is a personal favorite, as it allows for modding that introduces anything you could want - more classes, more enemy types, more equipment, a much longer campaign if that's your thing, and all sorts of voice packs and even guest characters, both serious and silly.  A personal favorite being one that adds a mission to recruit none other than Duke Nukem - rather appropriate considering the theme of both his native game and this one.  (I've also added 2B from NieR, Max Payne and even Bob Ross to my squad with other available mods.)