Microprose is a name well known to old school PC gamers for their in-depth simulation games that don't sacrifice playability and fun along the way. X-COM was a combination of a turn-based tactical combat game and a business sim, having the player build and manage an army to repel an invading alien force.  But does the game's complexity and high degree of challenge still play well today, or is it left behind by numerous other games of similar concept? 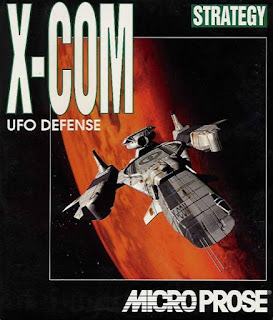 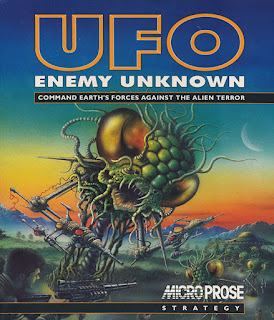 (The game is known as UFO: Enemy Unknown in Europe and X-COM: UFO Defense in North America. the 2012 remake combines the two titles together into XCOM: Enemy Unknown, which makes Googling rather tricky!) 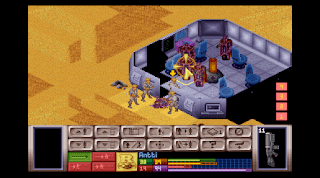 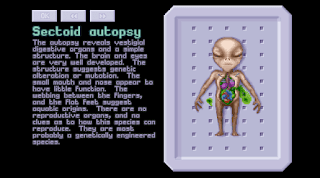 Developer: Mythos Games
Publisher: Microprose
Platform: PC (DOS/Windows) Amiga CD32, Playstation
Released: 1994, 1995, 1998
Recommended Version: I've only personally played the DOS version, but I have heard that the Playstation version is missing some elements of its computer counterparts (like dynamic lighting).  The DOS version is also the most widely available nowadays, being available on Steam for about $5 USD.
Labels: ⭐⭐⭐½, 👑, 1994, Full Reviews
Newer Post Older Post Home