Vanillaware's first real breakout game in the west, Odin Sphere was an odd fusion of genres, combining elements of RPGs, scrolling beat-em-ups and parallel-plot storytelling under one banner.  Its 2016 remake retains the company's gorgeous hand-drawn artwork while polishing up its gameplay, but does it prove a worthy upgrade to adopters of the original, or is this the archetypal bad remake? 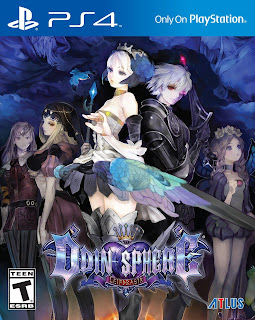 Vanillaware is a pretty well-known company these days, having made hit games like Dragon's Crown, Muramasa: The Demon Blade and, most recently, the visual novel/real time strategy hybrid 13 Sentinels: Aegis Rim.  They weren't always a popular name, though; in fact, their first game to be released in the west (GrimGrimoire) was a pretty big disappointment in terms of sales.  Odin Sphere was their second to be released and fared considerably better despite its relatively late release on the Playstation 2.  It sold well enough to become their first international hit, though criticism was directed at performance issues and some awkwardly-implemented mechanics, as well as the overall stiff combat.  Years later they had planned to do a remaster, but owing to strong sales of Dragon's Crown and availability of development resources, sprung for a full remake instead.

The result is a visually impressive one, for sure.  George Kamitani's artwork (mostly built from the original assets) is incredible to behold in HD, highlighting his exaggerated style and beautiful character designs in fine fashion.  The often-laggy framerate of the original version is upgraded to a smooth 60 FPS, and the addition of additional combat moves (including a launcher, a diving attack and a much-needed defensive dodge) make battles much more fun this time around.  Other mechanics have been overhauled too - Phozons released from defeated enemies are automatically absorbed by the player (instead of having to do so manually).  The inventory system was also overhauled, as were the alchemy  and cooking systems.

At its core, the gameplay is much the same as the original version - a side-scrolling beat-em-up style of game with some RPG elements mixed in.  Winning battles earns you items and money, as well as character points Phozons.  Phozons and character points can be used to upgrade your abilities, but the former also tie into the game's primary experience gaining mechanic.  Rather than simply earning points for defeating enemies, the brunt of your experience is gained by eating things - you can plant seeds, feed them some phozons to get them to grow, and eat the resulting fruit, or visit restaurants (or butcher animals) to get meat; both options will give you experience, as well as boost your maximum health.  Potions can also be brewed using combinations of mandragoras in bottles, as well as given more powerful effects by adding more ingredients to them (usually more fruits or mandragoras).  These serve not only to heal you and recover from status effects, but as powerful, one-use magical attacks that may also get you past some obstacles; for example, extinguishing flames in your path.

The game's presentation is a clever one as well.  The game opens with a young girl in her attic, reading books she finds that tell each of the playable characters' stories.  One can also interact with Socrates the cat to view previously-seen cutscenes.  Throughout each character's story one will also find a number of notes and scrolls to fill in story beats which, in Leifthrasir, are presented as actual books, handwritten notes and scrolls in a virtual library that you can peruse; a lot more visually interesting and cleverly-presented than the unbearably dry Plot Codices of so many modern games.

Odin Sphere: Leifthrasir proves to be a very worthwhile remake, retaining everything that made the original a hit while adding a very welcome degree of polish to just about every facet of its gameplay.  It's a gorgeous game visually, with some imaginative worlds and character designs and some gorgeous animation, and it's got quite good orchestral music and voice acting to compliment its mood.  Extra scenes and stages were added from the original version as well, so in short, Leifthrasir is bigger, better and prettier than the original in every way that matters.  A gorgeous fantasy action-RPG experience with rather monotonous combat and, considering its style, a rather punishing length.  Still, as a fan of Vanillaware and their amazing art, it's worth a play on the merits of its incredible presentation. 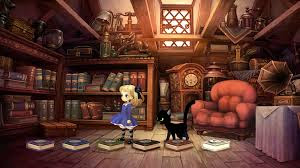 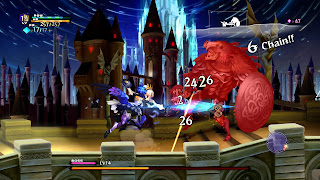 Developer: Vanillaware
Publisher: NIS America
Platform: Playstation 3, Playstation 4, Playstation Vita
Released: 2016
Recommended Version: I have only played the Playstation 4 version, but I have heard it's the best of the bunch, with a consistent 60 FPS 1080p presentation.