Game Arts' breakout game is doubtlessly Lunar, but not nearly as many people talk about Grandia.  And it's a shame, as I actually think it's a fantastic series, with the first game in particular even surpassing Lunar in its sense of adventure, wonderful characters and overall fun design, and I'm glad it's available on modern platforms alongside its sequel in the Grandia HD Collection.  As with many late '90s games, though, it had a spinoff on a portable platform; this time as a Japan-exclusive on the Game Boy Color.  The plot stars a character called Yuuhi who, along with his friend and rival, are pulled into the world of Grandia, and he must ally with the familiar protagonists of that game to reunite with his classmates and return home.  It incorporates some of the actiony elements of Grandia's dungeons, having you jump pits, avoid hazards and solve puzzles to progress, and even has quite a few familiar musical beats from the original game.  Combat is changed up to be  a turn-based experience, though still incorporating Grandia's Initiative-Point based combat to a degree - after selecting an action you can choose where to place a character on the timeline, and having several characters act in succession can combine their moves together into new, damaging combinations for extra damage and effects (like hitting all enemies on the field or inflicting a different type of elemental damage).  Actions themselves are tied to a collectible card element; you find new cards by winning battles or as treasures in the field, and you can then equip them on characters to use them in battle, or combine two cards together to potentially get a new type of card, or two similar cards to combine them into a more powerful version.  It all feels a bit like it's hopping on the bandwagon of Pokemon, Digimon and similar collect-em-all games of the time, but it's at least a well-executed and entertaining experience.  Grandia fans will definitely get the most out of it, though. 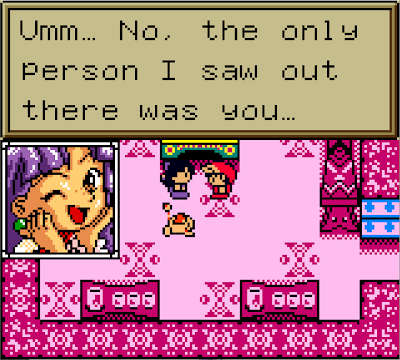