Shantae and the Seven Sirens

The fifth game in the Shantae series, a modern classic by fan-favorite indie developer WayForward.  But does it prove to be another fun adventure starring the half-genie hero, or is this a forgettable entry in the series? 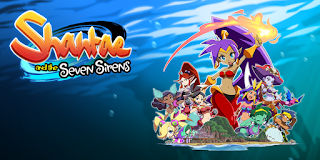 Shantae is an open-world action adventures series beloved by fans of indie games, though it was something of a slow-starter for Wayforward; the original game was released in 2002 for the Game Boy Color - a year after the Advance made its debut - and was widely overlooked as a result, though it nonetheless gathered a small but dedicated following.  Risky's Revenge, released eight years later, marked the series' return and brought it newfound attention, and since then it's only grown in popularity, with all of its games seeing multiplatform releases and even physical copies (including a reprint of the original Game Boy Color title by Limited Run Games).

The previous title in the series (Half-Genie Hero), while well-received overall, did draw some controversy from long-time fans.  Its format was changed into more of a stage-based one, similar to the Mega Man titles, and it was the first in the game to feature downloadable content - a sticking point for many fans and Kickstarters backers who bought a physical copy only to not get a definitive version.  Seemingly as an answer to that, Seven Sirens goes back to a more open-world format similar to Metroid, with the player gaining new abilities and able to open new paths with them throughout the story.  They also confirmed that there is no planned DLC for the game, and that it would in fact be released as one complete experience (save for the early release on Apple Arcade, where the second half of the game would be added later as a free update).

Seven Sirens is also easily the most lavishly produced Shantae game so far, showing off a flashy opening animation by Studio Trigger right out of the gate and having more throughout at key story scenes.  Character animation and voiceover remain equally strong, with a charming cartoon style and some surprisingly good voice-over throughout; most special abilities Shantae wields even have multiple voice clips, preventing the audio from getting too monotonous.  The soundtrack remains as strong as ever too, though taking on a much different style from the heavy Arabian influence of earlier games and instead opting for more of an 8-bit chiptune style.

Gameplay at its core remains much the same as earlier Shantae games, having the eponymous heroine defeat enemies by whipping her hair at them and a number of sub-weapons, both of which can be upgraded throughout the adventure.  Throughout the story the player also unlocks a number of transformations that allow them to traverse previously inaccessible areas (like the "Gastro Drill" that can burrow through dirt).  Unlike previous games, though, these are separated from Dances, which serve a similar purpose of their own - different dances are unlocked as one clears dungeons, and these too can open new paths - from charging electrical objects to revealing hidden platforms to restoring life to withered plants (which also restores some of Shantae's health).

Another new gameplay element are the enemy cards.  A collectible slightly similar to the Soul system from Aria of Sorrow (or the Shards from Bloodstained), defeating enemies sometimes causes them to drop cards.  After you collect enough of a certain type, they can be equipped to one of three slots to give stronger abilities - boosting the strength of a sub weapon, getting more effect from food items, reducing magic required for a specific Dance, to name a few).  A few common-sense improvements are added compared to other games, though - at a certain point in the story, one can sell extra cards for cash, and another collectible - Nuggets - can be traded for rare cards that can't be acquired elsewhere.

As per the rest of the series, Seven Sirens is relatively short - roughly 8-12 hours for a first playthrough - but it does attempt to introduce some replay value.  There are a few pieces of art unlocked after completing the game normally, for 100% completion, and meeting both goals in under a set amount of time.  A New Game Plus mode is also unlocked after a first playthrough, letting the player revisit the story with more magic, but lower defense, which changes up the strategies they must employ to defeat bosses and finish the game.

Shantae and the Seven Sirens, like those before it, proves to be a charming and fun adventure, bringing a strong sense of humor and a generally fun cartoony style to a genre largely dominated by eerie alien settings and minimal narratives.  Many of my complaints about earlier entries - awkward enemy placement, a large focus on backtracking and tedious backtracking - have been addressed here too, making this arguably the series' finest entry yet.  Some may balk at the asking price of $30 for a game that averages around 10-15 hours a playthrough, but in my book, it was worth every cent.  Highly recommended. 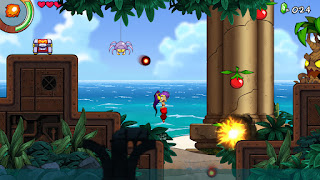 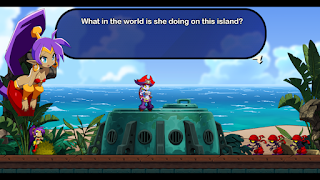 Developer: WayForward
Publisher: WayForward
Platform: iOS, MacOS, PC, Playstation 4, XBox One, Switch
Released: 2019
Recommended Version: All versions seem to be mostly the same, though I did notice some lag and choppiness in a few areas in the Switch version.