A prequel game to Sega's hit Yakuza franchise, starring series protagonists Kazuma Kiryu and Goro Majima in an open-world RPG experience.  But does it retain the series' charm as well as those that follow it chronologically, or is this game, like its title, a zero? 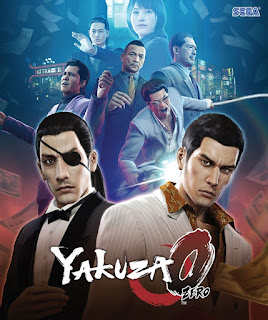 Yakuza is a modern franchise celebrated among RPG fans and open-world action fans alike, melding elements of both into a relatively realistic world of organized crime drama.  However, it also has a surprising sense of humor about itself, with a lot of exaggerated characters, silly moments and questlines and some downright funny dialog in places, so it's not all betrayals, violence and murder despite its premise.

However, despite being around since the days of the Playstation 2, it wasn't until relatively recently that its popularity really began to pick up in the west.  The series remained a low-key cult favorite throughout the PS2 and PS3 era, though its popularity was hampered by a sporadic release schedule and a lack of marketing from Sega.  When the Playstation 4 began to take off, though, Sega began to take its fanbase more seriously, releasing later games with heavy fanfare and, through an aggressively compressed schedule of updates and remakes, eventually got every mainline game in the series ported over to the platform (with the 7th entry slated for later in 2020).

Yakuza 0 - a prequel to every other game released thus far - is one of the first I recall to really take off, affording long-time fans more of what they liked while newer fans could jump on board, confident that they could understand its storyline without having played the previous games.  Sure enough, the main storyline follows Kazuma Kiryu in the earliest days of his career, being framed for a murder at a piece of real estate coveted by several members of the Dojima family.  Suspecting a cover-up among his superiors, he departs the Tojo clan and begins an investigation, hoping to clear his own name as well as his mentor's.

As ever, Yakuza makes no secret of its brutal melee combat, with vicious and bloody fights being a near-constant occurrence.  In addition to four different fighting styles, you can pick up and wield almost anything you find in the environment as an improvised weapon, from bicycles to signs to parking cones.  Building up one's heat gauge unlocks new moves, as well as special moves that play all sorts of vicious animations - pinning an enemy to a wall and unleashing a flurry of punches, picking up a downed opponent and smashing their face in, and dropping them back-first over a railing, as well as many others, make very effective and brutal ways to finish off foes.  Indeed, you get into fights so often as you wander around that finding new animations and weapons to wield becomes as much a part of the experience as quickly dispatching foes to maximize bonuses.

One can also purchase a number of upgrades for each of their four fighting styles, granting a number of positive effects - new moves, faster charging and slower decay of the Heat meter, or just extra health so you can take a few more hits in a fight.  This is done somewhat unconventionally, though, in that there isn't really an experience System in the game - instead, you spend money.  You upgrade your skill trees with it, you buy healing items at shops and bars, and equipment can be randomly acquired by spending money at vending machines or completing sidequests - both defensive items and more traditional weapons like baseball bats, knives and even firearms (though these still have limited usage, so they should be used sparingly).  Hitting certain milestones in the game, such as defeating a certain number of enemies or earning a set number of cash, also earns the player Competion Points, which can be spent at the shrine to earn upgrades, letting them dash longer, earn more money from fights, or occasionally spawn enemies that carry large amounts of money (distinguishable by their golden suits).

Yakuza as a franchise also quickly became famous for its dense design - despite the game mostly taking place in a relatively small geographical area, it's one that really does feel like a district of Tokyo, with no shortage of things to see and do.  There are a lot of shops, restaurants and bars to visit, NPCs to interact with, dozens of side-quests to undertake (only a handful of which have anything to do with the yakuza), and a lot of of full-fledged minigames give you no shortage of things to do.  Some of these are just included for fun - notably a few classic Sega arcade games like Outrun, Super Hang-On, Fantasy Zone and Space Harrier - but others can provide you tangible benefits and side-stories too.  You can earn prizes at the batting cages, compete in bowling, Mahjong and Shogi to earn money and meet new characters, and, later in the game, even have the opportunity to manage a hostess club for a variety of benefits (and reunite with numerous characters from elsewhere in the game), among many others.  One of the more controversial series additions, Pachinko, is absent in Yakuza 0, so completionists need not fear there; however, you'll still have to learn other very Asian games like Shogi and Mahjong.

Basically, Yakuza 0 was the shot in the arm the series needed.  A prequel story that allowed new players to dig into the franchise for the first time, and showing off the best of what it had to offer - dense design, inventive combat, a captivating storyline with plenty of twists, and a solid sense of humor in spite of its dark themes.  Between it and Yakuza Kiwami (a remake of the first game) and the numerous HD ports released since, the franchise has finally gotten its big break in the west, and I for one am glad it has, because Yakuza is great. 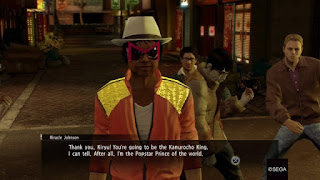 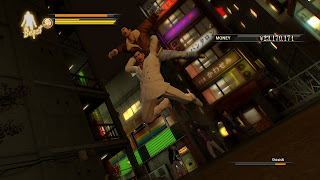